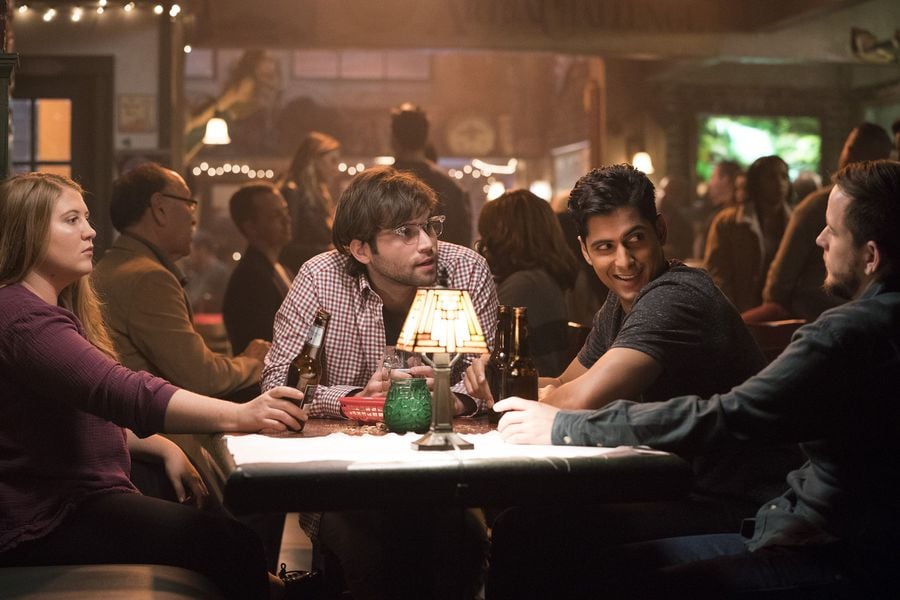 Grey's Anatomy started out following a group of interns. Meredith Grey, Cristina Yang, Alex Karev, Izzie Stevens, and George O'Malley spent the first season fumbling around the halls of Seattle Grace Hospital, competing for surgeries and scrapping to get onto their favorite attendings' service. They were greener than green, but they had a fierce desire to learn, and one of the joys of watching the show was in getting to witness them claim small victories as they also grew closer together, learning to lean on one another despite their vast differences.

In the 15 seasons that have followed, this inaugural intern class has grown up. Two have left, one has died, and the remaining two are now the chiefs of their respective departments. But every few years, Grey's Anatomy brings in a new group of "chicks and ducks," as Arizona Robbins once affectionately dubbed them, and the dance starts all over again. Some intern classes have brought in characters who integrated themselves seamlessly into the alchemy of the show, like Lexie Grey or Jo Karev, while others have quietly faded into oblivion (remember Isaac Cross? Steve Mostow? Yeah, me neither). Most of the time, it becomes clear pretty quickly which interns are supposed to leave a lasting impression, and which are supposed to serve mostly as glorified extras.

However, the current crop of interns has been around for two full seasons now, and I still have a hard time even listing all of their names. (I can do it if I concentrate really hard, but it takes a minute, and I still don't actually know Helm's first name. Apparently it's Taryn. You're welcome.) A few have managed to squeeze out some small storylines — Sam Bello was Andrew DeLuca's love interest for a while, until she had to suddenly flee the country, Casey Parker got to flex his hacking skills in one episode, and Levi Schmitt has had a very sweet and romantic coming-out arc this season with orthopedic surgeon Nico Kim — but for the most part, the interns tend to exist mostly in their own little bubble, largely ignored by the main cast and plot lines of the show.

"The interns tend to exist mostly in their own little bubble, largely ignored by the main cast and plot lines of the show."

Only Jake Borelli, who plays Levi Schmitt, has been promoted to a series regular for the show's 16th season, but I hope they bring back the whole group. Not only is this one of the most diverse groups of interns the show has had, but whenever we do get a little glimmer of these characters' personalities, it seems like there's a lot of potential for interesting stories there.

If the show wants us to become invested in these characters, it needs to show us more of their lives outside of scut work and case-of-the-week exposition. Let us see where they live, what they do in their time off, who they hang out with, and what they talk about. Give them actual friendships, and show us what they care about. With a cast as large as Grey's Anatomy's, it's easy for characters to fall through the cracks, and while it's doubtful that the show would ever want to devote a significant amount of time deepening the characterization of the interns, it doesn't seem like it should be too much to ask for them to get at least a little bit more fleshed out.

Maybe Casey could bond with Owen or Teddy over their shared military background, or Qadri and Maggie could realize that they are both nervous talkers who have a hard time controlling their facial expressions, or Levi could start a Dungeons and Dragons group with Link. Maybe Helm comes from a prestigious family like Jackson and Meredith, or has a great love of Italian cinema that endears her to DeLuca.

But the interns don't even have to grow close to the main cast in order for me to care about them; it could be just as effective to see them growing closer to each other. We've seen the doctors of Grey's Anatomy do everything from painting each other's apartments and giving each other haircuts to bailing each other out of jail. The sky's really the limit as far as extracurricular interaction goes, and even a brief glimpse into their lives outside the hospital could go a long way.

Whatever happens with the interns in season 16 and beyond, I hope that if they stick around, the show finally finds a way to allow us to get to know them a little better. At least enough that I can finally list all their names — first and last — without breaking a sweat.

by Alicia Geigel 50 minutes ago