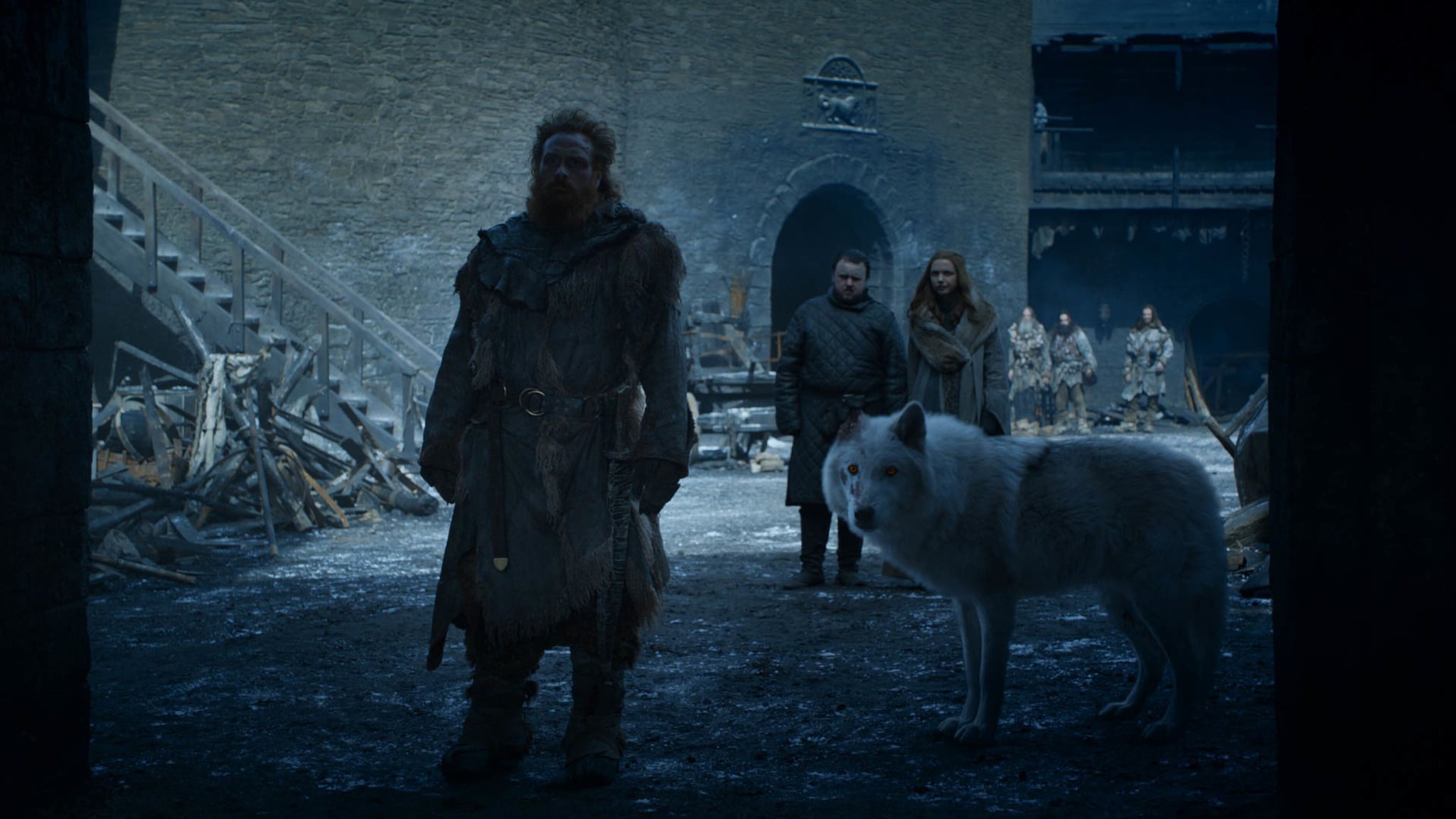 Throughout all the stress of watching all our favorite Game of Thrones characters try to evade White Walkers in the Battle of Winterfell, we had a very important question: is Ghost alive?! As it turns out, yes, Jon's loyal direwolf survives the battle! But, like much of the show's history, with good news comes bad news. Even though Ghost is very much alive, it looks like we may not actually see him again. Um, excuse me?

While the survivors of the crazy battle all try to figure out what's next (for several of our main players, that's heading to King's Landing), Tormund tells Jon that he and the Wildlings plan to head back beyond the Wall. Even though Jon counters that they're always welcome in Winterfell, Tormund says it just doesn't feel like home. Jon seems to understand that — but then, in a heartbreaking twist, he tells Tormund to take Ghost with him.

This seems like a pretty nonsensical move at first. Ghost belongs with Jon! All the other Stark direwolves are dead or out in the wild! How will we get our cute wolf fix now?! But if you think about it longer, it does make some sense. If you compare Ghost to Jon, they both are a bit out of place among their peers. To start, Jon feels different because he thinks he's Ned Stark's bastard rather than his trueborn son. Now, Jon is struggling with the fact that he's not only a legit Stark, but also a Targaryen, and what that means for his family. Likewise, Ghost is the albino runt of his litter and goes unnoticed upon his litter's discovery. And as Jon grows unsure of whether or not Winterfell can even be considered his home, he thinks that it's perhaps not a fitting home for Ghost either and that the direwolf should be out in the wild where he came from.

Regardless, it's still ridiculously sad that we didn't even get to see Jon actually bid farewell to Ghost, especially when he and the direwolves haven't shown up much in later seasons. Maybe he's confident that they'll reunite someday? Maybe he's just terrible at goodbyes? The show initially makes a big deal about the discovery of the Stark's litter because no other direwolves have been spotted south of the Wall in over 200 years, so it stands to reason that this goodbye (or lack thereof) could very well be the last we've seen of the direwolves. Cross your fingers that Ghost comes back — or that Nymeria, Arya's direwolf whom she got separated from and was last seen in the wild, makes a surprise appearance!