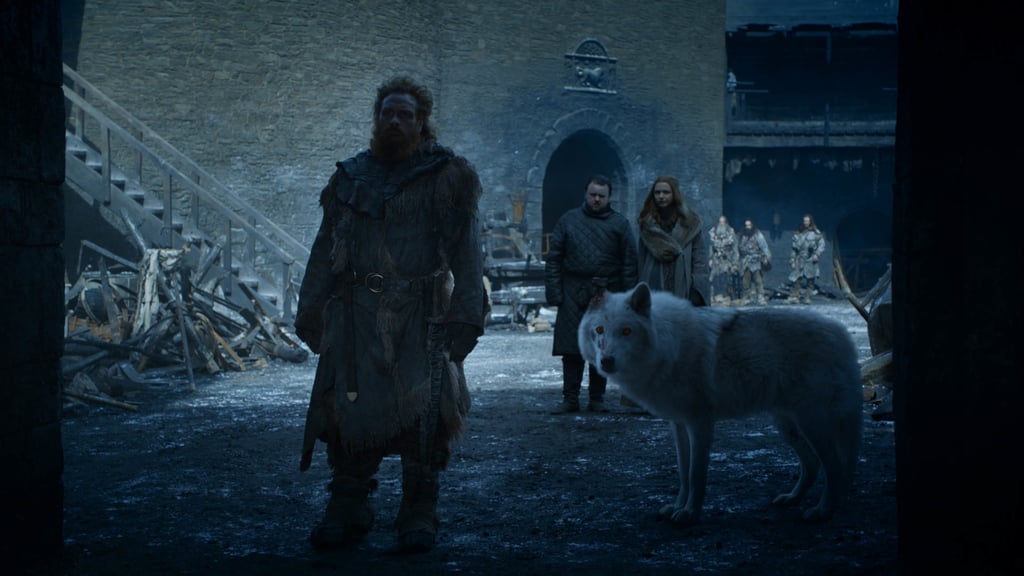 Game of Thrones Fans Are Calling Jon Snow Out For What He Did to Ghost, and I Kind of Agree

Hold the door, because I have a lot of emotions to work through right now, and they're all related to the most lovable character on Game of Thrones. That's right — I'm talking about Ghost. After surviving the Battle of Winterfell, the only remaining Stark direwolf might have just said his final farewell, and I'm not emotionally prepared to handle it.

ICYMI, Tormund decides to head back to the "true North" with the rest of the Free Folk now that the Battle of Winterfell has been won . . . and because their home isn't overrun by frozen zombies anymore. In an effort to do what's best for his beloved pet, Jon asks Tormund to take Ghost with him so he can run free — without even petting his loyal direwolf goodbye. Come on, Jon, seriously?!

After being MIA for literal years, Ghost definitely deserved some more screen time. In the words of Jon Snow, "It is our duty and our honor to keep them alive in memory for those who come after us and those who come after them, for as long as men draw breath." Ghost isn't dead, but it looks like fans certainly won't be letting his memory die anytime soon. See reactions to Ghost's final appearance ahead.

Related:
All Hell Breaks Loose in the Preview For Next Week's Game of Thrones Episode
Previous Next Start Slideshow
Game Of ThronesTVTwitter Reactions