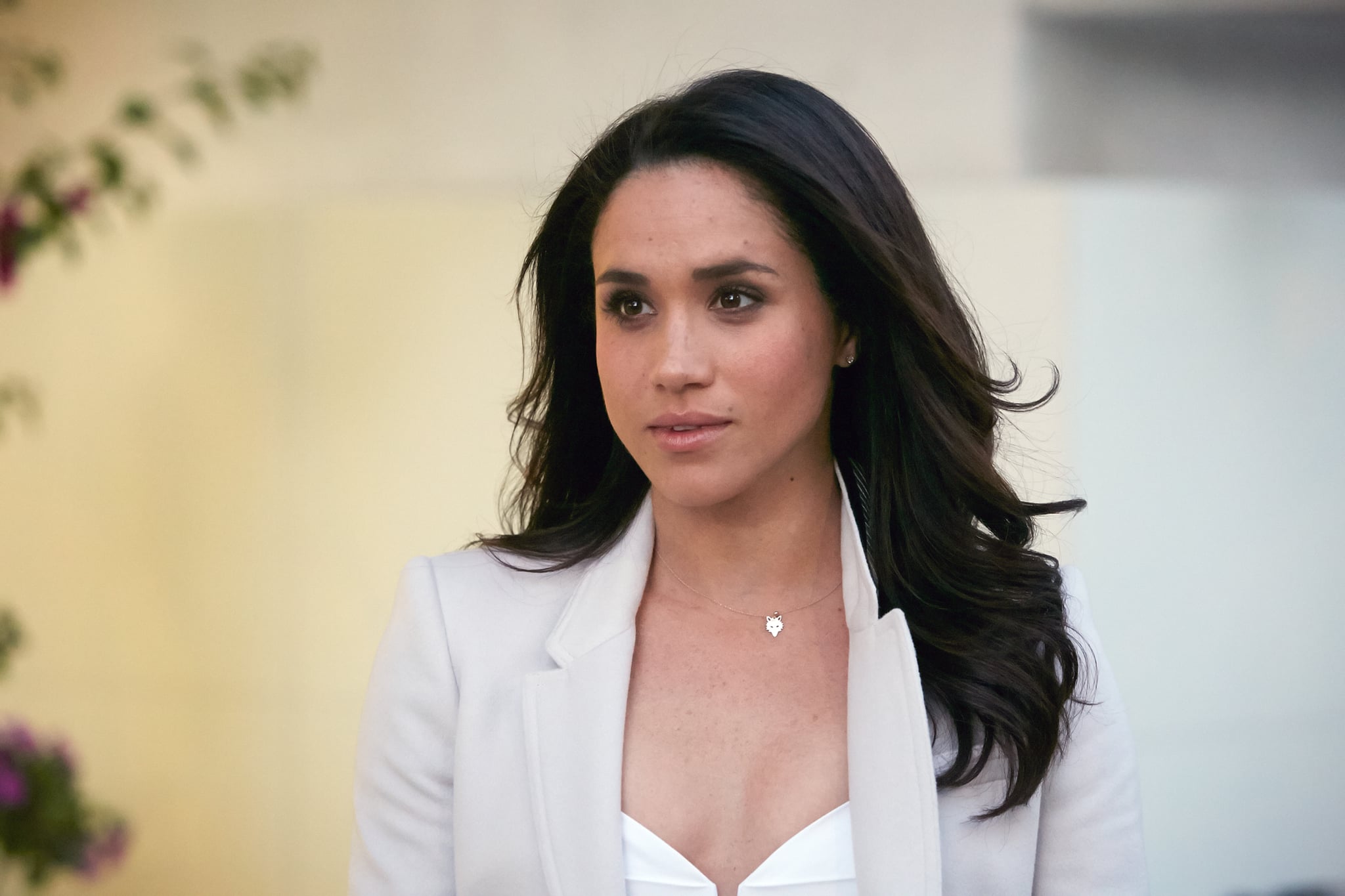 Meghan Markle and Prince Harry are in the midst of enjoying the early days of their exciting engagement, but for fans of Suits, a few questions about Markle's departure from the show still linger. How will the USA legal drama wrap up her character, Rachel? Will the long-awaited wedding between her and Mike (Patrick J. Adams) really happen?

In a recent interview with Radio 4's Today, Suits creator Aaron Korsh shed some light on the situation. Apparently the writers have been anticipating Markle's exit from Suits for quite a while now, which hopefully means they've had more than enough time to end her story on the perfect note. According to Korsh, he and the writing team realized that the relationship between their lead actress and Prince Harry was "burgeoning" and that she probably wasn't going to stick around for long.

"I sort of had a decision to make because I didn't want to intrude and ask her, 'Hey, what's going on? What are you going to do?' So . . . collectively the writers, we decided to take a gamble that these two people are in love and it's going to work out," he explained.

"What we decided to do was as the season progresses say, 'Look, I would rather have good things happen to Meghan in her life' — which would likely mean her leaving the show," Korsh added. "So let's plan on that and it's much easier to undo that, if it came to it, than to just plan on her staying forever and then finding out she's going to go. And the only way to write a character out like that would be if they got hit by a bus or something."

Us Weekly shared in November that a wedding scene featuring Markle and Adams was reportedly filmed inside a Toronto hotel, which definitely makes us think the end to their lengthy runs on Suits will be satisfying for fans. Not only that, but Markle definitely appears to have left on good terms. After news of her engagement went public, Korsh reached out on Twitter to share his congratulations:

Congratulations to Meghan Markle and Prince Harry on their engagement. Wonderful news, I wish you both a lifetime of happiness. Love, Aaron

USA also released a heartfelt statement honoring her time on the show, writing, "Fans have long admired Markle's character Rachel Zane for her tenacity and integrity, rising in the ranks at Pearson Specter Litt from a promising paralegal to a full-fledged lawyer who was part of Harvey's core team. Through the toughest of times -- whether professional or personal -- Rachel has proven to Suitors around the world that it's always worth it to fight for what you believe in and never lose faith in yourself."

Music
From Diddy to Brandy, Check Out the Best Performances From the 2022 BET Awards
by Monica Sisavat 15 hours ago