Adam Brody is a natural when it comes to comedy, and the same can be said with his latest film, The Kid Detective, which was released on Oct. 16. Though slightly darker than his previous comedic roles like Gilmore Girls and In the Land of Women, his character Abe is still just as intriguing. The film — which was written and directed by Evan Morgan — follows Brody as a former kid detective who is still solving minor cases around his small town as an adult — that is, until a teenager named Caroline approaches him with his first adult case to figure out who murdered her boyfriend.

Intrigued? So was Brody when he got the script about five years ago. While chatting with POPSUGAR, the actor said he was immediately drawn to the project because of Morgan's writing. "He's just got a great, specific, super funny, super sharp, very poetic and deep writing style," he said about the writer and director. "There's that and then, it's just very funny on the surface, and the more you dug, the more depth there was. But also, I love the idea. It's a very high concept, fun, pop corny idea, and that gets you right away. That didn't hurt either."

He also loved how funny Abe's character is. "Almost everything he says is funny. I'd say every other line is — it's not like huge gags, although, there are some fairly big gags in the movie — but there's such a naiveté, such an occasional selfishness. I just love the humor. The screenplay's so sharp and witty the whole time and I just love saying Evan's language that cut it. It just rolls off the tongue, for me anyways. It's a very nice fit on one hand." 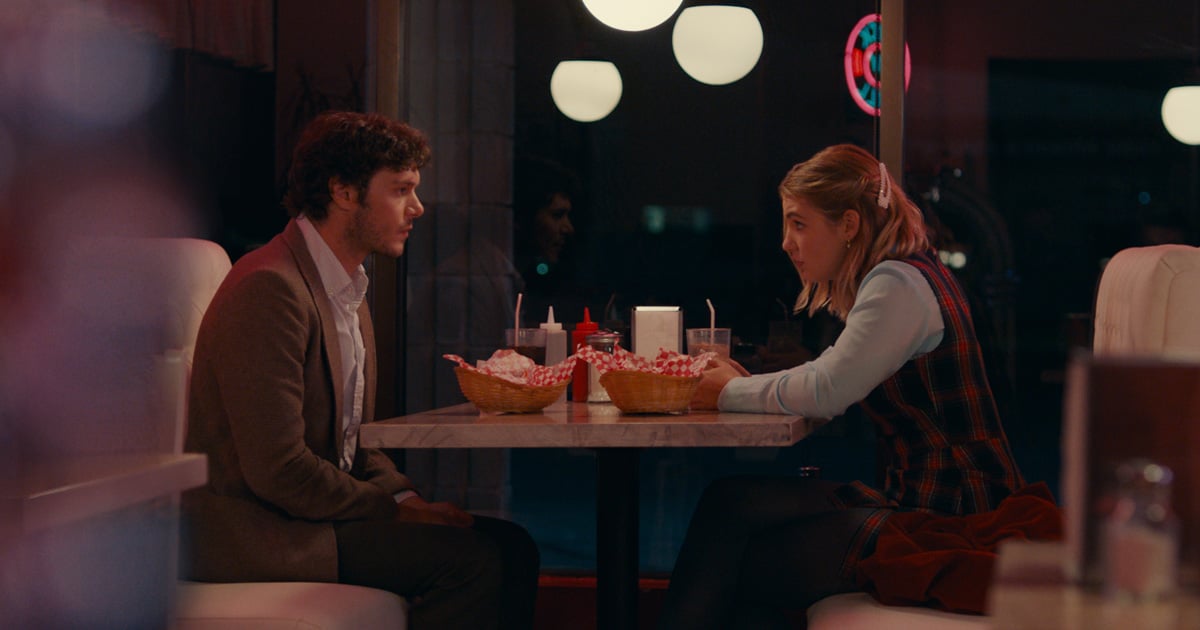 Despite the comedic moments, the film does get progressively darker as Abe tries to solve the murder of Caroline's boyfriend. One of the final moments at the end of the film will leave fans on the edge of their seats as Abe confronts a past childhood trauma. "I loved it. It stayed with me," he said about the film's big twist. "This is a screenplay that I'd been with for five, six years, and that image stuck with me in the beginning, the first time I read it, and just never left. I love the ending to this movie, and it's something that is rare. It's rare to have a really great ending or have an ending be the high of the movie in a way [and] build to something. It's hard to do. I remember in Ready or Not, that has such a great ending that I just read the screenplay and was like, 'Oh.' People had such a good feeling walking out of the theater. Leaving them here is great."

Similar to the film's many layers, Brody's career has taken on many different forms in recent years. He recently gained critical acclaim for the 2019 horror thriller Ready or Not and appeared in the action comedy Shazam! that same year. Brody's personal life has also changed a great deal as of late. After welcoming a daughter with his wife, Leighton Meester, in 2015, the couple welcomed their second child, a baby boy, earlier this year.

"[Being a dad] influences literally everything I do and the roles are certainly a part of that."

Brody adds that fatherhood has actually influenced the kind of roles he takes on to a degree. "[Being a dad] influences literally everything I do and the roles are certainly a part of that," he said. "It gives you such a heightened awareness. If I may critique movies at large, kids are our entire universe. Maybe when you're away at work, they're not, but if you're home and you're present, they are the center of the universe and they don't care about you. What I mean is, they don't care about your personal time. We can talk around them or have an adult conversation, but they'll pull you down at their level pretty aggressively, pretty quickly. I always think it's funny when there's a movie [and parents and kids are] all in a scene together and the parents are talking about parent stuff and the kids aren't as big a presence in the room, when it's not [not like that in real life]. It's chaos. It's great. It's wonderful. I guess my point is, [having kids has] certainly given me an understanding and the confidence to play a parent. I'm well-informed there and can bring some truth to that kind of role." 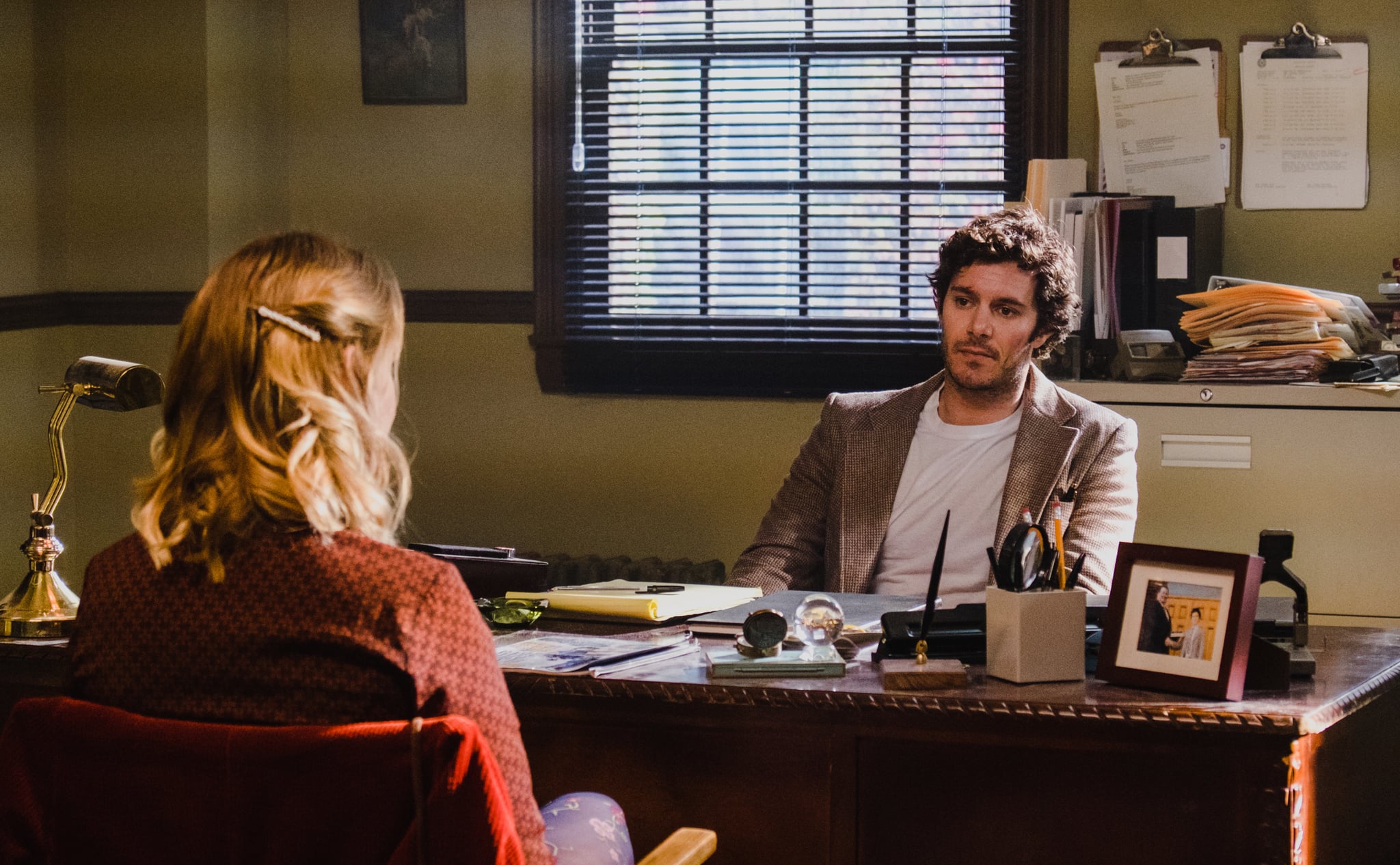 He has also become much more conscious of the types of movies he's introducing to his kids. "Most of the stuff that I've been watching the last five years, certainly the last three, [is] kid stuff. It's given me a whole new appreciation for children-oriented, kid-oriented stories, and how good a standard they have to be. You can watch something as an adult and you can just veg out and go like, 'I'm just going to watch The Bachelor.' With a kid, it feels dirty. It feels like you're just feeding them M&Ms or something. It just feels straight up bad for them. I know that there are plenty of people that argue that you shouldn't show them anything, [that] they probably shouldn't watch anything for a while, but we haven't held ourselves to those standards. But I do make sure it's all quality. Having a daughter, [which] I'm very thankful for, I've watched so many more female-centric stories. I have never really seen The Wizard of Oz. I'd never really seen Annie. I could go on and on. It's wonderful and it's better. When I think about all the stuff that I grew up on that I want to show her, it all just ends up being so violent. It's given me a whole new appreciation and a whole new library of stuff that I will end up showing my son instead of straight violence, which is so much of what I grew up watching and loved, but it doesn't necessarily build a better human."

Marry Me
Marry Me Isn't Based on J Lo's Real Life, but the Similarities Are Striking
by Alicia Geigel 1 day ago