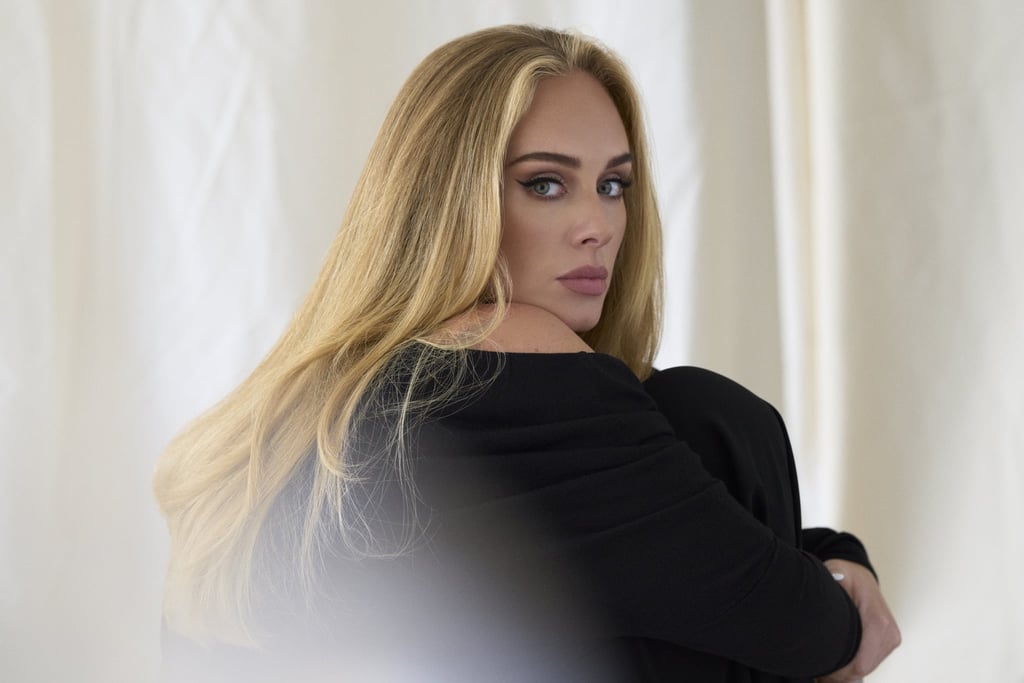 Adele's Emotional 30 Album Has Finally Arrived, and We're Already Deep in Our Feelings

After weeks of anticipation, Adele's 30 album has finally arrived! The singer officially announced the arrival of her fourth studio release on social media in October, after fans spotted a series of mysterious billboards with the number "30" across the globe. "I was certainly nowhere near where I'd hoped to be when I first started it nearly 3 years ago," she wrote in an Instagram post. "I've learned a lot of blistering truths about myself along the way. I've shed many layers but also wrapped myself in new ones. Discovered genuinely useful and wholesome mentalities to lead with, and I feel like I've finally found my feeling again. I'd go so far as to say that I've never felt more peaceful in my life. And so, I'm ready to finally put this album out."

To kick off her album rollout, the singer released her first single, "Easy on Me," on Oct. 14. She later followed that up with a teaser of "Hold On," which she performed during her One Night Only special. Ahead of the long-awaited album's arrival, Adele shared many exciting details of what fans could expect to learn from the new project. She even shared how it would measure up to her previous ones. "I was drunk as a fart on 21; I really don't remember much, I just remember being really sad," she told British Vogue in her November cover story. "On 25, I was obviously sober as anything, because I was a new mum. That one, I was sort of more in tune with what I thought people might want or not want. With this one, I made the very conscious decision to be like, for the first time in my life, actually, 'What do I want?'"

Related:
Adele's One Night Only Concert Was Made Even More Emotional by This Special Guest

Adele made it clear that this body of work would center on "self-destruction, then self-reflection and then sort of self-redemption." And though it's been quite the journey to get this album out into the world, Adele revealed in her Rolling Stone December cover story that she thought about not releasing it at all. "If it wasn't coming out now, I think I probably would never put it out," she said. "I know I would've changed my mind and been like, 'It's moved on. Let's start the next album.' And I couldn't do that to this album. I feel like it deserves to come out." Thank goodness she changed her mind!

30 is also, in a sense, an open letter to her 9-year-old son, Angelo Adkins, where she attempts to explain to him the events that stemmed from her divorce from ex-husband Simon Konecki. "My son has had a lot of questions," Adele told Vogue. "Really good questions, really innocent questions, that I just don't have an answer for. [Like] 'Why can't you still live together?' I just felt like I wanted to explain to him, through this record, when he's in his twenties or thirties, who I am and why I voluntarily chose to dismantle his entire life in the pursuit of my own happiness. It made him really unhappy sometimes. And that's a real wound for me that I don't know if I'll ever be able to heal."

On the album, Adele teamed up with producer Greg Kurstin, who worked with her on 25; Max Martin; and London-based producer Inflo. She also teamed up with Swedish composer and producer Ludwig Göransson, who won an Oscar for the Black Panther score. Though no other performers appear on the album, the deluxe version of 30 does include a featured duet with Chris Stapleton on "Easy on Me." Additional bonus tracks on the deluxe album include songs "Wild Wild West" and "Can't Be Together." 30 is finally out, so ahead, check out all the songs from the new album.