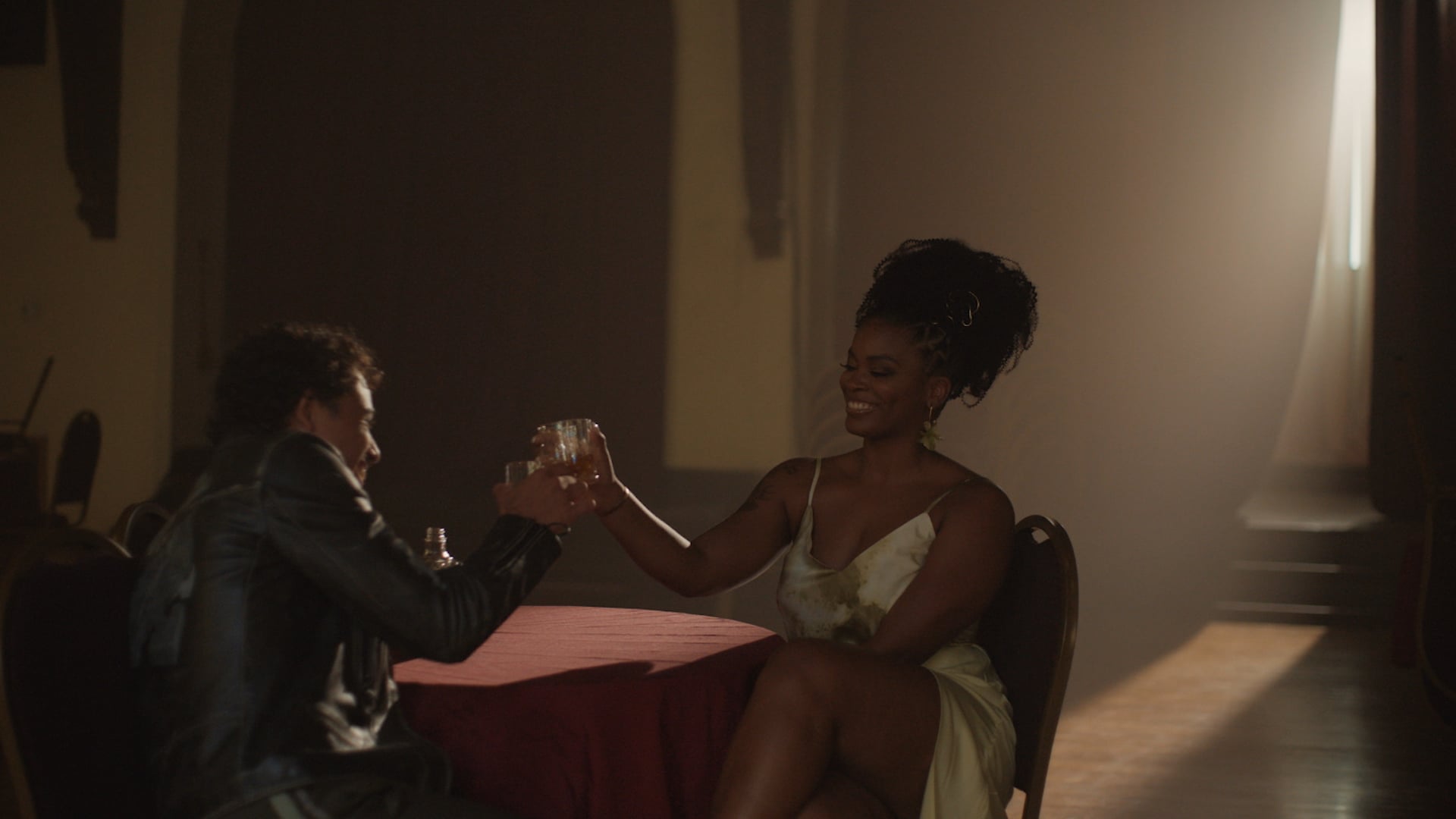 It's safe to say that everyone's spirit could use a recharge during these trying times. Enter Ari Lennox, who teamed up with Hamilton's Anthony Ramos to deliver a soulful rendition of Sly & the Family Stone's 1973 hit "If You Want Me to Stay." The cover, which dropped on Sept. 3, features Lennox and Ramos encapsulating the tune's funk-infused flair with their smooth vocals and buoyant chemistry. The collaboration is part of a partnership between The Main Street Alliance and Crown Royal, who launched a national relief campaign to help bars, stages, and clubs at risk of shutting down due to the COVID-19 pandemic. Proceeds raised from every stream of Lennox and Ramos's "If You Want Me to Stay" will be donated to the fund. In an interview with POPSUGAR, Lennox opened up about taking on the inspiring project, working with Ramos, and staying in tune with her creativity while social distancing.

Related:
10 Ari Lennox Songs You'll Want to Lie Back and Vibe To

POPSUGAR: How did you become involved with the Crown Royal project?

Ari Lennox: Crown Royal reached out to me, and they offered me an opportunity to help save venues and keep them from closing down. I thought it was a beautiful idea, and they suggested the record "If You Want Me To Stay" by Sly & the Family Stone. So, Anthony Ramos and I covered it, and the rest is history. It was really a dope opportunity.

PS: Yeah, and I heard so much chemistry between you and Anthony on the track. You know when two artists collaborate on a song and hit certain notes together, and you're like, "Oh, I felt that." This song had so many of those moments. What was it like working with him?

AL: Oh, wow, thank you! It was amazing working with him. It was a real vibe. He is so sweet and funny, and it was so much fun. It just felt natural, so I feel really lucky. He's a good guy.

PS: What was the creative process behind making this cover come to fruition?

AL: Anthony's producer, Will, and my producer, Elite, just reproduced the legendary song, and then we sat down in the studio, and Will coached us. They organized which artist would sing what. It just naturally flowed together.

PS: How did you go about embodying all the funk and soul in a classic like "If You Want Me To Stay"?

"Anthony helped me stay calm. He hyped me up in the studio and really had my back. It was beautiful."

AL: I studied the Stone family. I really wanted to pay homage to them and do the song justice, so I tried my best. But I also added a little bit of me in there. But, yeah, lots of studying. Sly is a genius because he does so many different things with his voice that I never would have thought to do with my own voice. It's inspiring. It was not easy learning the song, but it was really rewarding in the end because it's such a legendary record.

PS: Did you feel any pressure to live up to the original song?

AL: Definitely, tons of pressure. I would be heartbroken to ever disrespect a legend.

PS: Well, if it's any consolation, I think you did a great job — and I'm not just saying that, trust me.

AL: Thank you. Anthony helped me stay calm. He hyped me up in the studio and really had my back. It was beautiful. His vibe helped me relax instead of being so nervous. 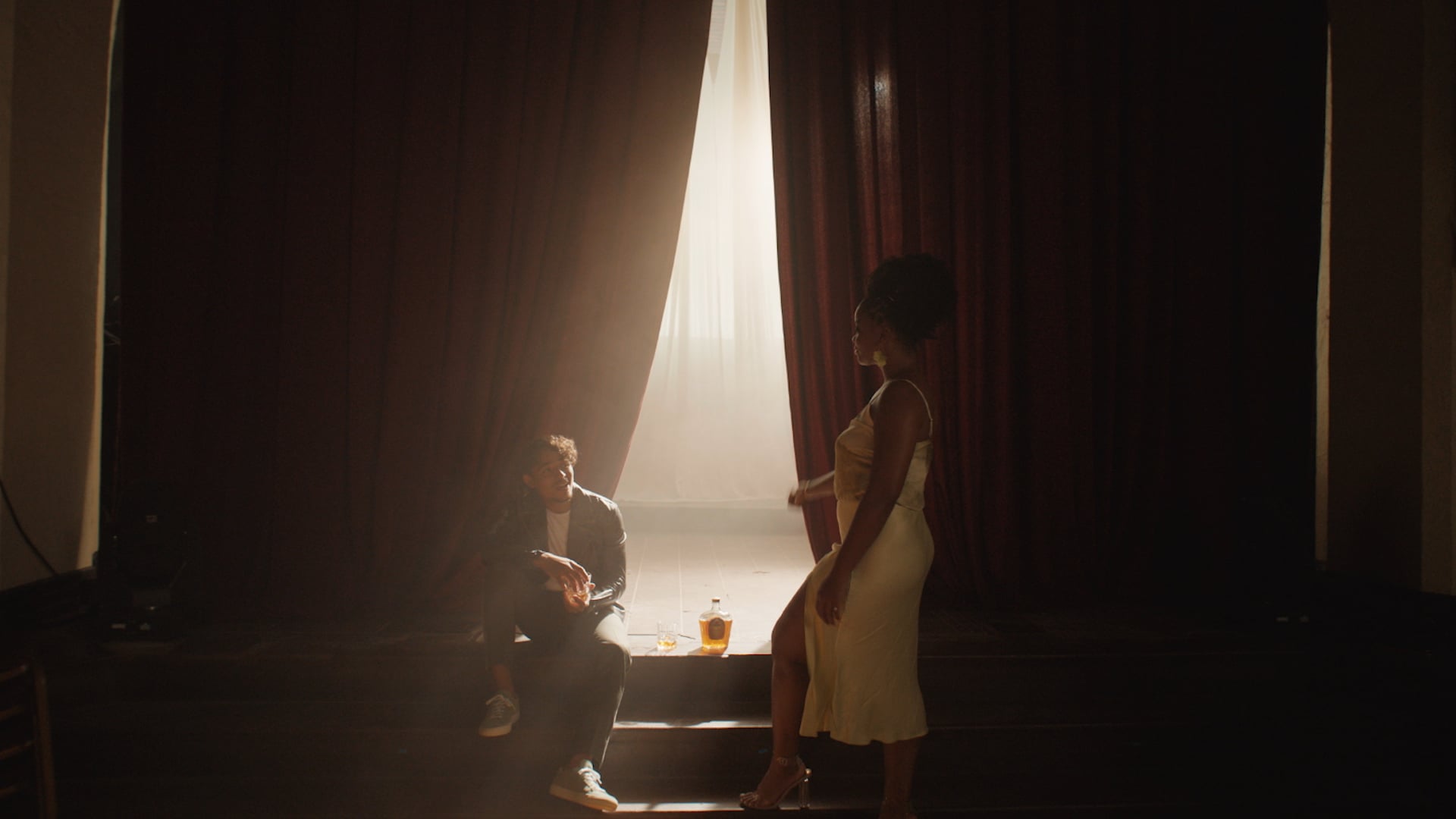 PS: If you were to make a playlist of old school feel-good classics, which artists would you include?

PS: Love those artists. I've been on a Donna Summer kick lately and listened to "Hot Stuff" while grocery shopping. I was just jamming out and grabbing some pasta.

AL: That's self-love right there — doing what you got to do. Hell yeah!

PS: Amid the pandemic and social distancing, how have you been able to stay in tune with your creativity?

"I would love to do more funk and original soul. That would be really nice."

AL: Honestly, it's been really hard, which is why I'm so thankful for Crown Royal. Doing covers has been the most productive I've been throughout this quarantine. Everything fell into place with them suggesting that we do "If You Want Me To Stay." It's hard to create new things when I'm not inspired by what's going on right now. There's a lot of beauty but a lot of darkness, as well. Going back to another time — I wouldn't say a better time, necessarily — is escapism, and it's helped me gather myself. I love the fact that covers have been helping me get through things.

PS: Has it helped you realign yourself in a way?

AL: Definitely. It's helped me realize what I want to do with my music in the future. I would love to do more funk and original soul. That would be really nice. 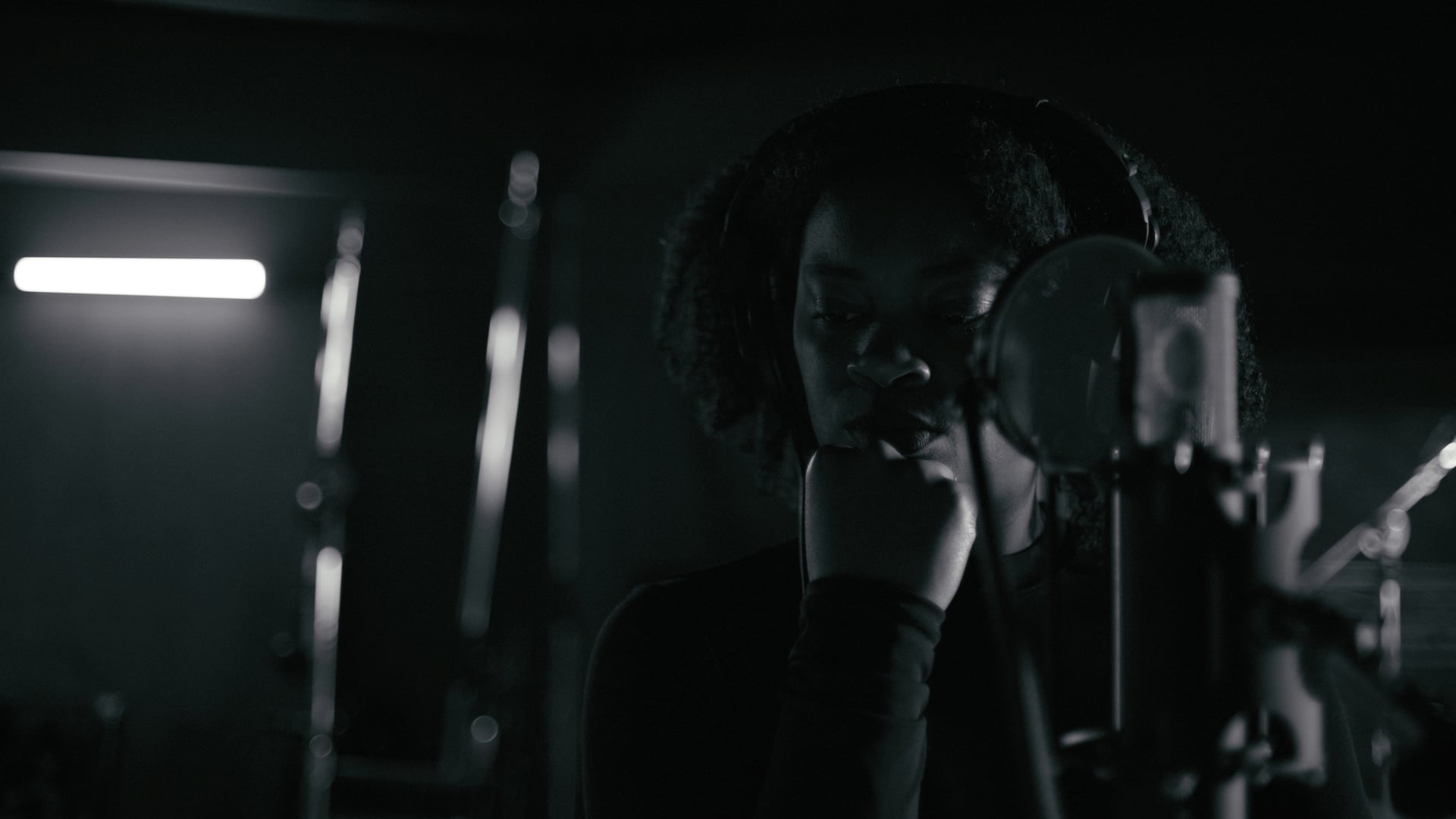 PS: The thought of funk-inspired Ari Lennox album has me hyped.

PS: I'm looking forward to that if it happens. What song or album do you currently have on repeat right now?

AL: I've been listening to D'Angelo's Black Messiah a lot. I know I'm late, but I've been getting into that. And then there's a Christian gospel song by Hillsong called "What A Beautiful Name." Sorry for being cheesy, but it came on the radio, and I thought it was really pretty. And I've also been listening to "Baby This Love" by Minnie Riperton.

PS: If you could name a song or album that's carried you through the past few months, which one would it be?

AL: Rico Nasty's album Nasty. It made me feel OK with being myself — just carefree and Black while experiencing all of the different characteristics and emotions that a human feels and goes through. It's about not being so afraid of stereotypes and being free. That project has changed my life.

Ansel Elgort
Rachel Zegler Speaks on the Ansel Elgort Allegations: "There's Been a Lot of Awakening"
by Kelsey Garcia 3 hours ago