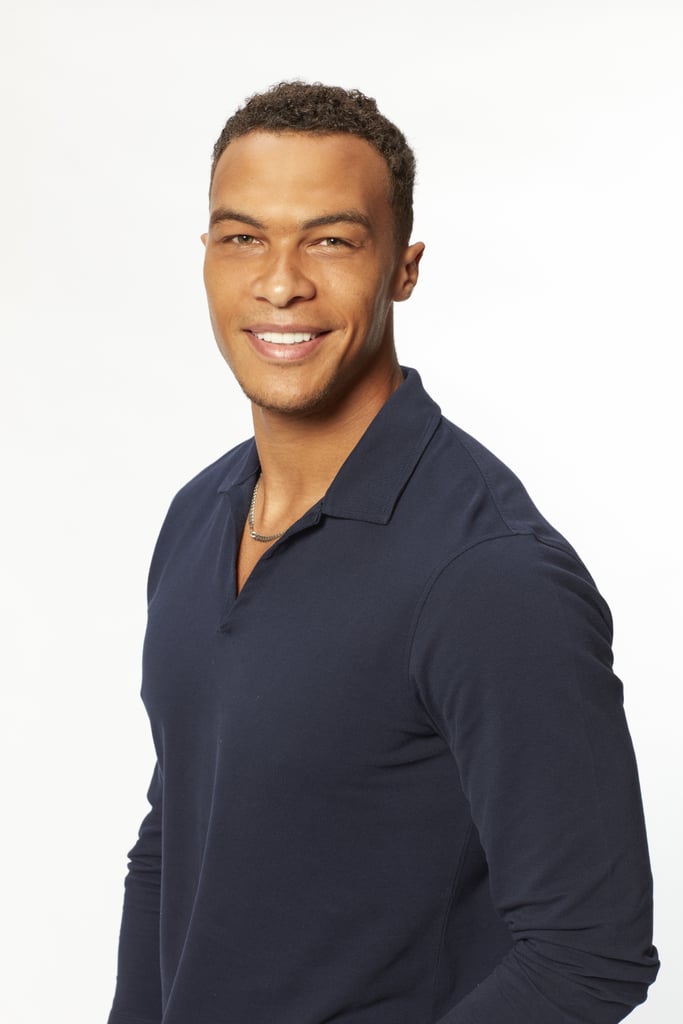 Yes, The Bachelorette's Dale Moss Was a Party City Model, and of Course, We Have Photos

Listen, we've all had that one gig where we look back with a little wince, but it paid the bills, so who are we to badmouth a paying job? Well, I think we all found Dale Moss's wince-worthy gig! The former NFL player may be finding fame as the stealer of Clare Crawley's heart on this season of The Bachelorette, but now he's definitely reached infamy for being a Halloween costume model for Party City.

On Oct. 22, a Bachelorette fan spotted the Wilhelmina International model sporting three costumes on the website, noting that if anyone thought he looked familiar, it's because of a previous side hustle. Fans also found the 32-year-old South Dakota native on a bag of photo props holding up a sign that reads "Hubby." How appropriate! When a Bachelor Instagram fan account posted the Party City pics online, Dale told his fans that it could be worse, saying, "Love it! Read your contracts, kids ;)." What an easy-going guy!

Keep scrolling to see Dale's carefree grin in a Superman, taco, and gladiator costume ahead.

Related:
We Already Have a Pretty Good Idea When Clare Will Be Leaving The Bachelorette
Previous Next Start Slideshow
The BacheloretteTVDale MossCelebrity Halloween Costumes