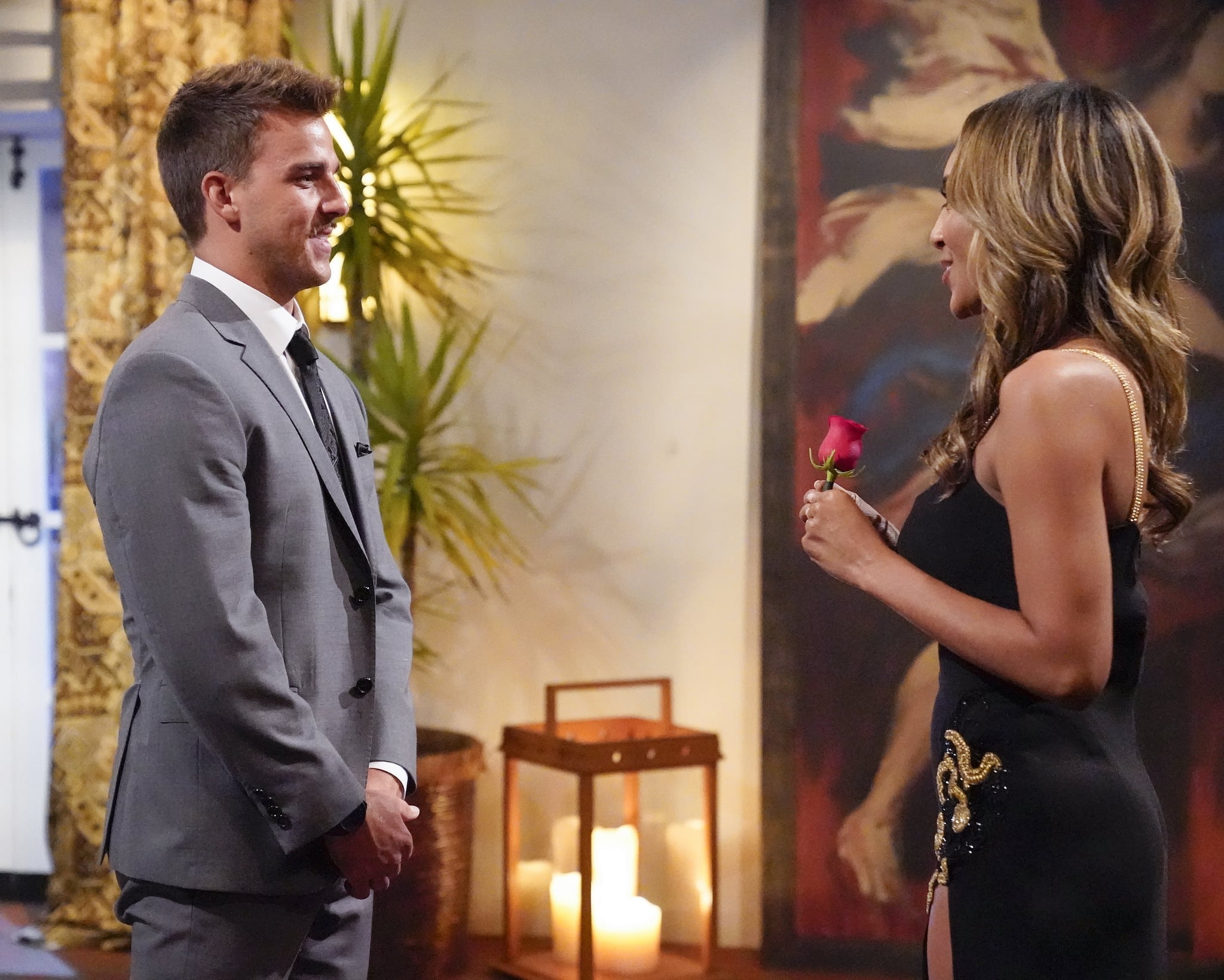 It wouldn't be The Bachelorette without some disputes between the guys, and Tuesday night's episode definitely delivered on the drama. This time, it's Noah and Bennett who are hurling insults, but Bennett isn't the only one who has issues with Noah — he's just the most vocal about it.

The problem started during last week's episode, during a group date in which the men were paired off to wrestle each other. Ed and Chasen were slated to face off in the ring, after feuding throughout the episode, but Ed backed out of the match, explaining to Chris Harrison that he has a condition that could cause one of his shoulders to become dislocated. That left Chasen without an opponent — until Noah, who was in the "audience" for the matches, hopped over the fence and into the ring. Although he lost the match against Chasen, his impulsive decision got him invited along to the group date afterparty, and eventually earned him the group date rose. That drew some ire from the other contestants, which is where Tuesday's episode picks up.

At the cocktail party, it becomes clear that the men are headed for a confrontation. While the other guys continue complaining about Noah's behavior, Ben follows through on a previous promise to Tayshia and snags her for a one-on-one conversation. Noah's turn comes pretty soon after, though, and he uses his time with Tayshia to pull her into the drama between him and the other guys. He tells her that the other men are questioning her decision to give him a rose on the group date, claiming that they believe she only gave Noah a rose "to shake things up."

As you might expect, Tayshia isn't happy about this, and she confronts all the men at once, telling them, "It's been brought to my attention that my integrity is being questioned. Since the day that I got here, I made it very clear that I'm going to be very intentional with what I do . . . So if you guys think that I'm just trying to start drama in the house . . . y'all need to grow up."

Tayshia leaves, and the men are left to figure out what sparked her anger. Noah admits to being the last one to speak to Tayshia and to filling her in on the drama about him getting the rose. The others are obviously frustrated, and Bennett is the first to criticize Noah for dragging Tayshia into it. "Not one person here has upset Tayshia, not near to this extent," he says. As Noah continues arguing with the rest of the guys, Bennett has the last word: "You owe all of these gentlemen and her an apology, and if you don't realize that, you don't belong here."

Bennett continues venting to the cameras about Noah's immaturity, even adding: "I'm here for love, not for breastfeeding Noah." But considering both men snagged a rose this week, it seems unlikely that Bennett is finished with Noah yet.