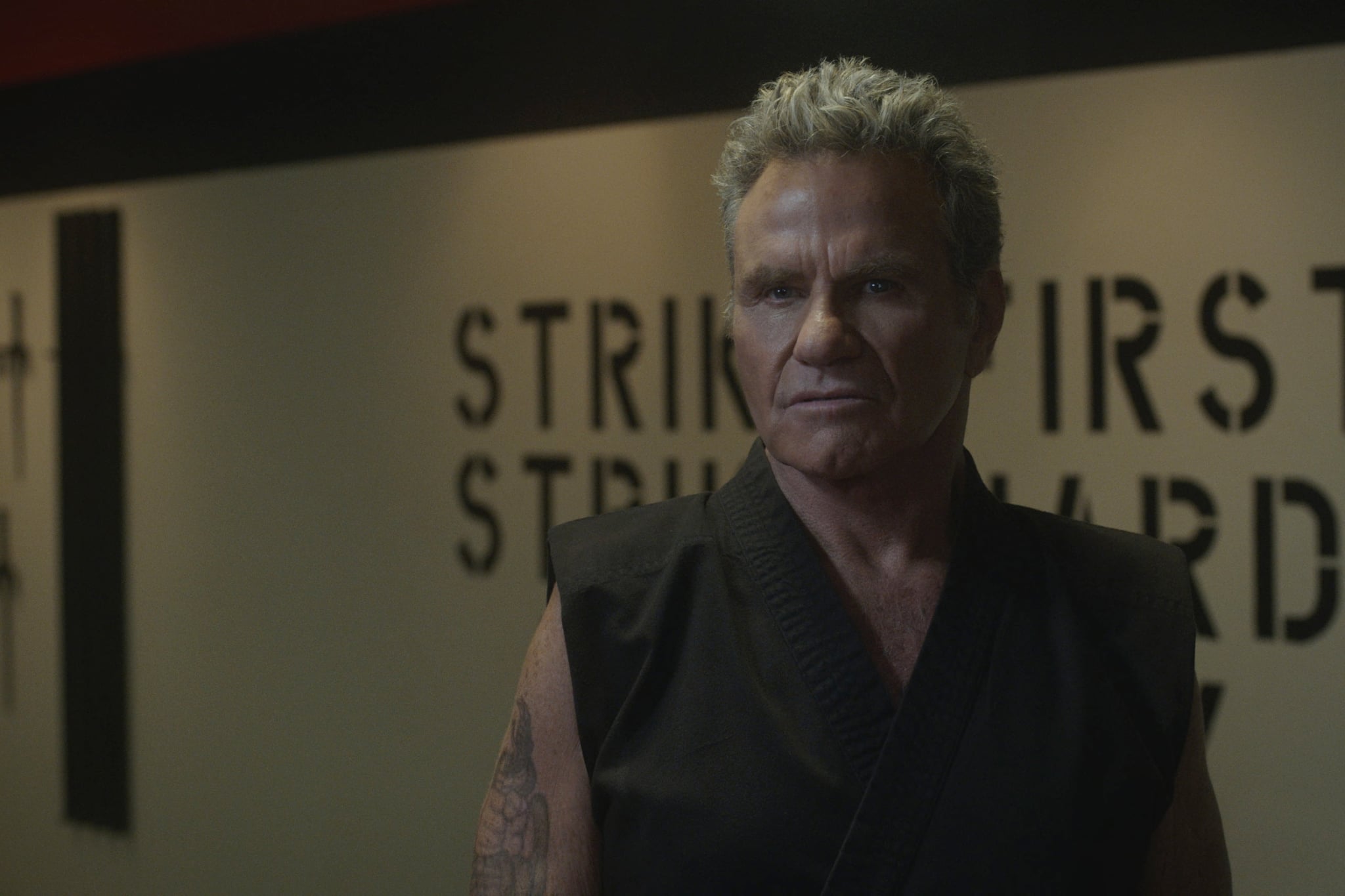 Throughout Cobra Kai's third season, we finally get a look into why John Kreese is so evil, stretching from his ruthless, seedy tactics in The Karate Kid, to his downright manipulation and cold-blooded mentality in the Netflix series. It's difficult to feel complete sympathy for such a despicable character, but his origin story has actually left us second-guessing our perspective.

Episode two takes us back to the 1960s, showing us young Kreese as a high school outcast, struggling with both his mother's suicide and incessant bullying. He works at a diner, which soon leads to a confrontation with football star David as he waits on his table. David is alongside his girlfriend Betsy, and Kreese is accused of looking at her. After profusely apologizing, Kreese witnesses David hit Betsy outside and has a call for justice. A fight begins between Kreese and David, bringing out Kreese's inner rage, leading him to win the fight. Betsy is awestruck, and the pair fall in love. A perfect ending, right? Unfortunately, not quite.

Young Kreese goes on to fight in the Vietnam War, kissing girlfriend Betsy goodbye in episode two. Through a series of flashbacks to 1968, the show portrays the war as a traumatic, devastating experience for the antagonist, causing a complete shift in character. By episode six, we see young Kreese receive a photo of Betsy in the mail while at Vietnam, interrupted by his cruel captain who wants Kreese to join his squad. Soon enough, we see Kreese make a costly mistake that leads to his squad's capture. Kreese's own hesitation leads to the death of his friend Ponytail, which ends up instilling the "kill or be killed" mentality he's famous for. By the final episode of the season, young Kreese finds out what happened to Betsy while still at war, and it is unspeakably tragic.

In the last episode of the series, we get more flashback's to Kreese's time at war, depicting the unit's capture. Made to fight to the death on a bamboo bridge over a serpent pit, Kreese takes the place of his friend to fight against the captain. To get the upper hand in the fight, the captain tells Kreese that Betsy has died in a car crash and chose not to tell him until now. Kreese is obviously both devastated and distracted for much of the fight, but he soon gains his strength. Kreese stabs the captain in the leg with full force, using a piece of wood. As the captain falls and hangs off the bridge, hundreds of cobras beneath them, the team is suddenly rescued and are allowed to leave. An officer tells Kreese that he can pull the captain up, but he instead stamps on his hands and makes his superior fall to his death.