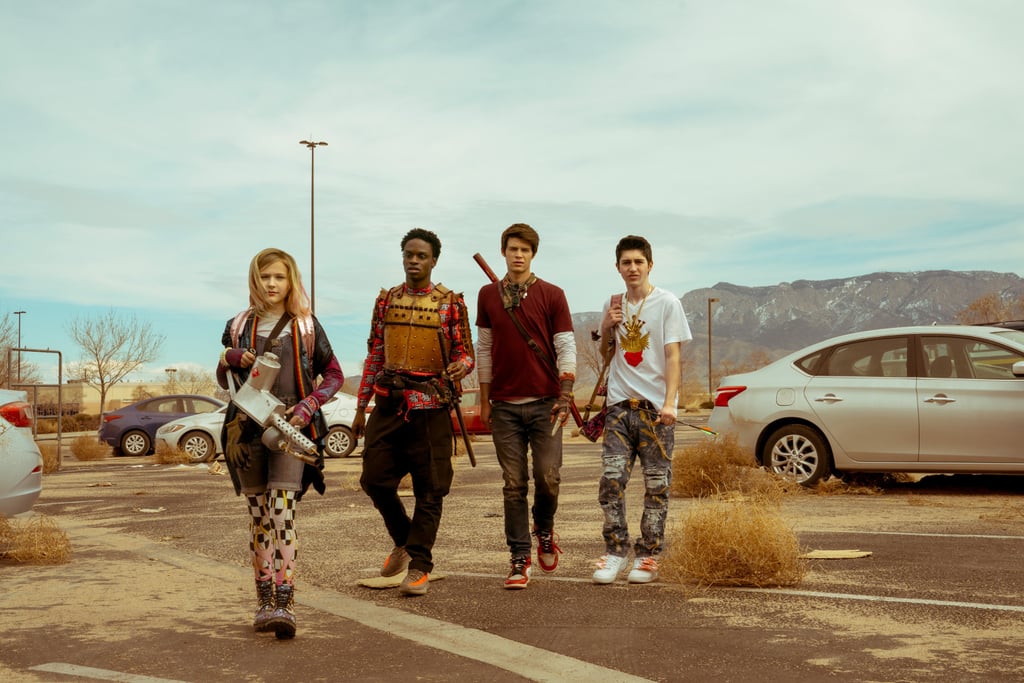 Netflix's Daybreak is the under-the-radar post-apocalyptic dramedy you never knew you needed, and its soundtrack is just as quirky-cool as the show itself. The show follows a teenage boy in a post-apocalyptic California who joins up with a ragtag bunch of survivors as he searches for his missing girlfriend. It's a new take on the teen comedy and the apocalyptic drama, and the soundtrack reflects that mix-and-match of genres too, with tracks ranging from classical music to contemporary pop, rock, alternative, and hip-hop. There's no confirmed news yet about a second season, so in the meantime, please enjoy the eclectic soundtrack of Daybreak season one!

Stranger Things
"Stranger Things"'s Caleb McLaughlin on Racism From Fans: "It Definitely Took a Toll on Me"
by Chanel Vargas 8 hours ago

Hulu
The Men of "Reasonable Doubt" on Having "Fully Realized" Roles: Everyone Gets "a Chance to Eat"
by Njera Perkins 11 hours ago

Astrology
Your "House of the Dragon" Character, According to Your Zodiac Sign
by Liz Simmons 13 hours ago

Netflix
"Love Is Blind"'s Natalie Addresses the Drama With Shaina and Shayne: "It Was Really Hurtful"
by Njera Perkins 14 hours ago

Netflix
Separating the Facts From the Fiction in Netflix's Marilyn Monroe Biopic, "Blonde"
by Victoria Edel 15 hours ago