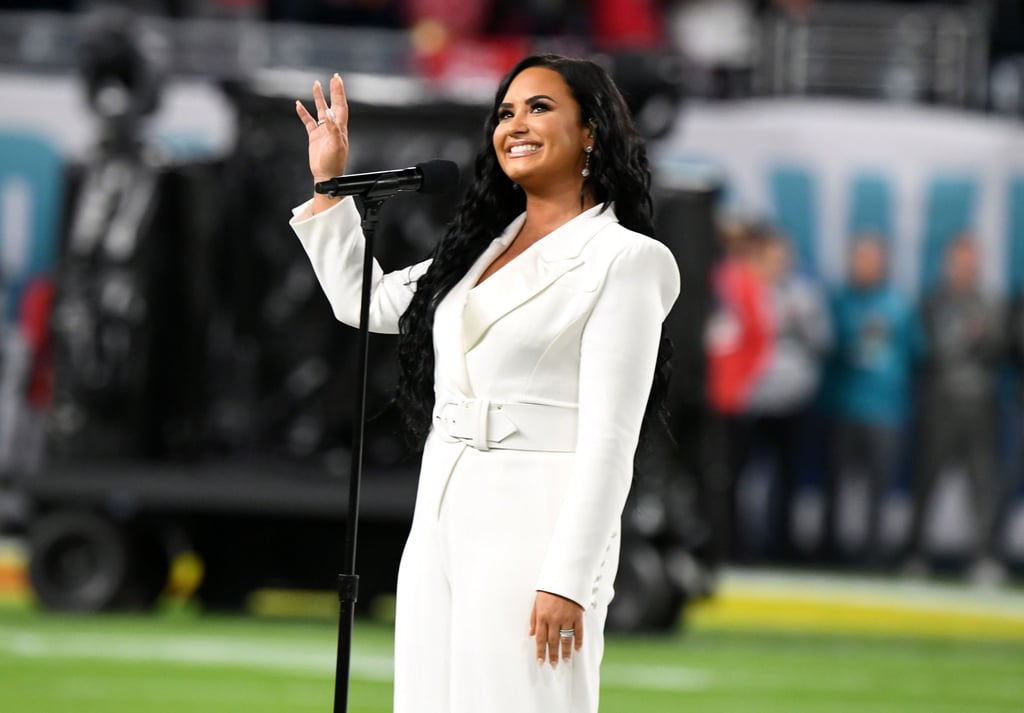 Demi Lovato has taken on one of the most vocally demanding gigs in the business. A week after performing her new single, "Anyone," at the Grammy Awards, the 27-year-old singer nailed the national anthem at the 2020 Super Bowl in Miami on Feb. 2. Lovato follows Gladys Knight, who sang "The Star-Spangled Banner" last year, while Chloe and Halle Bailey delivered an ethereal performance of "America the Beautiful."

The Super Bowl wasn't Lovato's first time performing the national anthem: she previously performed it during the 2015 World Series, and again at the Floyd Mayweather Jr. vs. Conor McGregor boxing match in 2017. It did, however, mark a significant moment for Lovato, who has made an inspiring comeback since her hospitalization from an apparent overdose in 2018.

The big game certainly isn't lacking in stars, with Jennifer Lopez and Shakira performing the coveted halftime show. Perhaps Lovato will join them on stage? Hey, crazier things have happened. (Lest we forget last year's SpongeBob SquarePants moment.) Check out Lovato's performance ahead, plus her Super Bowl announcement, and then enjoy her national anthem performance from 2015.

Celebrity Instagrams
The Weeknd and Ariana Grande Have Another Collab on the Way, and We Already Have Chills
by Monica Sisavat 6 hours ago

Music
American Idol: Casey Bishop's "Over the Rainbow" Performance Is a Little Slice of Serenity
by Victoria Messina 9 hours ago

The Weeknd
Chloe Bailey's "Earned It" Cover Was So Mesmerizing, The Weeknd Had to Bow Down
by Kelsie Gibson 10 hours ago