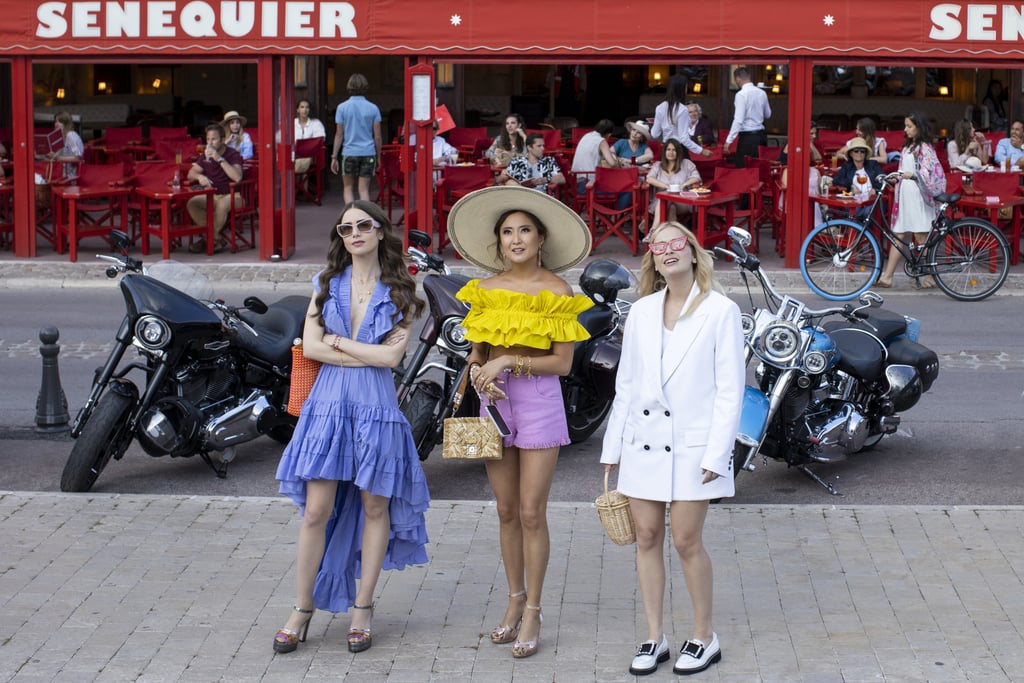 Break out the red beret, because Emily in Paris is returning for season two this year. On Thursday, Netflix shared the first full trailer for the upcoming season, which features Lily Collins as Emily Cooper as well as returning stars Ashley Park, Lucas Bravo, Camille Razat, and some new characters. Naturally, there will be even more fun, fashion, and shots of France as Emily frolics around Europe.

It also sounds like Emily will have a brand-new love interest named Alfie (played by Katy Keene's Lucien Laviscount). According to TVLine, Emily and Alfie will have an "antagonist relationship that evolves into something more as the season progresses." While the show received mixed reviews when it first premiered in October 2020, we are certainly curious to see how the story will play out this season. Here's hoping it focuses less on Emily's love triangles and more on her fun adventures in the City of Love with friends. Check out the juicy official trailer and read more details about the upcoming season ahead.

Related:
20 Shows to Watch After You Binge Emily in Paris
Previous Next Start Slideshow
Lily CollinsNetflixTVEmily In ParisStreaming

by Grayson Gilcrease 11 minutes ago