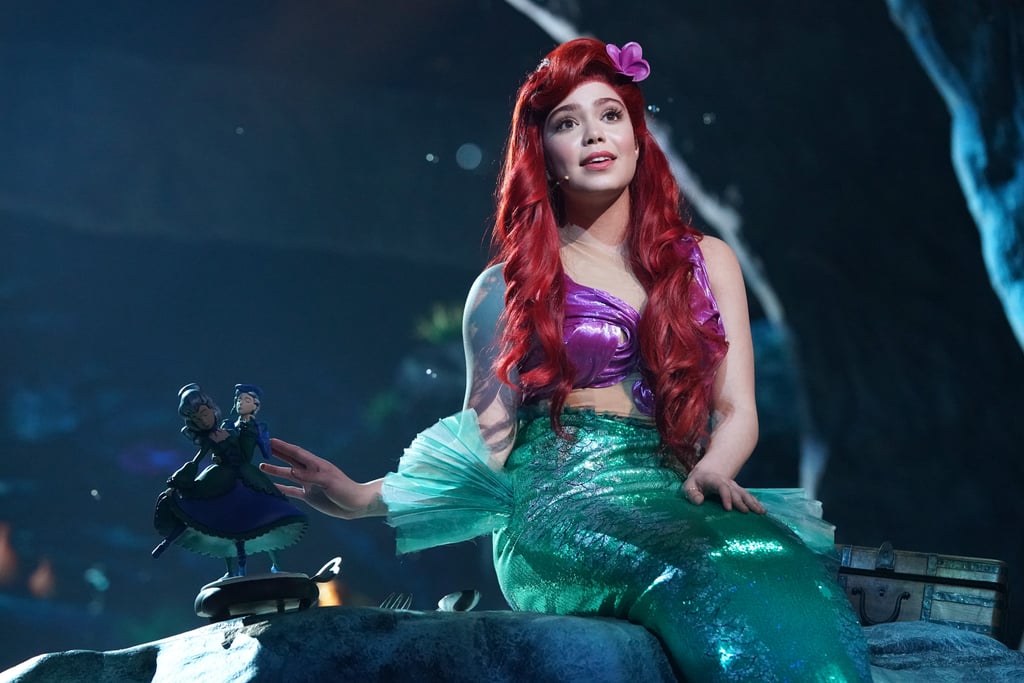 Did ABC's Little Mermaid Live Sink or Swim? People on Twitter Had Some Hilarious Thoughts

That creepy live-action Flounder puppet? Auli'i Cravalho's powerful voice? Shaggy's red leather ensemble? Thirst for Prince Eric? All was involved on Tuesday night when ABC aired its live production of The Little Mermaid. The event — held in honor of the original film's 30th anniversary — was a mix of footage from Disney's animated classic, as well as live performances of the movie's best songs.

While certain performances knocked it out of the park — Amber Riley's "Triton's Daughters" and Queen Latifah's "Poor Unfortunate Souls" were highlights — other moments (and notes) fell a little bit flat. Ahead, see what devoted Disney fans thought of The Little Mermaid Live, and then check out what you need to know about the upcoming big screen adaptation.

Ashley Tisdale
Ashley Tisdale Proves She Still Deserves the Fame, the Fortune, and More by Nailing "HSM" Lyrics
by Lindsay Kimble 5 hours ago