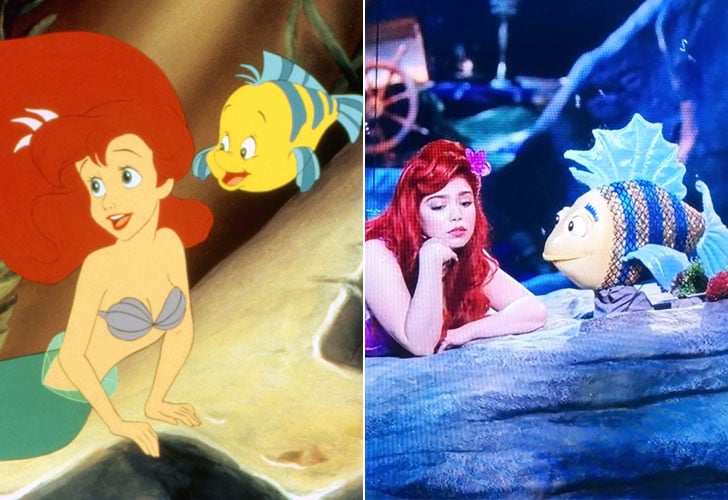 Hey, in the mood to have some nightmares tonight? Look no further than The Little Mermaid Live's Flounder puppet, which I can only imagine they sourced directly from hell.

Despite his chatty, chubby-cheeked cartoon counterpart from the 1989 film, ABC's live production opted for a yellow and blue sequined plush that only appeared in the first half of the broadcast. And that was more than enough, to be quite honest! Between his dead eyes and his bushy, neon blue eyebrows, 2019 Flounder has clearly been through it. And no — I promise I'm not the only person who picked up on this. (Thank god.)

Keep scrolling to see some hilarious observations about the creepy puppet, and then once you spritz your corneas with holy water, watch Queen Latifah's jaw-dropping performance of "Poor Unfortunate Souls" as a palate cleanser.

Related:
Auli'i Cravalho's Performance of "Part of Your World" Hit Us With a Tidal Wave of Nostalgia
Previous Next Start Slideshow
The Little MermaidMoviesTwitter Reactions