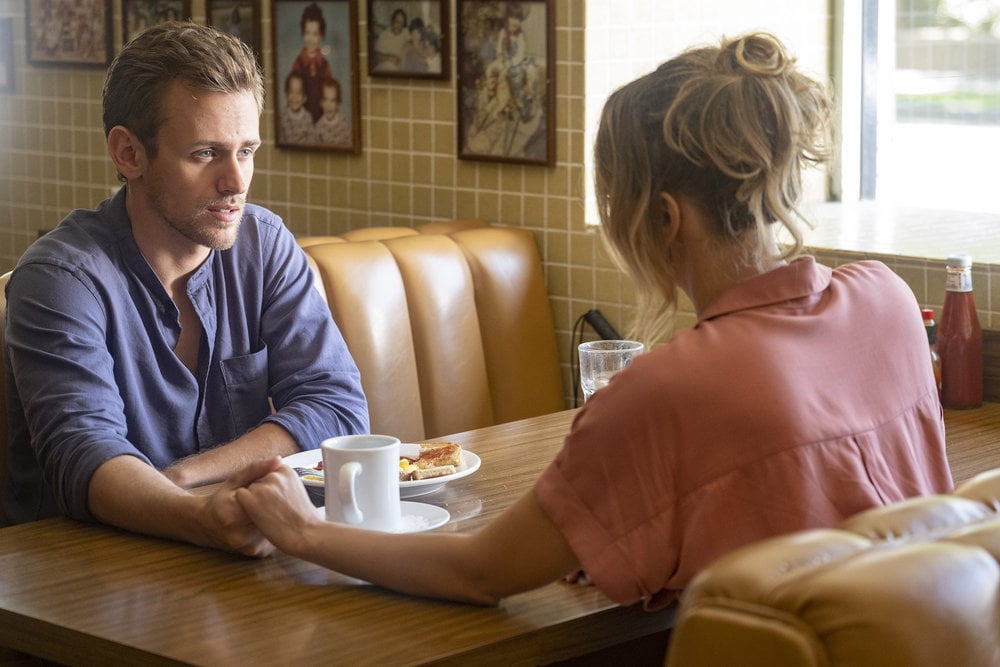 If you tuned into the This Is Us season four premiere, then odds are you found yourself saying "huh?" and "wait, what?" quite a few times. Following the big cliffhanger at the end of season three, the new season doesn't give us any answers about Rebecca's fate in the flash-forward. Instead, it just makes us even more confused by introducing a whole new set of characters.

Needless to say, the first half of the premiere left fans feeling incredibly anxious as they tried to figure out how all the new characters fit into the story. Some weren't even sure if they were watching the right show since the actual Pearson family barely has any screen time. Even though the end of the episode finally connects a few of the dots, that didn't stop fans from voicing their frustrations with some hilarious memes online. Take a break from theorizing about the show as you read some of the best reactions ahead.

Netflix
Before Money Heist Returns, Here's a Recap of This Important Character's Death
by Amanda Prahl 18 hours ago