If you're on the fence about watching "Hocus Pocus 2," Hannah Waddingham's cameo is more than enough reason to slam that "play" button. The British Emmy winner stars in the Disney sequel as Mother Witch, a silver-haired sorceress who gives the Sanderson sisters their spellbook. Despite her pivotal role in the trio's villain origin story — I mean, who would they be without Bookie? — Waddingham's Mother Witch has criminally limited screen time that clocks in at less than five minutes. (She appears for approximately three minutes and 24 seconds, for anyone who's planning to write a formal letter of complaint.)

Performance-length concerns aside, let's unpack and appreciate Waddingham's masterpiece of a scene, shall we? When a young Winifred, Sarah, and Mary Sanderson (portrayed by Taylor Paige Henderson, Juju Journey Brener, and Nina Kitchen, respectively) flee Salem, MA, to the Forbidden Woods, they encounter a red-and-black-feathered bird that swoops down from a tree branch and transforms into Mother Witch. With glowing eyes, curly hair, and silver face gems, she's a mesmerizing sight to behold in the otherwise drab forest.

After giving the girls a good sniff and realizing they're different than the children she typically snacks on, Mother Witch relinquishes her menacing facade and conjures up the leather spellbook with a nonchalant flick of the shoulder. "Happy 16th birthday, child," she tells Winnie while bestowing the gift, plainly adding, "I'm a witch; I know things." The latter line isn't the only GIF-worthy statement Mother Witch utters during her short-lived time on screen; her explanation for eating children is equally as iconic:

Mother Witch vanishes as quickly as she arrives, only leaving behind a flurry of dead leaves, never to appear again in the film. I thought maybe she'd pop back up toward the end when Becca (Whitney Peak), Izzy (Belissa Escobedo), and Cassie (Lilia Buckingham) face off with the Sanderson sisters in the woods, but alas, she's nowhere to be seen*. (*likely off eating children to maintain her youthful appearance)

Perhaps the most criminal part of Mother Witch's short-lived cameo is the fact that it doesn't include a musical number. The Sanderson sisters sing not once but twice (thrice if you count their ending-credits performance!) during the movie, but Waddingham's powerhouse voice takes a backseat. A seasoned theater star who's graced the stage in multiple West End and Broadway productions, Waddingham deserved to show the movie's audience her singing chops, just as she occasionally does on Apple TV+'s "Ted Lasso."

On the plus side, though, Mother Witch does present one of the many nostalgic Easter eggs tucked away in "Hocus Pocus 2." As many viewers were quick to observe on social media, her costume — a black fringe-lined cape layered over a blood-red gown — bears a striking resemblance to the witch costume Dani Dennison (Thora Birch) wears on Halloween in the original "Hocus Pocus." It's unclear if that was a deliberate move by the costume designer, but either way, the similarities are pretty hard to ignore. 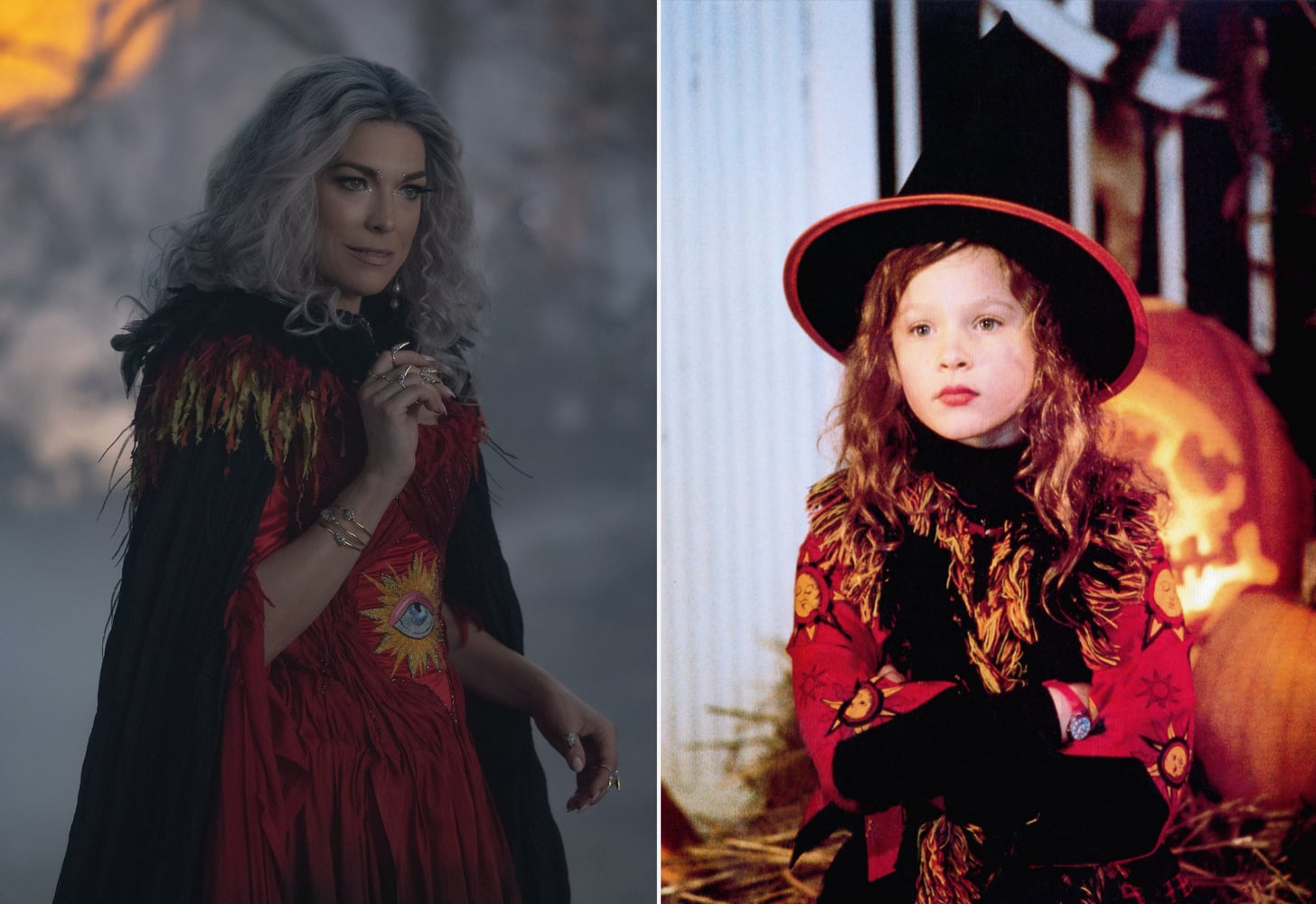 "Hocus Pocus 2" is still an entertaining watch, even despite Waddingham's lack of screen time — it's campy, nostalgic, and just what the doctor ordered to get me in the fall spirit — but it would've been even better if Mother Witch and her bad-b*tch energy played a bigger role. If a third Hocus Pocus movie ever does come to fruition, consider this my personal plea to Disney for more Mother Witch.

Related:
What It Was Like on the "Hocus Pocus 2" Set, From an Extra Who Lived the Magical Experience
HalloweenMoviesHocus Pocus 2Disney PlusHalloween Entertainment