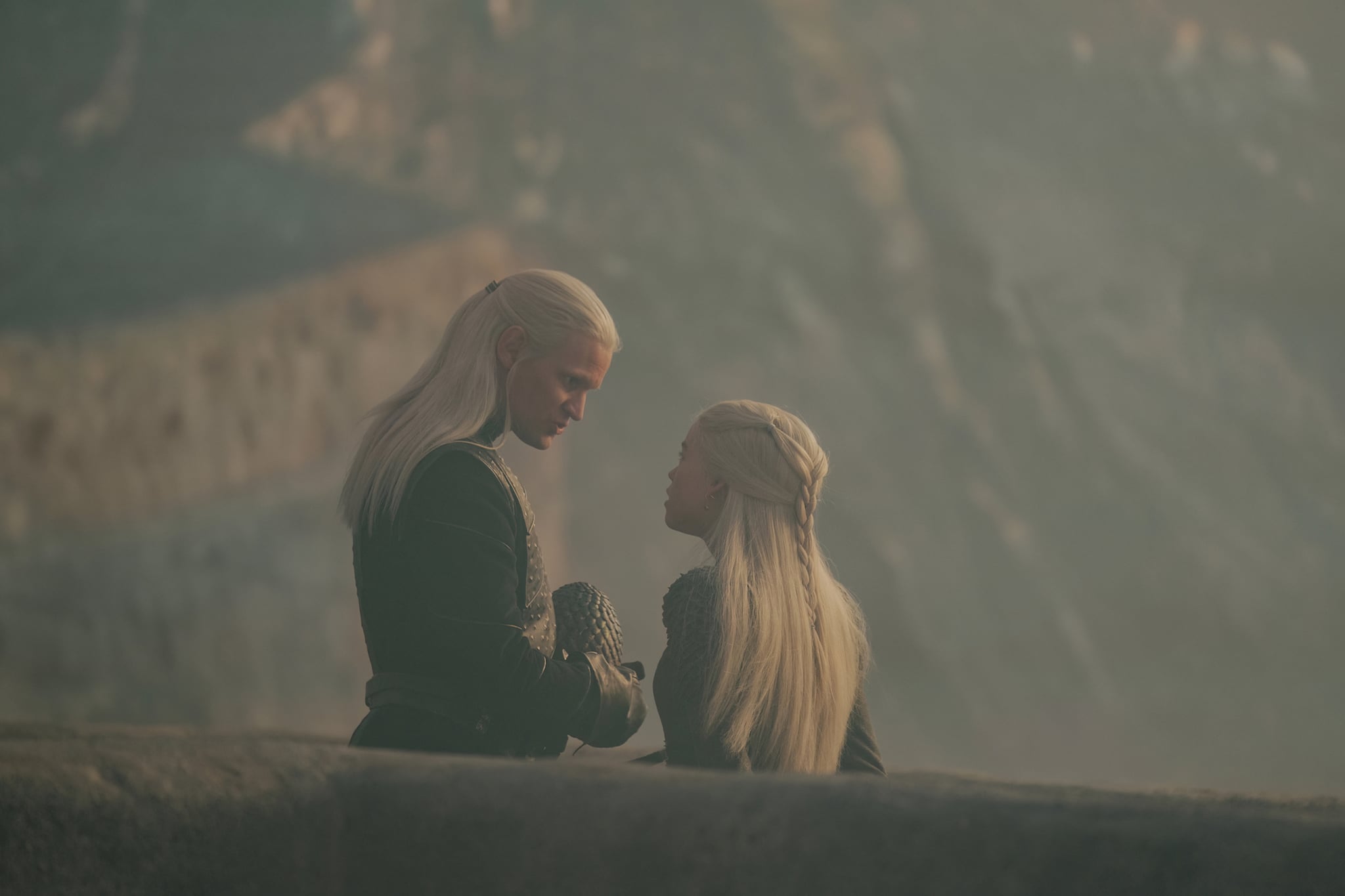 HBO's "Game of Thrones" prequel, "House of the Dragon," introduces us to a slew of historical Targaryens, centuries before Daenerys's quest for the Iron Throne. Two of the most significant members of the complicated family tree are Rhaenyra and Daemon Targaryen, and their relationship is both incredibly important and incredibly tangled. In the fourth episode of "House of the Dragon," the pair kiss in a brothel, and when rumors that they were intimate together reach the king, Daemon tries to get Viserys to let him marry his niece Rhaenyra. The king refuses, but their story doesn't end there, because by episode eight, they're married. Spoilers ahead for both the book "Fire & Blood" and for "House of the Dragon"!

Are Rhaenyra and Daemon Related?

Like many other Targaryens, Daemon and Rhaenyra are both related by blood and (eventually) romantically involved. Rhaenyra is Daemon's niece, as the daughter of his older brother, King Viserys I. The two also are brother- and sister-in-law through their earlier marriages. Rhaenyra's first marriage is to Laenor Velaryon, while Daemon's second wife is Laenor's sister, Laena. Daemon is, of course, younger than Rhaenyra's father Viserys, but he's still significantly older than her: in the books, there's a 16-year age gap between Rhaenyra and Daemon.

In the books, both Rhaenyra and Daemon are married and have children before they marry each other. The fictional historians of the books differ in their accounts of the pair's early relationship once Rhaenyra was in her mid-teens, but rumors swirl that they did have some sort of sexual relationship before Rhaenyra's first marriage. In any case, Rhaenyra and Daemon later married the Velaryon siblings and had children with them, although, once again, rumors swirled around Rhaenyra: her husband Laenor reportedly was gay, and their sons were rumored to have been fathered by her lover, Harwin Strong.

In the year 120 AC (the calendar in Westeros is measured by years following Aegon I's conquest), both Velaryon siblings die. Soon after being widowed, Daemon and Rhaenyra marry each other in secret when he is 39 years old, and she is 23. Their marriage causes a huge scandal at court and another rift between Daemon and Viserys, but it is eventually accepted. The couple has two sons together, Aegon and Viserys.

Nearly a decade after their marriage, the civil war known as the Dance of the Dragons begins when Viserys I dies. Rhaenyra, his designated heir, is not even informed of her father's death until after her half-brother, Aegon II, scoops up the throne for himself. Of course, Rhaenyra is not interested in going down without a fight, and Daemon staunchly supports her: in fact, he crowns her personally with her late father's crown.

Neither Rhaenyra nor Daemon live to see the end of the Dance of the Dragons, but neither does Aegon II. With both claimants to the Iron throne dead, The Dance of the Dragons ends in a negotiated peace and sees Rhaenyra and Daemon's son, Aegon III Targaryen (aka, Aegon the Younger), crowned king. Descendants of Rhaenyra and Daemon sit on the Iron Throne until the fall of the Targaryen dynasty centuries later.

How Is Rhaenyra and Daemon's Relationship Different in "House of the Dragon"?

Since "Fire & Blood" is written from the perspective of historians, however, some details about their marriage are left out of the account, and "House of the Dragon" fills in those holes. For example, while Rhaenyra and Daemon are rumored to have had a sexual relationship when she was a teen in "Fire & Blood," "House of the Dragon" reveals the pair never went beyond their kiss at the brothel because Daemon couldn't follow through with his plan to seduce and "ruin" her for political gain. Similarly, while in the book it's believed Laenor was killed in a brawl with his lover, Ser Qarl (and possibly at Daemon's behest), the show reveals Laenor is never killed. Rhaenyra and Daemon simply fake his death for all of their benefit (Rhaenyra and Daemon are able to marry, while Laenor gets to live out his life with Qarl, free from the confines of Targaryen royalty).

That's why, for the most part, "House of the Dragon" stays true to the events in "Fire & Blood."