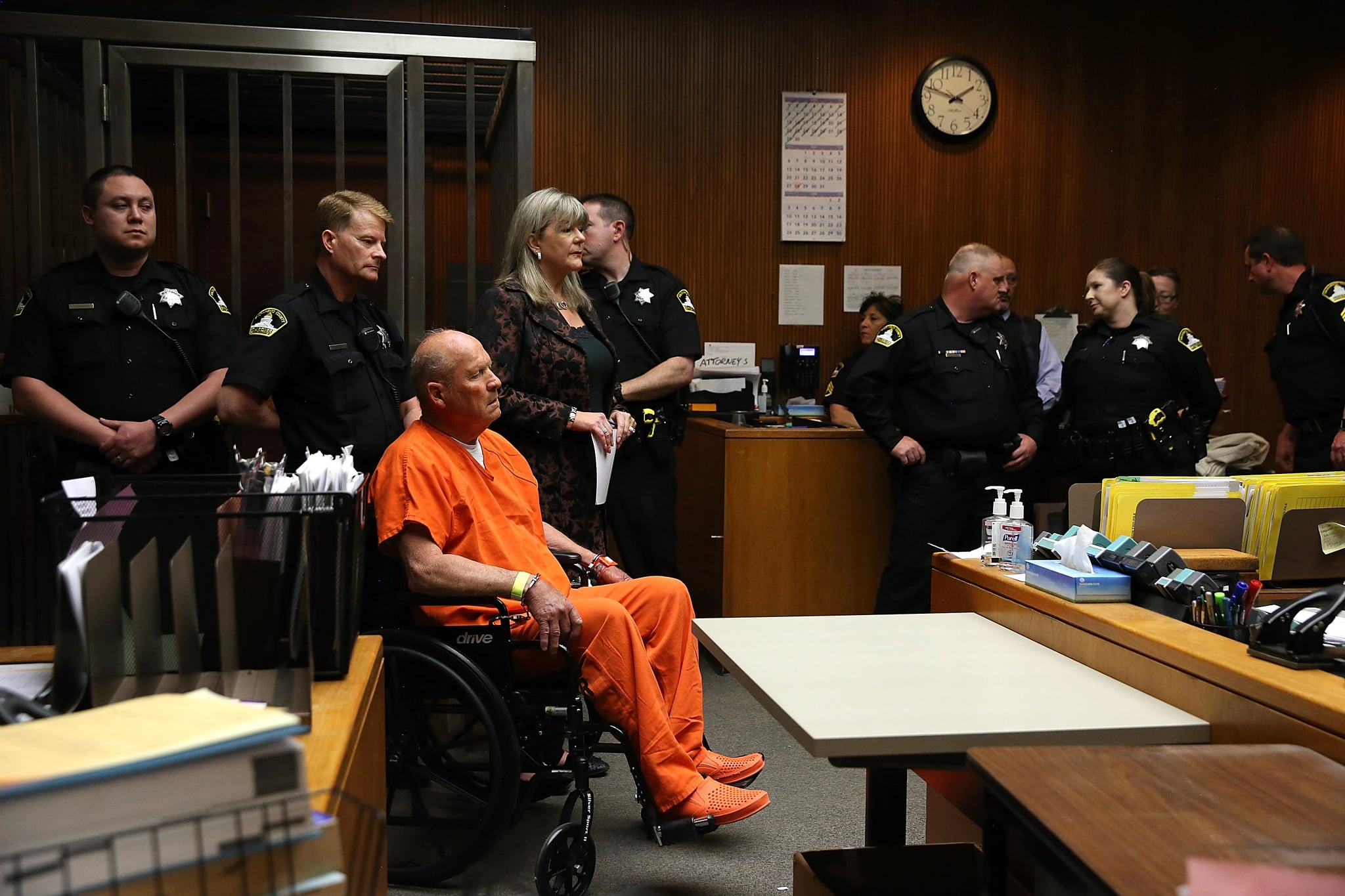 When Joseph James DeAngelo Jr. was arrested in April 2018, he was accused of raping and killing dozens of women in the 1970s and 1980s all over California. Before he was identified, the person authorities sought out for these heinous crimes was referred to as the Golden State Killer, and the subject of the HBO documentary I'll Be Gone in the Dark. Author Michelle McNamara led the charge for years in trying to help solve the Golden State Killer mystery but ultimately died before reaching the answer. But her work in demanding answers in the case, combined with advanced DNA technology, ultimately led to DeAngelo's capture.

McNamara, who was married to comedian Patton Oswalt up until she died, was obsessed with figuring out the identity of the Golden State Killer. As the crimes were happening in the 1970s and 1980s, authorities were having trouble linking them together. Because the crimes were happening in various parts of California, there was a new name for each suspect, including the Visalia Ransacker, East Area Rapist, and the Original Night Stalker, according to NPR. It wasn't until McNamara dug into the cases while researching for a book on true crime that it was all linked and the Golden State Killer moniker was born.

McNamara died in her sleep in 2016, two years before her book was published, but colleagues helped finish it. Her husband, Oswalt, insists that her work on the case — even just in research and writing — helped lead to finding DeAngelo. According to Newsweek, Oswalt replied to someone on Twitter who asked if he believed McNamara really did help the case. And though Oswalt acknowledged that the authorities don't want to admit she helped, he truly believes she did. He also tweeted, "Also, the cops will NEVER and HAVE NEVER credited a writer or journalist for helping them solve a case. But every time they said #GoldenStateKiller they credited the work of #MichelleMcNamara and #IllBeGoneInTheDark." Oswalt believed that McNamara's writing renewed interest in the case long after it had gone cold, which fueled the authorities to look into it more.

What really helped police catch DeAngelo, though, was a DNA match that was possible because of advanced technology they didn't have back in the '80s. Police had DNA from crime scenes in the '70s and '80s but weren't able to glean anything from them at the time. The 2000s brought the genealogy trend, which is exactly what police needed for this case, according to The Sacramento Bee. An investigator used the crime scene DNA and uploaded it to a genealogy site and was able to connect it to one of DeAngelo's family members.

Once a DNA match was found on the site, authorities were able to hone in on their search, which ultimately led them to DeAngelo. After tracing family trees, police identified DeAngelo as their prime suspect, so they canvassed his house until they were able to collect a DNA sample. From there, they matched it to the old crime scenes, and he was arrested and accused of dozens of rapes and murders.

On June 29, DeAngelo plead guilty in a Sacramento court to all viable charges. In return for escaping the death penalty, he entered a plea deal that sentenced him to 11 consecutive life sentences without parole.