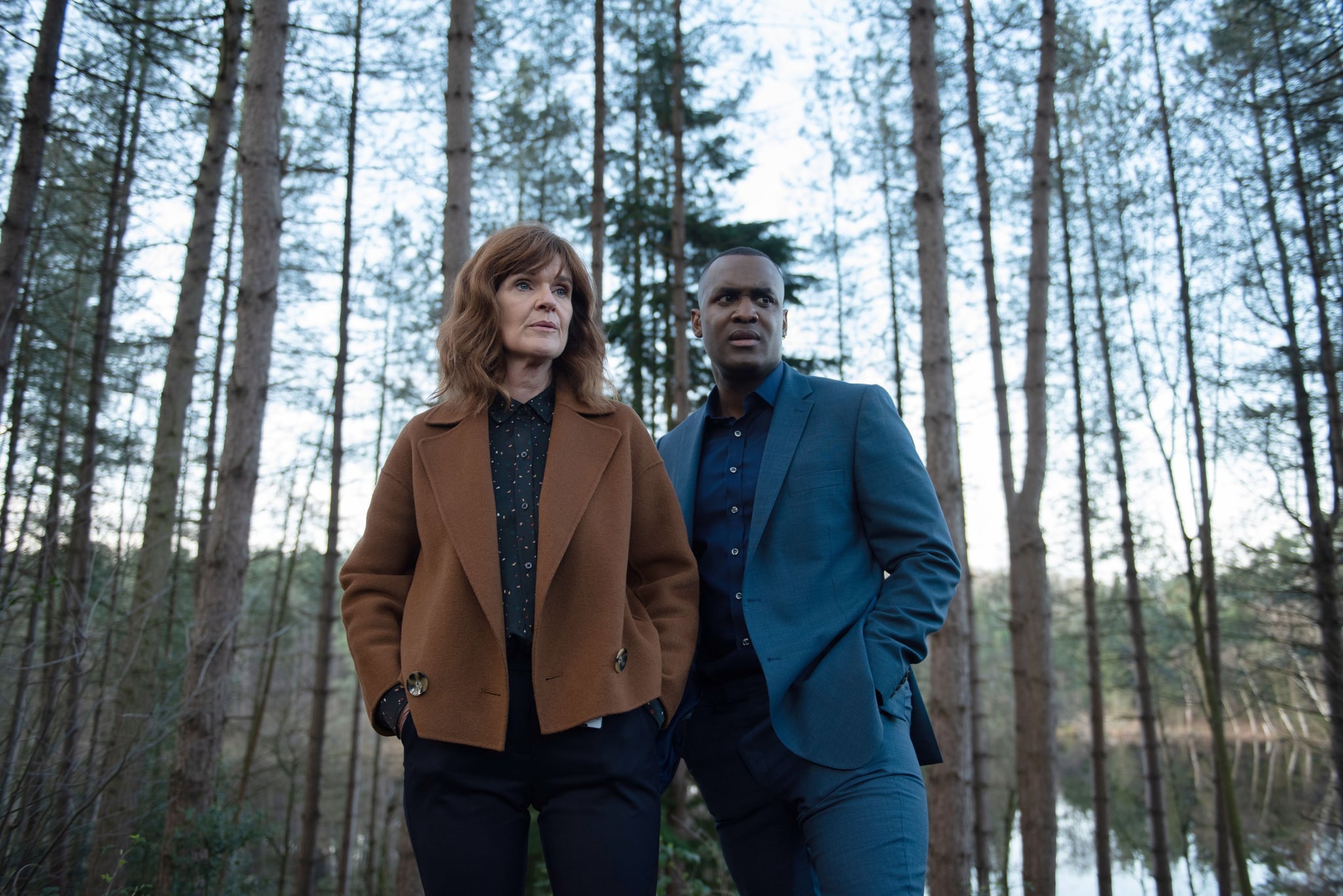 While skimming Netflix's thriller collection, you might have come across a new British series called The Stranger. Created by Harlan Coben, the show includes mystery, intrigue, and, above all, family drama between an interconnected group of people — it's Love Actually . . . but make it murder. The show starts with a stranger who tips off Adam Price (Richard Armitage) about his wife's fake pregnancy. The stranger (Hannah John-Kamen) pops up routinely, blackmailing people about either their indiscretions or the indiscretions of their loved ones. Soon, Adam's wife Corinne (Dervla Kirwan) goes missing. Each episode, the story zooms out to give us a fuller picture. Here's how the twisty threads of the series unwind by The Stranger's ending.

What Happened at the Rave?

Let's briefly touch on the kids, who don't have much to do with the main plot, except that Detective Johanna Griffin (Siobhan Finneran) initially investigated their case before the murders. Mike was high on a hard drug at a rave because Daisy spiked him after becoming convinced that he posted pictures of her sister's privates. (It was Liv who did it — more on Liv later.) While high, Mike hacked off the alpaca head that started the investigation. Dante, who was found naked after the rave and was in a coma all season long, simply fell in the woods after Daisy left him. That's it. Even though he took creepy videos of her, he had nothing to do with Corinne's disappearance. Really, it's the adults who are doing the shady things.

What Happened to Katz?

We discover early on that Patrick Katz (Paul Kaye), Johanna's colleague, murdered her friend Heidi (Jennifer Saunders). He was looking for information on the stranger, who blackmailed his private client. Katz eventually learns that his wife, who has Munchausen syndrome by proxy, had been poisoning their daughter Liv, so his extra work and murder to foot her medical treatments were all for nothing. After that revelation, Johanna visits him. Her partner Wesley (Kadiff Kirwan) informs her over the phone that Heidi had been with Katz prior to her death. Before Wesley can reach them, Katz beats Johanna and later his wife. He soon leaves, though, after receiving a tip about the stranger.

Who Is the Stranger?

Adam's desperately looking for his wife and believes that the stranger knows where she is. He learns that the stranger is Christine Killane, the daughter of his client Martin Killane (Stephen Rea), aka the man who murdered his wife years ago and kept her in a body bag in the walls (yikes). Adam, with help from his father's private detective, finds her location. He texts Johanna the address, except Katz has her phone.

Christine and her partner Ingrid (Lily Loveless) hold Adam captive. The former reveals that Adam is *dun dun* her half-brother. Yeah, Martin isn't her biological dad. Adam's philandering father is. All of a sudden, Katz bursts in and shoots the women. Thankfully, Johanna's team gets there in time.

What Happened to Corinne?

In the hospital, Christine explains to Adam that she wanted to look out for him by letting him know about his wife's lies. Even though she exposes secrets for a living, she didn't want his money. From Christine's information, Adam eventually discovers that it was his friend Tripp (Shaun Dooley) who had been stealing the sports club's money. Corinne knew about this and decided to give him time to sort out his finances. When Adam asked Corinne about the fake pregnancy, she believed that Tripp had informed her husband about it and confronted him. Tripp fatally hit her, then buried her in the woods. Back to the present, Tripp leads Adam to her body and asks him to keep this secret, but Adam kills him with multiple gunshots.

Six months later, Adam is at his son's soccer (er, football) game. Johanna drops in to say hi. The last twist? We learn that Johanna had helped Adam cover up Tripp's death by pinning it on Katz. And in her typical fashion, Christine watches from afar, not in prison because no one wants their secrets revealed.