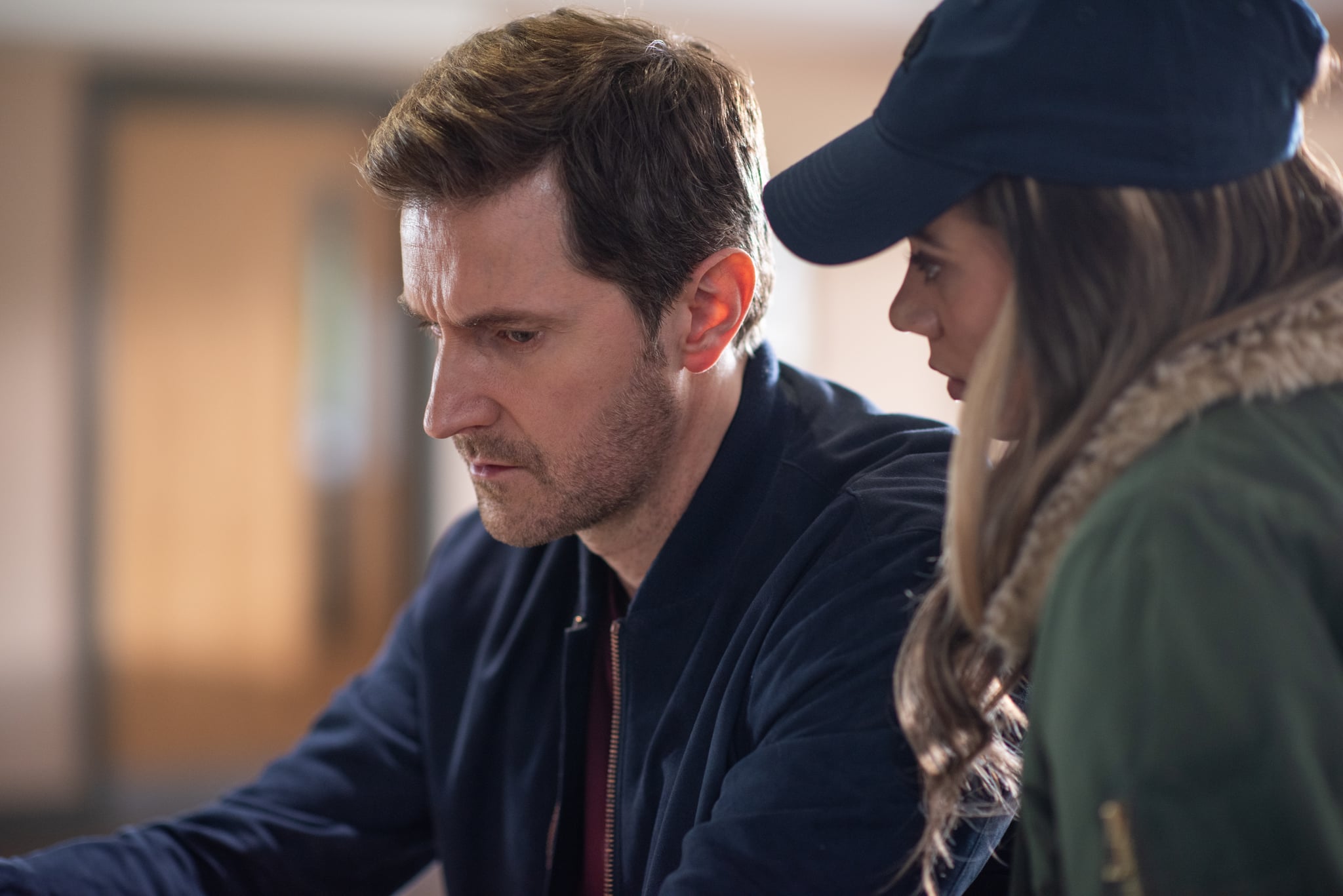 Netflix's latest crime thriller, The Stranger, is set for release on Jan. 30 and, in case you're wondering, no, it's not a true crime story. The Stranger is based on the 2015 bestselling novel of the same name, written by Harlan Coben. So, it basically combines two of our favorite things: a gripping crime story and a book-to-TV adaptation.

Just like the book, the Netflix original series tells the story of a seemingly perfect family whose lives are turned upside down when a stranger confronts Adam Price (played by The Hobbit's Richard Armitage) in a bar to tell him that his wife Corinne has been lying to him.

The first trailer starts with a montage of the family's happier moments, but switches gears when "the stranger" (Hannah John-Kamen) enters the mix and shatters their perfect life. What follows next is a series of high-stress scenes involving the police, a missing wife, dead bodies, many heated glares, and questions like, "How's that wife of yours?" being lobbed at Price. According to the back of the book, Price "finds himself caught up in something far darker than his wife's deception. And if he doesn't make the right moves, the conspiracy he's stumbled into will not only ruin lives — it will end them."

The eight-part series was filmed in and around Manchester, which confirms a pretty significant deviation from the book. Coben's novel is based in the US, but the series is based in England. In an interview with BT, screenwriter Danny Brocklehurst revealed that this meant some details had to be adapted for the series so they still made sense. Most notably, access to weapons is heavily restricted in the UK (in particular, access to guns), so they had to get creative and, in many cases, remove the use of guns altogether. Another random detail that had to be changed was Armitage's character's regular visits to a lacrosse club. "Lacrosse is not a sport that's widely played in the UK," Coben said in the same interview with BT. "So, we decided visually that football would be more interesting."

The Stranger looks like it will be a gripping thriller to say the least, and it'll premiere worldwide on Netflix on Jan. 30.