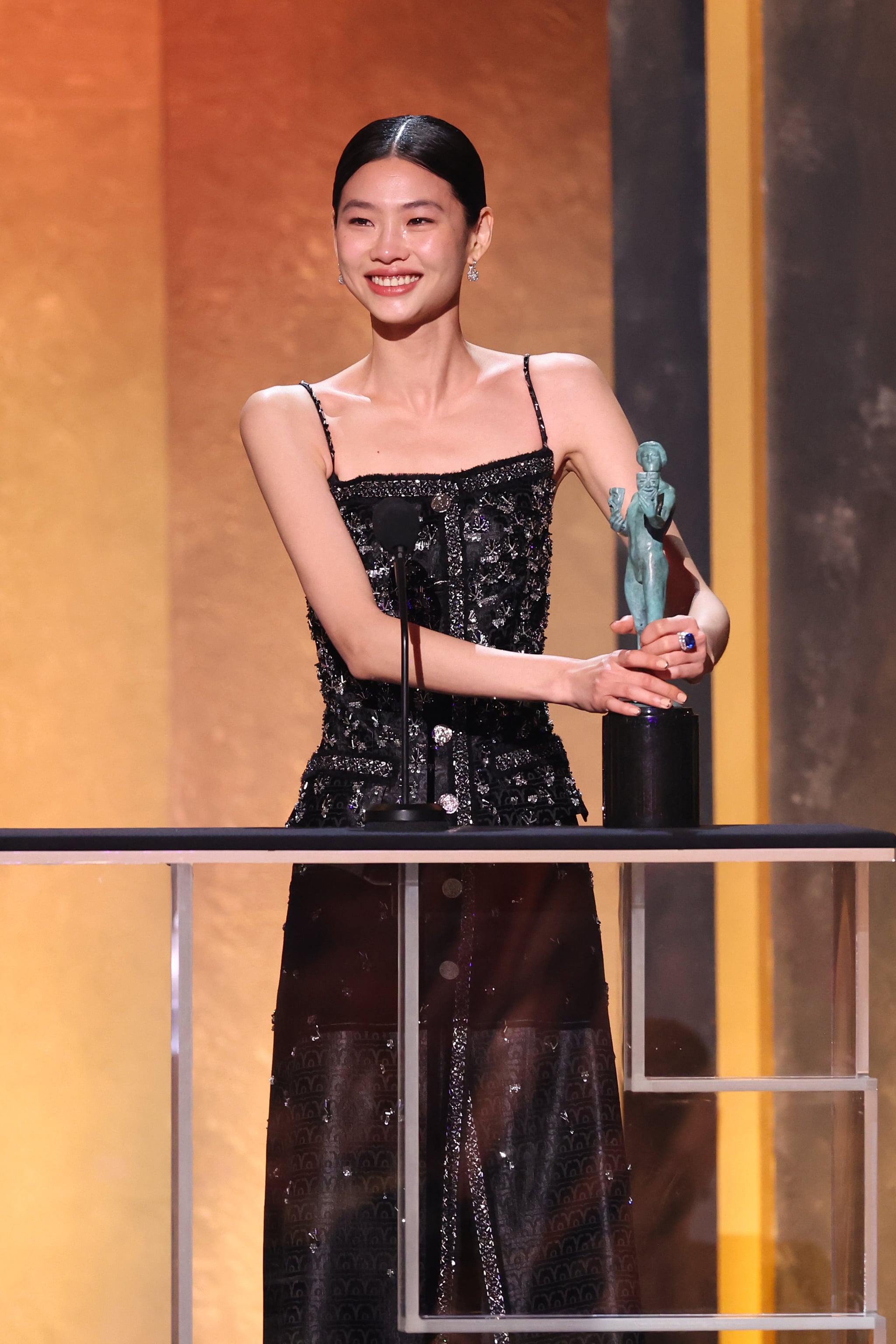 For once, we're crying happy tears over Netflix's "Squid Game," and HoYeon is right there with us. On Feb. 27, HoYeon received her first SAG Award for outstanding performance by a female actor in a drama series for her role as Sae-Byeok Kang in the Korean drama. Dressed in a glistening Louis Vuitton gown, HoYeon tearfully made her way on stage to accept her award as her costars joined in the chorus of cheers and applause that filled the Barker Hanger on Sunday evening.

"First and foremost, thank you so much," HoYeon said while wiping away tears of joy. "I have sat many a times watching you on the big screen, dreaming of one day becoming an actor." As HoYeon's translator spoke to the audience, the "Squid Game" star turned away from the camera to compose herself, still sniffling from the overwhelming happiness of being honored for her outstanding performance. In English, HoYeon added, "Thank you [for] making me dream and opening the door for me. I love you, my 'Squid Game' crew!"

Jung Ho-Yeon receives her first-ever Actor® for Outstanding Performance by a Female Actor in a Drama Series for her role in #SquidGame #sagawards pic.twitter.com/PJAHCavDni

TV
This Major "She-Hulk" Moment Ties the Show to "Thor: Ragnarok"
by Victoria Edel 49 minutes ago