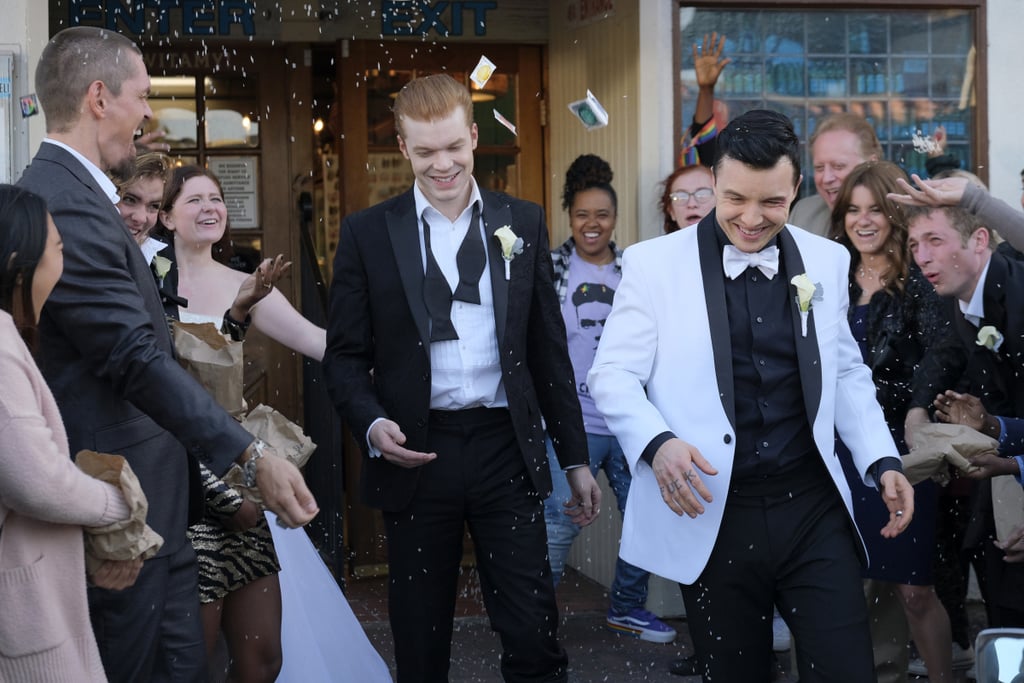 The music industry has Beyoncé and JAY-Z. The Twitter world has Chrissy Teigen and John Legend. And Shameless has Ian Gallagher and Mickey Milkovich, played by Cameron Monaghan and Noel Fisher. During the season 10 finale of the beloved Showtime series, fans witnessed the longtime couple exchange their vows and say "I do." It wouldn't be a South Side affair without screaming relatives and a well-executed scam, but to the relief of everyone watching, Ian and Mickey finally got the happy ending they deserved, making it one of the most beautiful scenes the series has given us since it premiered in 2011. Sorry, Terry Milkovich, but love won and even Frank was happy to be there.

As the final season of Shameless premieres this Summer, we sincerely hope executive producer John Wells and the showrunners keep the Gallavich newlyweds as happy as can be . . . especially since we're expecting another couple to tie the knot! That's right — Kev proposed to V during Ian and Mickey's wedding, and although that might be a major no-no in typical wedding etiquette, nothing is off limits in Southie and we're ecstatic for them to make it official. Relive the beauty of Ian and Mickey's wedding ahead and bask in the love of their wedding pictures.

Related:
The Cast of Shameless Is Even Closer in Real Life Than It Is in Southie
Previous Next Start Slideshow
ShamelessTV

HBO
What's Going on Between Harper and Cameron on "The White Lotus"? 3 Theories
by Grace Orriss 18 hours ago