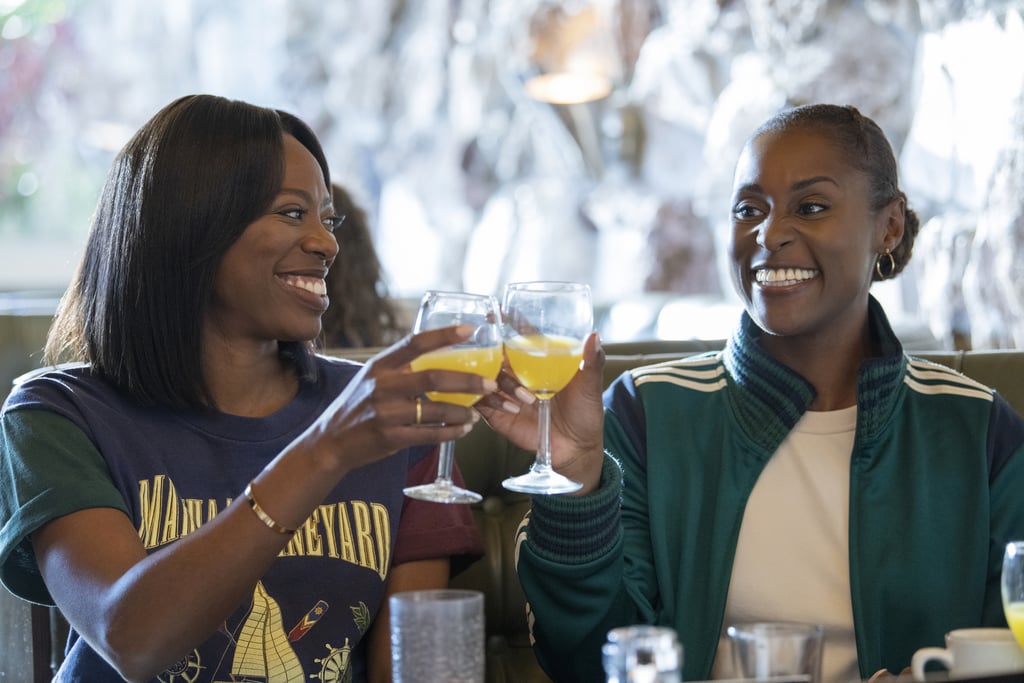 We Miss Them Already! Issa and Molly's 10 Best Friendship Moments From Insecure

Insecure has probably done more for the culture than any other TV show in the last decade, and that is not an exaggeration. The soundtrack consistently hits, the 'fits are impeccable thanks to stylist Shiona Turini, and the show has put Inglewood, CA, on the map. With each new episode, there's bound to be something that sets Black Twitter ablaze (lookin' at you, #LawrenceHive). And I'm convinced no other series has inspired so many derivative names for one of its characters, Poor Condolences, Condoleeza Rice, Canola Oil — I mean Condola.

At the core of Insecure, though, is Issa and Molly's friendship. The HBO show is lauded for its groundbreaking, intimate, and authentic portrayal of Black female friendship. It's no surprise that the chemistry between Issa and Molly is so palpable, considering the actresses who play them, Issa Rae and Yvonne Orji, are close friends IRL. However, Molly and Issa haven't always been friendship goals, having had their fair share of fights and brutal honesty. But if there's one thing we know by now, it's that they always find their way back to each other. Now that Insecure is in its fifth and final season (the finale episode airs on Dec. 26, and I'm already sobbing), let's take a look back at Issa and Molly's best friendship moments.

TV
Is "Girls5eva" Based on a Real Girl Group?
by Simrin Purhar 16 hours ago