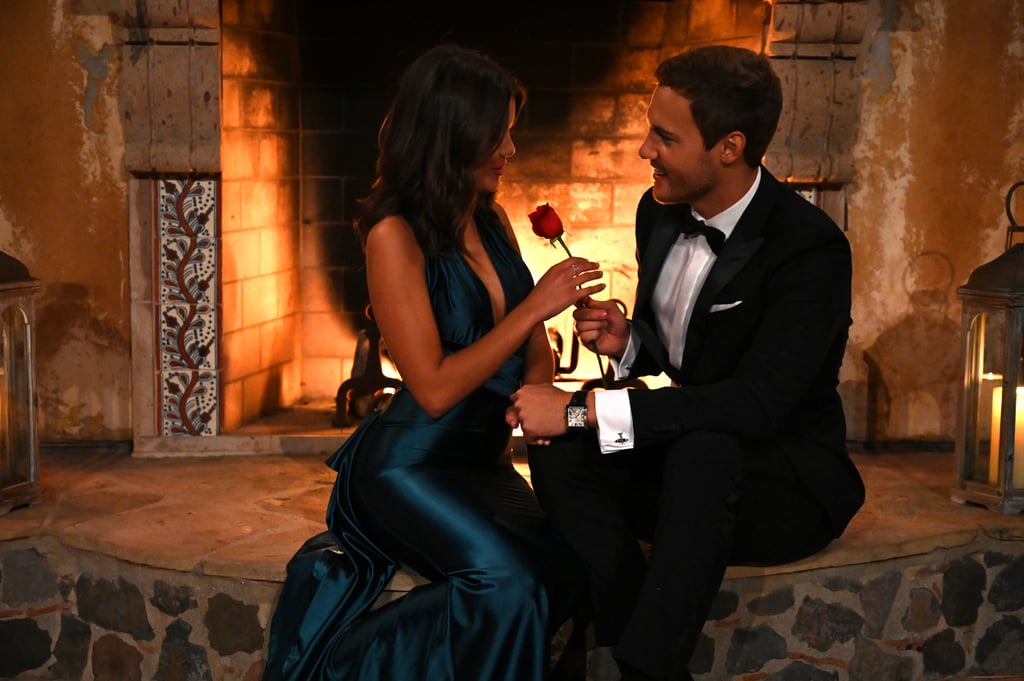 Is the First-Impression Rose a Curse on The Bachelor? We're Investigating

The sole first-impression-rose recipient to win the whole thing was Catherine Giudici, who won Sean Lowe's season. But that was a weird year: instead of giving out one rose during the first night, Sean handed out a dozen sporadically, all before the official rose ceremony — so the odds were higher than usual that a first-impression-rose recipient would win! Eight recipients have also managed to hang around until the final three, too, so getting that first-night rose does often correlate to a longer stay on the show.

It's worth noting that, over on The Bachelorette, things are a little more reliable. For four straight seasons, the first-impression rose went to the eventual winner: Kaitlyn Bristowe gave it to Shawn Booth, JoJo Fletcher chose Jordan Rodgers, Rachel Lindsay picked Bryan Abasolo, and Becca Kufrin chose Garrett Yrigoyen. The most recent season, however, bucked that trend in embarrassing fashion: Hannah Brown's first-impression-rose pick was Luke Parker, who went on to be one of the most infamous "villains" in Bachelorette history, despite sticking around until the final four.

Curious about the fates of all of the first-impression roses on The Bachelor? Keep reading to see how each woman fared!