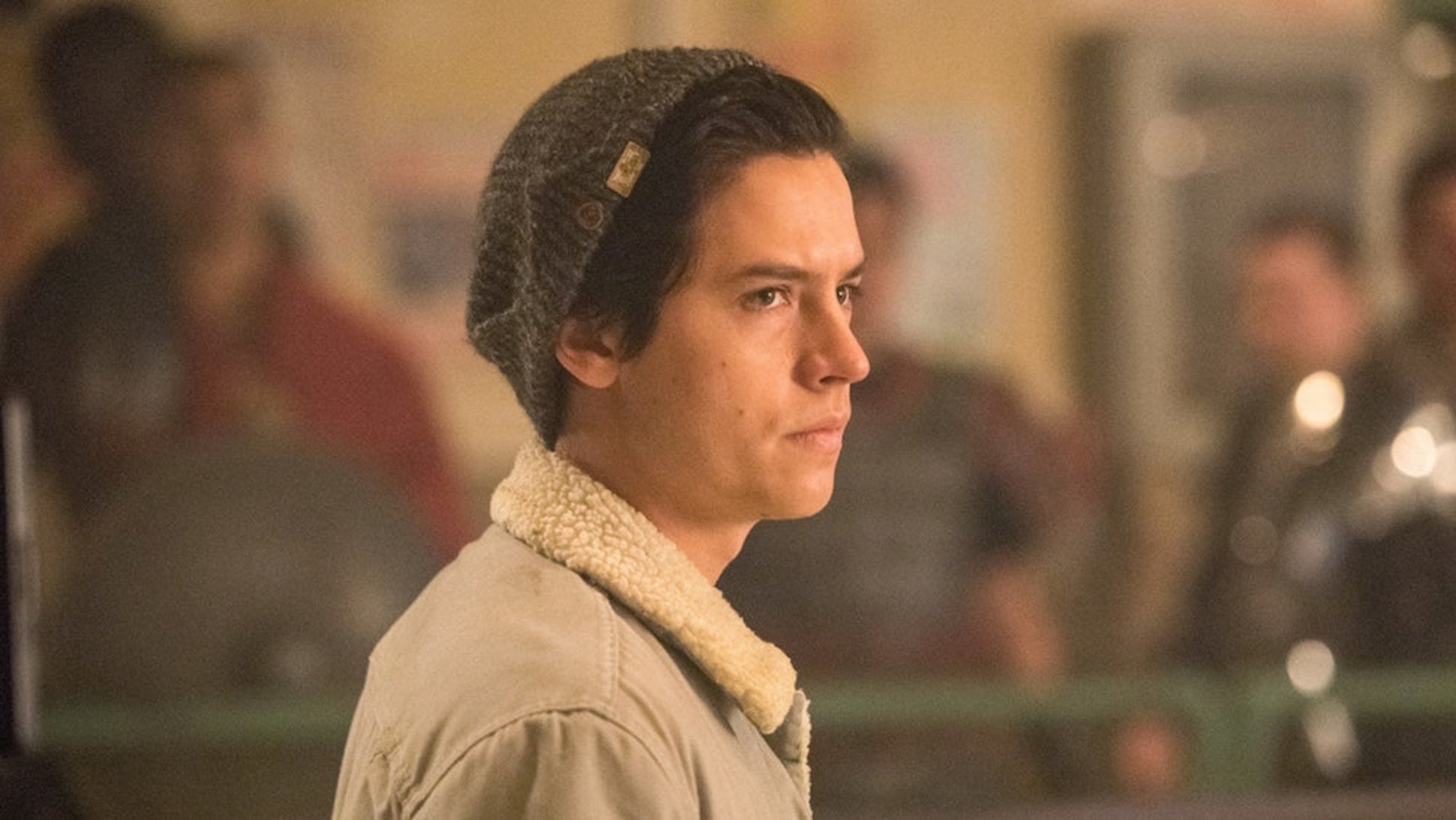 Riverdale just aired its Halloween episode, but nothing scares us more than the possibility of Jughead dying. Ever since the season three finale hinted at his demise, we've been searching for clues as to what's really going to happen. But last episode's flash-forward appears to confirm our worst fears: FP and Betty find Jughead's body! Yikes. Fortunately, this is Riverdale, and anything is possible.

So when Reddit users pointed out that Jughead has an identical cousin in the original Archie Comics, all the pieces of the puzzle started to fit and we could breathe again.

Nathan Jones's first appearance in the comics came in 1977. In issue No. 100 of The Jughead Jones Comics Digest Magazine, Nathan arrives in town to ruin Jughead's reputation with girls, but perhaps his role in the show will be far darker. Considering the town of Riverdale is no stranger to extended family members showing up and turning everyone's lives upside down, Nathan might be the solution to Jughead's season four mystery. His existence would explain the body and avoid a Will Byers situation.

This isn't the first time fans have suspected a Jughead doppelgänger. Ever since he was cast as Jughead, people have speculated Cole Sprouse's identical twin, Dylan, would appear in the show at some point. But when asked about the possibility, Cole was dismissive. Talking to E! News, he said, "That's the thing, we live in this universe where if Dylan came on as an identical twin cousin to Jughead, people would be like, what does this have to do with the drugs and the maple syrup barrel? It's just one of those things that would be hard."

But here's the stinger: that quote is from 2017, back when Riverdale didn't have cults, LARPing drug gangs, and bear attacks. Today, the writers seem to have no problem with strange family trees. And even if Dylan has no interest in appearing in the show, fans would be more than happy to see Cole himself play the role. Anything to keep Bughead's flame alive!

by Naledi Ushe 58 minutes ago