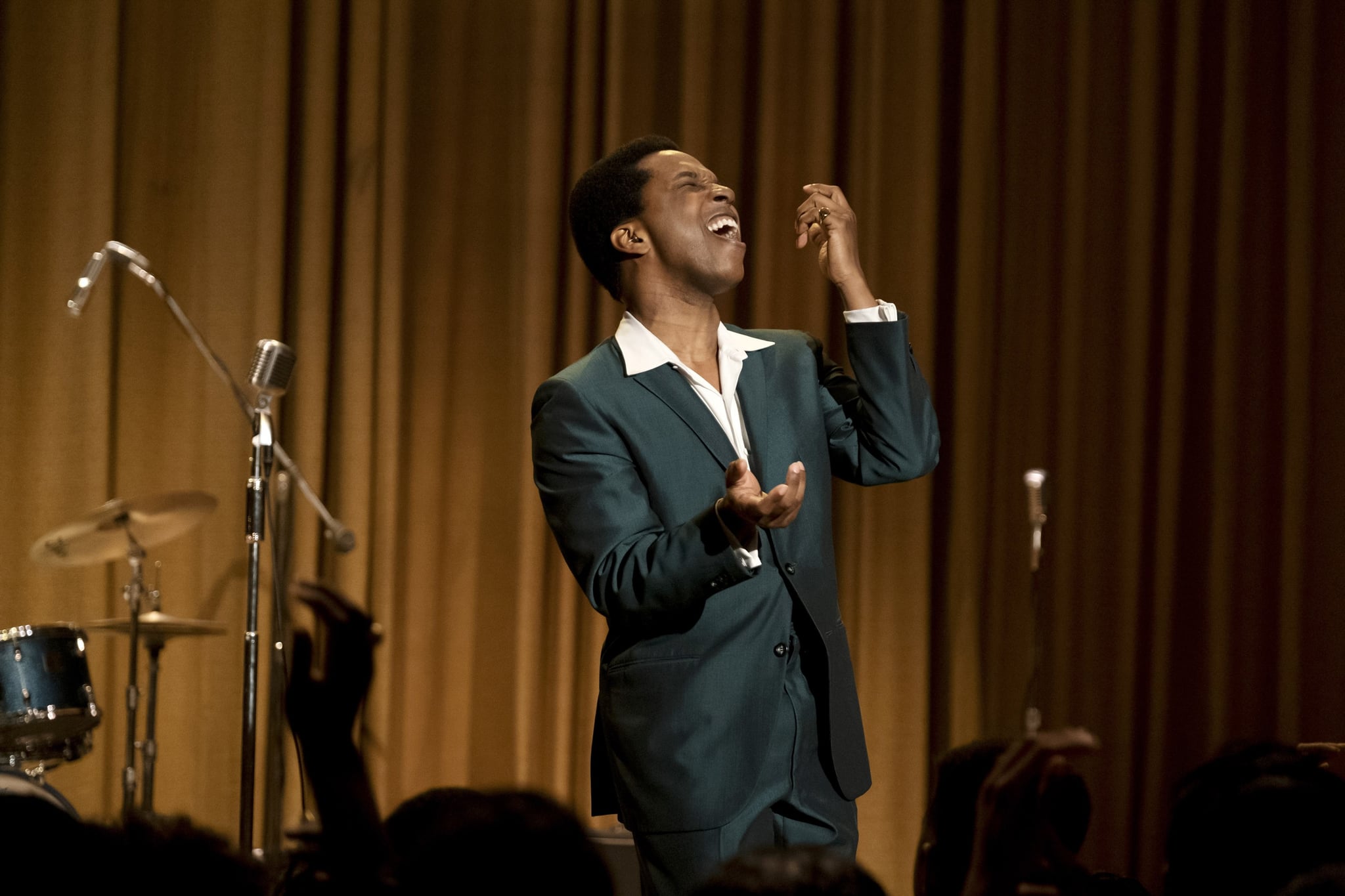 The casting for One Night in Miami is truly top notch. The Regina King-directed film is based on the stage play by Kemp Powers of the same name and follows a fictionalized conversation between four Black icons — boxer Cassius Clay (Eli Goree), football player Jim Brown (Aldis Hodge), soul singer Sam Cooke (Leslie Odom Jr.), and activist Malcolm X (Kingsley Ben-Adir) — on the historic night of Feb. 25, 1964 when 22-year-old Clay became the world's heavyweight boxing champion after defeating Sonny Liston. And if you were wondering: yes, that really is Odom Jr. singing.

The 39-year-old Tony winner perfectly embodies the essence of Cooke as he covers some of his classic hits and lets his voice shine throughout the film. Odom Jr. does this with such ease and grace, you almost forget he's playing a character. In an interview with Entertainment Weekly, Odom Jr. revealed that he was initially hesitant to take on the role of Cooke because he didn't think he could fill his shoes.

"'Speak Now' resonated because it sounded like: 'Listen, your time is precious and you're not guaranteed a lot of it, so speak right now in this moment.'"

He explained, "There's so much footage on Sam, and we hear Sam. We've heard Sam our whole lives. He's been in our ear. Anybody that's walking planet earth right now, has heard Sam, has heard 'You Send Me,' has heard 'A Change Is Going to Come,' so I was not inclined to pick up those very large shoes and fail. I didn't feel up for the task, and I just thought there would be somebody better suited than I." Luckily, Odom Jr. reconsidered and accepted the role after he got a call from his manager and agent.

Odom Jr. is also responsible for the song in the title credits, "Speak Now," which he cowrote with songwriter Sam Ashworth. "Sam watched the movie, and he was very inspired by that thread in the story of how troubled Sam was by 'Blowing in the Wind' by Bob Dylan, so we started there," he said. "'Speak Now' resonated because it sounded like: 'Listen, your time is precious and you're not guaranteed a lot of it, so speak right now in this moment. Use your life, use everything that you are given, to make a change and to make a difference right in this moment.'"