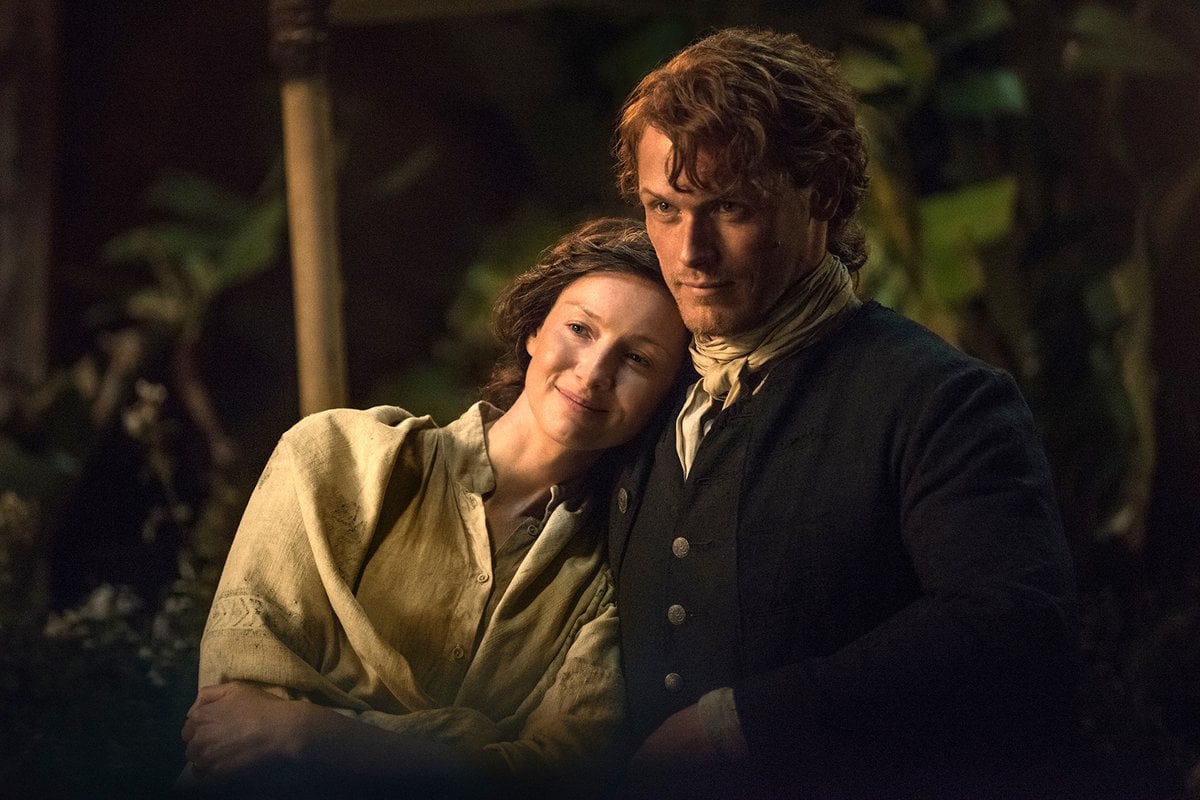 For Netflix subscribers, the Droughtlander is almost over! On Tuesday, the streaming giant's See What's Next Twitter account shared that the third season of Outlander will arrive on Netflix on Dec. 10, just in time for a marathon over the holidays.

If you're new to the time-traveling Starz romance, season three revolves around the plot featured in Outlander author Diana Gabaldon's third book, Voyager. After seeing how both Claire (Caitriona Balfe) and Jamie (Sam Heughan) deal without each other in their respective timelines when Claire decides to return to her original timeline to give birth, Claire uses the stones to travel back to the 1700s and eventually make her way to Jamie in Edinburgh. From there, they'll board a ship and go on a lengthy journey across the ocean to Jamaica. Brianna (Sophie Skelton) ends up braving the stones as well, and joins her parents with Roger's (Richard Rankin) help. Oh, the drama.

Make sure you catch up on both seasons three and four ASAP, because season five is on the way. In the meantime, though, you can check out the thrilling season five trailer.