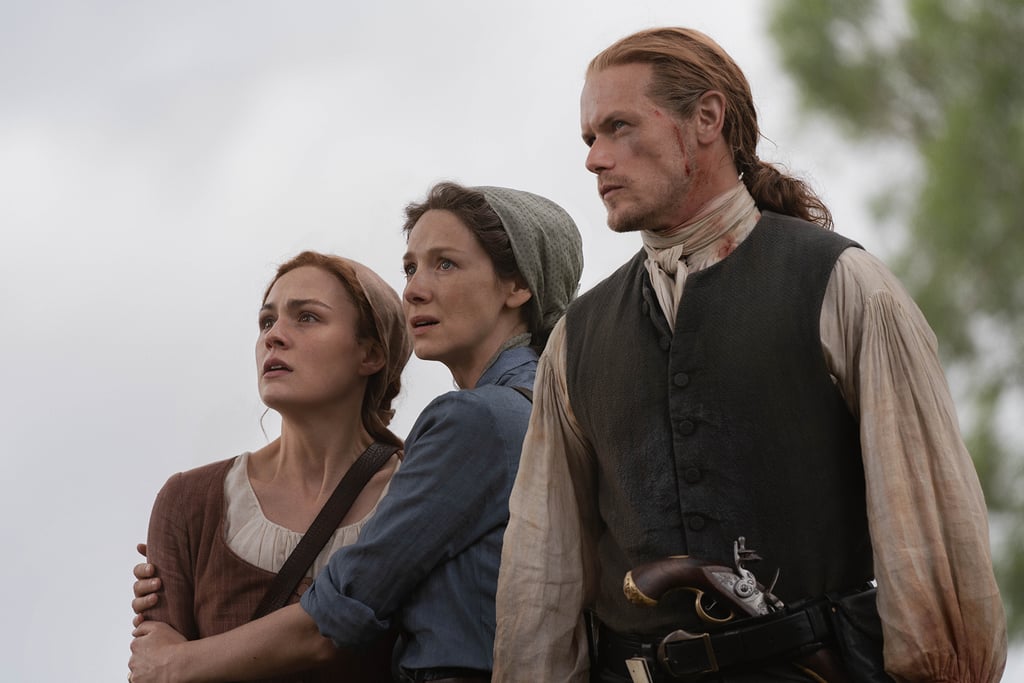 Calling all Outlander fans! In just a few short months, the Droughtlander is coming to an end, meaning we don't have that much longer to go until we check back in with Claire (Caitriona Balfe), Jamie (Sam Heughan), Bree (Sophie Skelton), Roger (Richard Rankin), and the rest of the beloved characters from Diana Gabaldon's bestselling novels in season five of the historical romance.

In addition to a good look at one very adorable baby, we see Claire and Jamie seemingly bidding adieu to their American neighbors, as well as Claire mourning over a lost patient, Bree teaching Roger how to shoot, and an image of the Frasers with a look of fear on their faces that has us a bit worried, to be honest. What kind of drama is lurking on the horizon?

In the season five trailer for the series, it appears as though their new lives at Fraser's Ridge are about to be upended. Between trying to establish their clan and the tense political climate they've walked into, the family is forced to make decisions that will forever change their lives. Ahead, see if you can pick out any clues in new photos from the Starz series before season five premieres in February 2020.