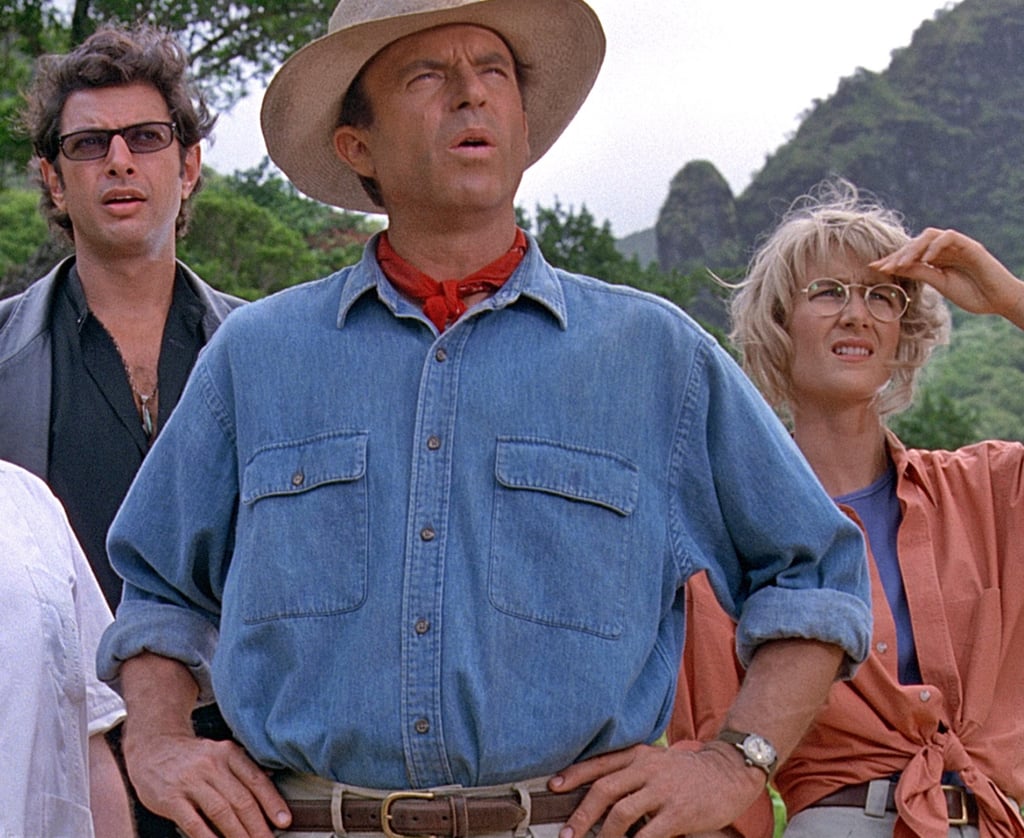 The release of Jurassic World 3 finally feels a little bit closer thanks to the announcement that three original Jurassic Park cast members have signed on for the third installment of the new franchise. That's right: Jeff Goldblum (who previously appeared in Fallen Kingdom), Laura Dern, and Sam Neill are all stepping back into the characters that they played way back when, in the original Jurassic Park film.

Their return was confirmed on Wednesday via the official Jurassic World Instagram account, with a throwback photo showing the trio in Steven Spielberg's original 1993 action film, captioned simply with, "They're back. Welcome to Jurassic World Alan Grant, Ellie Sattler & Ian Malcolm. #2021". Dern was quick to comment on her own page, posting a photo with Jurassic World 3 director Colin Trevorrow, and was clearly excited. She captioned the post with, "Loved joining my buddy, Colin, to announce the return of the original cast of Jurassic Park back into the Jurassic World. #jurassicpark #jurassicworld @samneilltheprop @jeffgoldblum #colintrevorrow." The news comes just 10 days after the franchise released an official short film — titled Battle at Big Rock — which is set one year after Jurassic World 2, in a dystopian world where dinosaurs roam free. The third film is set for release on June 11, 2021, three years after Jurassic World: Fallen Kingdom hit cinemas in 2018. Keep on reading to find who has been confirmed for Jurassic World: Fallen Kingdom so far.