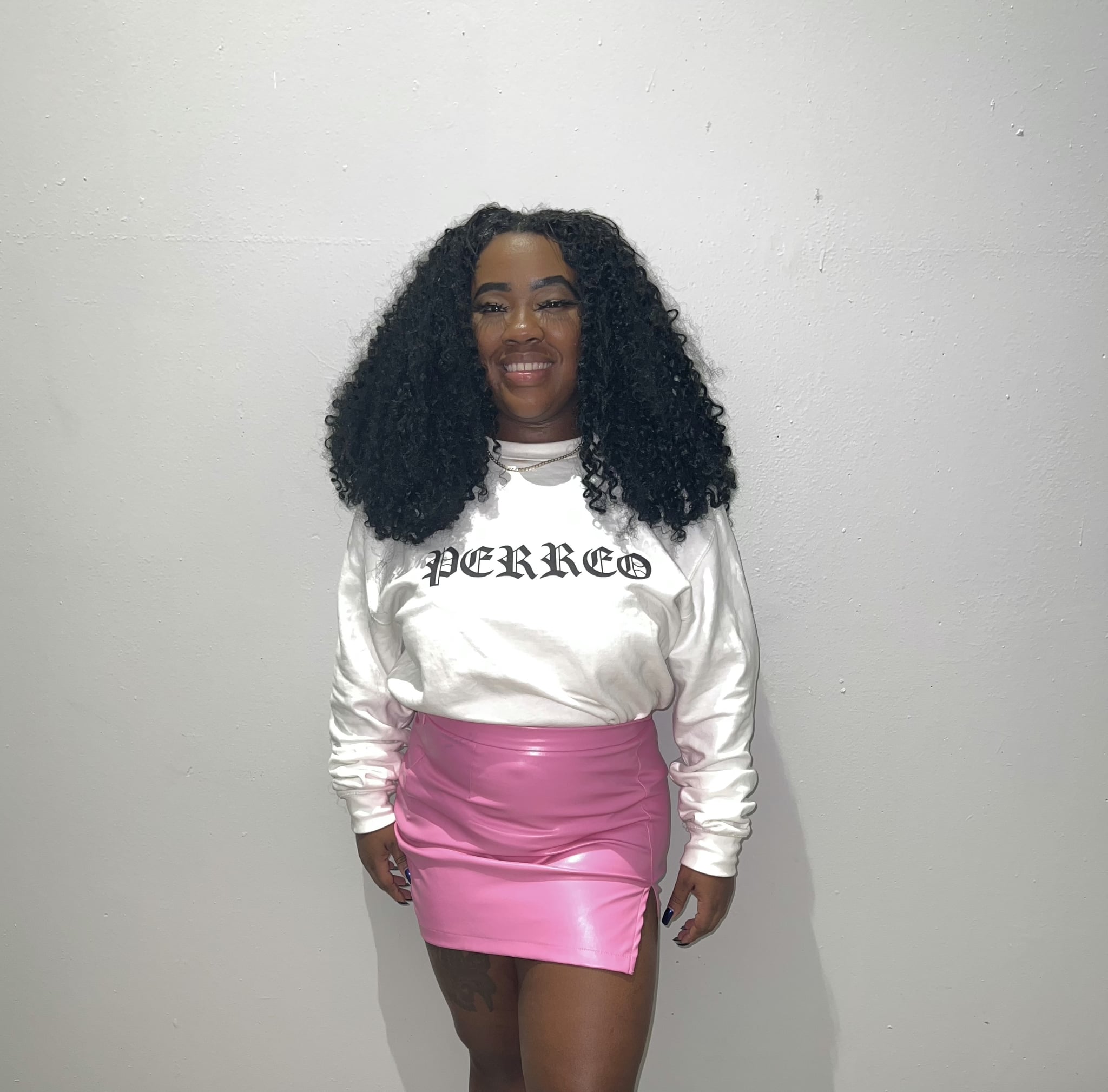 Reggaeton has gained worldwide popularity within two decades. From Billboard to Rolling Stone, headlines have centered chart-topping artists like Bad Bunny, Daddy Yankee, and J Balvin, often aligning their meteoric success with the musical genre's defining moments. However, a majority of mainstream framing of reggaeton, or reguetón — an umbrella term that's grown to include genres like reggae en español, dembow, perreo, Latin trap, and more — veers from its Black origins. And when women and femmes are spotlighted in the largely cis-hetero, men-dominated industry, they're typically white, mestizx, or light skinned, which is an apparent reminder of how racism, colorism, gender, and queerphobia collide in the Latinx community. 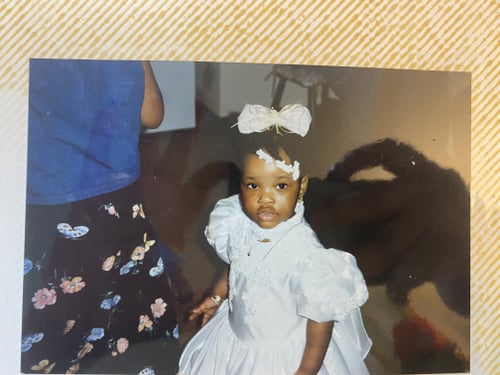 For Katelina Eccleston, a sought-after voice on reggaeton in academia, media, and the music industry, the -isms and -phobias are a part of her razor-sharp analysis of a genre she grew up loving. "Reggaeton has been played in my house since I was born," Eccleston, who is of Panamanian-Jamaican descent, tells POPSUGAR. She recalls some of her earliest memories on VHS tapes, where she can be seen dancing to El General or perreando on the dance floor at a family friend's quinceañera.

Her deep appreciation for reggaeton and its history has put Eccleston on the radar of both pioneering and up-and-coming reggaetonerxs, artists, music executives, journalists, and scholars who come across her platform, Reggaeton Con La Gata. Founded in 2017 under her creative agency, Elumina Media, Reggaeton Con La Gata is the first bilingual femme brand and platform focused on the intersectional analysis and history of reggaeton. With the platform's 2015-created Twitter account, which has over 10,000 followers (and gems like her Negras in Urbana thread), and a YouTube presence that began in 2018, Eccleston has digitally etched herself into herstory. On top of that massive social imprint, Reggaeton Con La Gata has 15,700 Instagram followers and a grid that hints at her impact: features in Harper's Bazaar, The New York Times, Los Angeles Times, and Time; lectures given at Harvard University and Dartmouth College; and brand-led speaking and curatorial gigs with Gap, Twitter and Spotify. 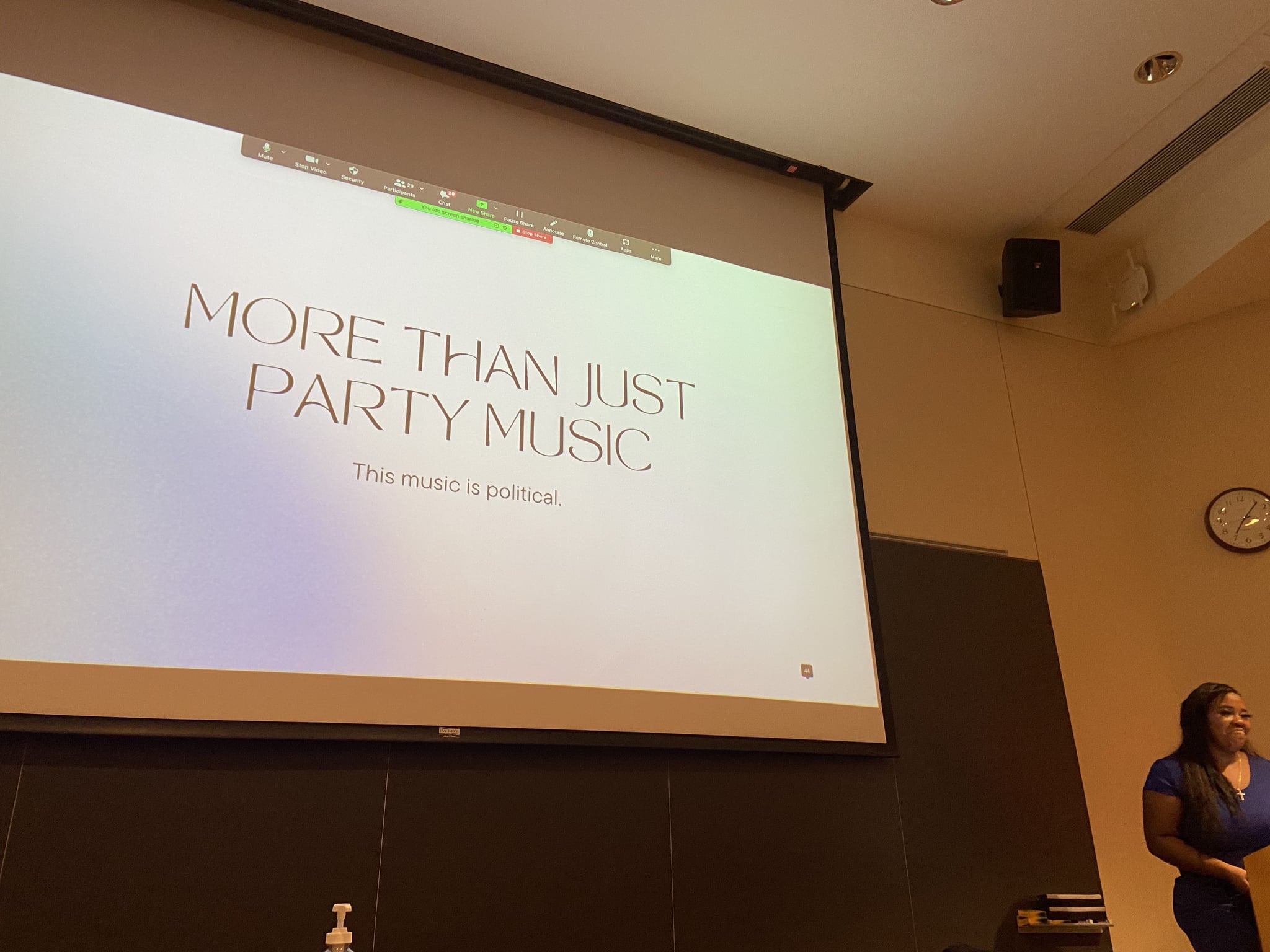 The accolades are well deserved and a testament to a journey filled with grief and healing. After Eccleston's father died by suicide when she was 12, the artist pulled away from reggaeton. The emo reggaetonera, as she describes her teenage self, fought through her depression and emerged ready to recommit to her happiness. But two months into her freshman year at Pratt Institute, a sexual assault led Eccleston to leave school. She later enrolled at Marymount Manhattan College, where she majored in communication and media studies.

"I was dedicated to getting through that trauma as healthy as possible, and so music definitely allowed me to do that, and to move on, and to take me to places where I otherwise would never be able to go."

"I was dedicated to getting through that trauma as healthy as possible, and so music definitely allowed me to do that, and to move on, and to take me to places where I otherwise would never be able to go," the reggaeton historian and archivist shares. "After my assault in Pratt, my therapist urged me to pour my feelings into something healthy, so I actually decided to take on an entrepreneurial path, like, formally."

The 28-year-old's educational background — and pre-teen experience making teen-night flyers and MySpace layouts — set the foundation for her fashion brand turned agency. Ultimately, the hustle birthed Reggaeton Con La Gata. The Boston-raised jefa's titles now include associate producer of the Spotify Original podcast "Loud"; lead researcher on MTV and Paramount's forthcoming docuseries "De La Calle"; cohost of "Remezcla Rapidito"; and cohost of "Dímelo Cantando," a partnership with Noise Colectivo and her own platform — the latter two she does with her friend and creative collaborator Jennifer Mota.

"I am shifting the culture, and I have to smell my flowers while I'm here because one thing that's become apparent to me is pioneering is hard. Because you got to make sure that as you're doing it, you are getting the benefits at the same time."

Eccleston, who was named a 2022 Culture Shifter by HuffPost, is adamant about recognizing her accomplishments as she continues to build her legacy. "I am shifting the culture, and I have to smell my flowers while I'm here because one thing that's become apparent to me is pioneering is hard because you got to make sure that as you're doing it, you are getting the benefits at the same time," the founder shares. "I want people after me to win, but also I need to win, too. I demand it, and I require it because, the hell, a Black woman in this space is doing so much."

As a queer, deep-brown-skinned Black woman, Eccleston — or Gata, as she's often referred to — is outspoken on the need to center Black Latinxs, particularly Black women and femmes, in reggaeton. She's aware that antiracism work is collaborative in the industry in which she navigates. But tackling the industry's erasure isn't her work alone.

Looking toward the future, she's excited about dropping music this fall — she even has a music-video concept in the works. Having initially envisioned Reggaeton Con La Gata as MTV's "Total Request Live," she also sees TV production and hosting in her future.