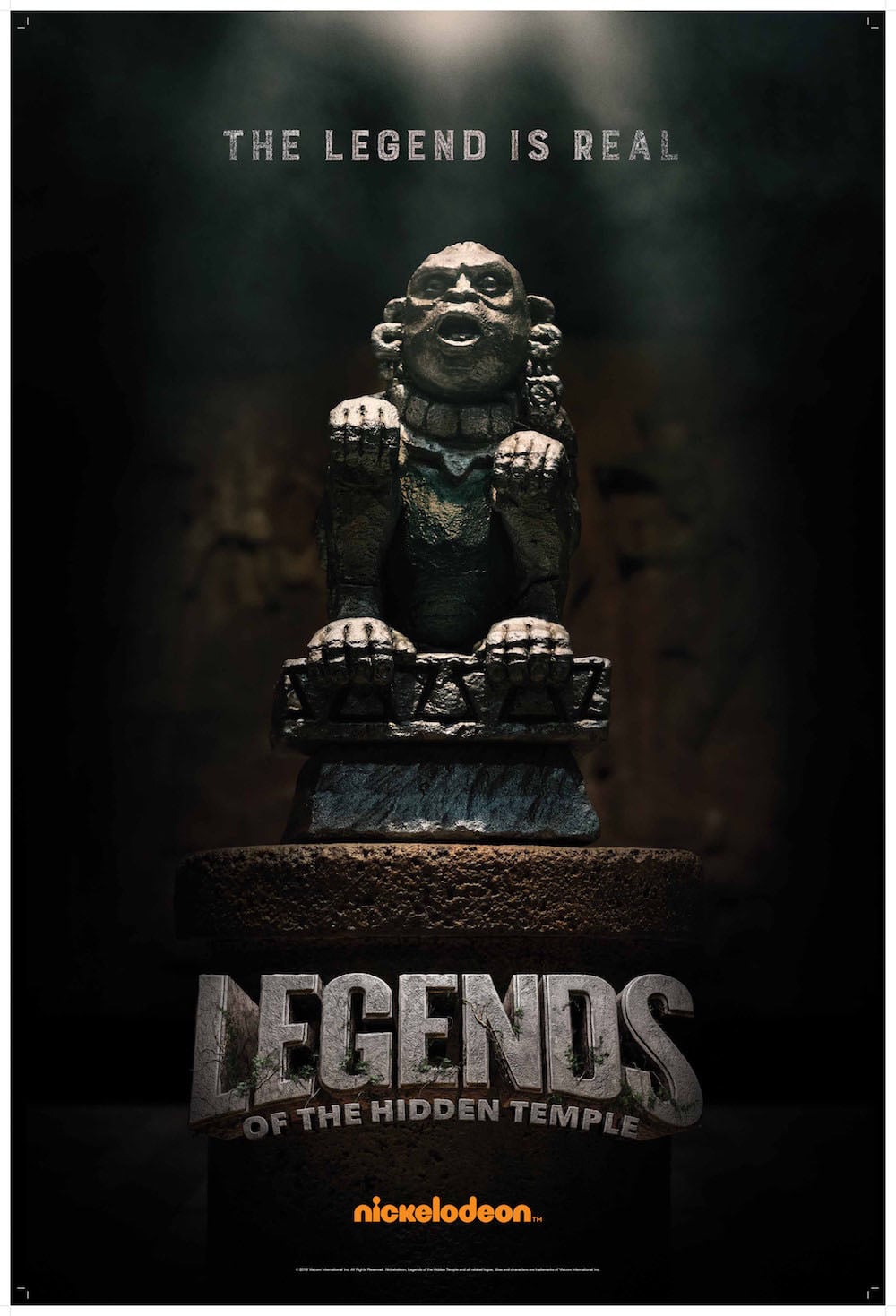 Calling all Red Jaguars and Blue Barracudas! It's time to grab your golden helmets and matching shirts, because Nickelodeon is bringing back Legends of the Hidden Temple, and my inner '90s kid is already racing across the moat. Streaming platform Quibi announced on Monday that it would be partnering with Nickelodeon to breathe new life into the classic '90s game show, according to Entertainment Weekly, and this time the series will be focused on young adults — aka us!

The show, which originally aired from 1993 to 1999, will reintroduce all of its original elements, including the great Olmec, the moat challenge, the temple games, and the temple run with one special twist. "The entire set will be taken out of the studio, into a jungle, and scaled up with tougher challenges and bigger prizes on the line," a Quibi representative said. So, yep, I expect things are going to get pretty intense, and I kind of want to be on the show even more now.

Related:
Very Important Question: Are You a Nickelodeon Kid or a Disney Channel Kid?

"Bringing back Legends for Quibi is a dream come true," said Scott A. Stone, who was one of the original show's creators and will executive produce the reboot alongside Nickelodeon. "I have been so lucky to be part of this defining millennial show, and now there is a defining millennial platform to go with it. I couldn't be more excited."

The project is just one of many Quibi shows expected to air after the streaming platform's premiere on April 6, 2020, including Chrissy's Court starring Chrissy Teigen, Survive starring Sophie Turner, and Cup of Joe starring Joe Jonas. Casting for contestants will begin soon, so I'm definitely going to be keeping my eyes peeled for any openings — the prizes would be so worth it.