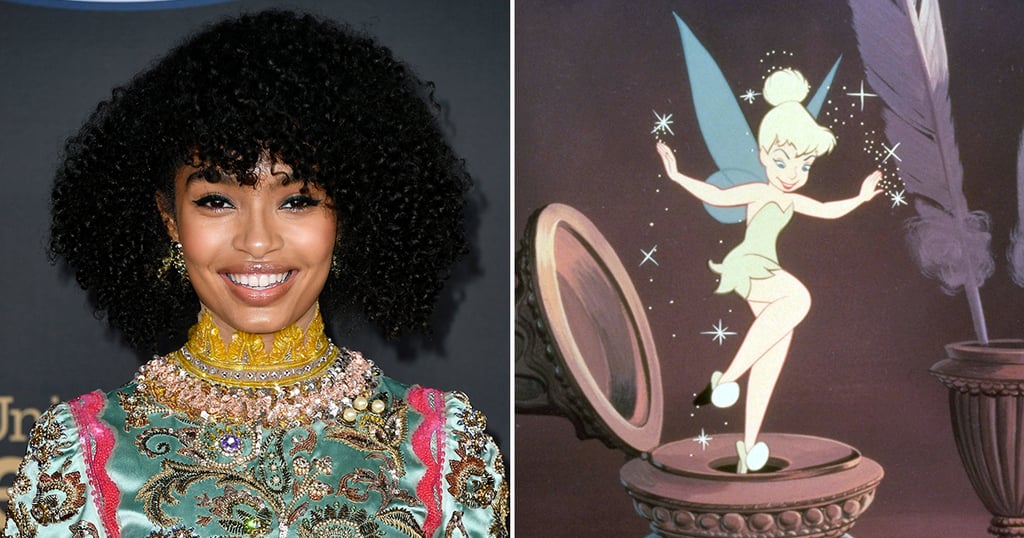 Yes, there's another Disney live-action reboot of a classic film coming, and this time, it's the studio's 1953 adaptation of J.M. Barrie's Peter Pan getting the three-dimensional remake. The film was announced back in April 2016, and on Sept. 25, Deadline broke the news that Black-ish star Yara Shahidi would be taking on the role of the cheeky pixie known as Tinker Bell alongside Jude Law, Ever Anderson, and Alexander Molony. Molony and Anderson are set to play the titular boy who never grows up and the eldest Darling, with Law donning the pirate cap to become Captain Hook.

Shahidi's casting marks the first time Tinker Bell has been played by someone other than a white actress and comes on the heels of the studio doing similarly with the casting of Shahidi's Grown-ish costar Halle Bailey to play Ariel in The Little Mermaid. Deadline reports that the studio and director David Lowery pursued Shahidi, nabbing her for the role of Peter Pan's closest friend. The film is currently slated for theatrical release and not expected to premiere on Disney+ like the recently released Mulan, but we know now to expect the unexpected. For now, we'll keep our eyes peeled as production proceeds and the cast continues to grow!

Related:
From "The Jungle Book" to "The Little Mermaid," Here Are All the Disney Live-Action Remakes
Previous Next Start Slideshow
Jude LawYara ShahidiMoviesMovie CastingPeter Pan And Wendy