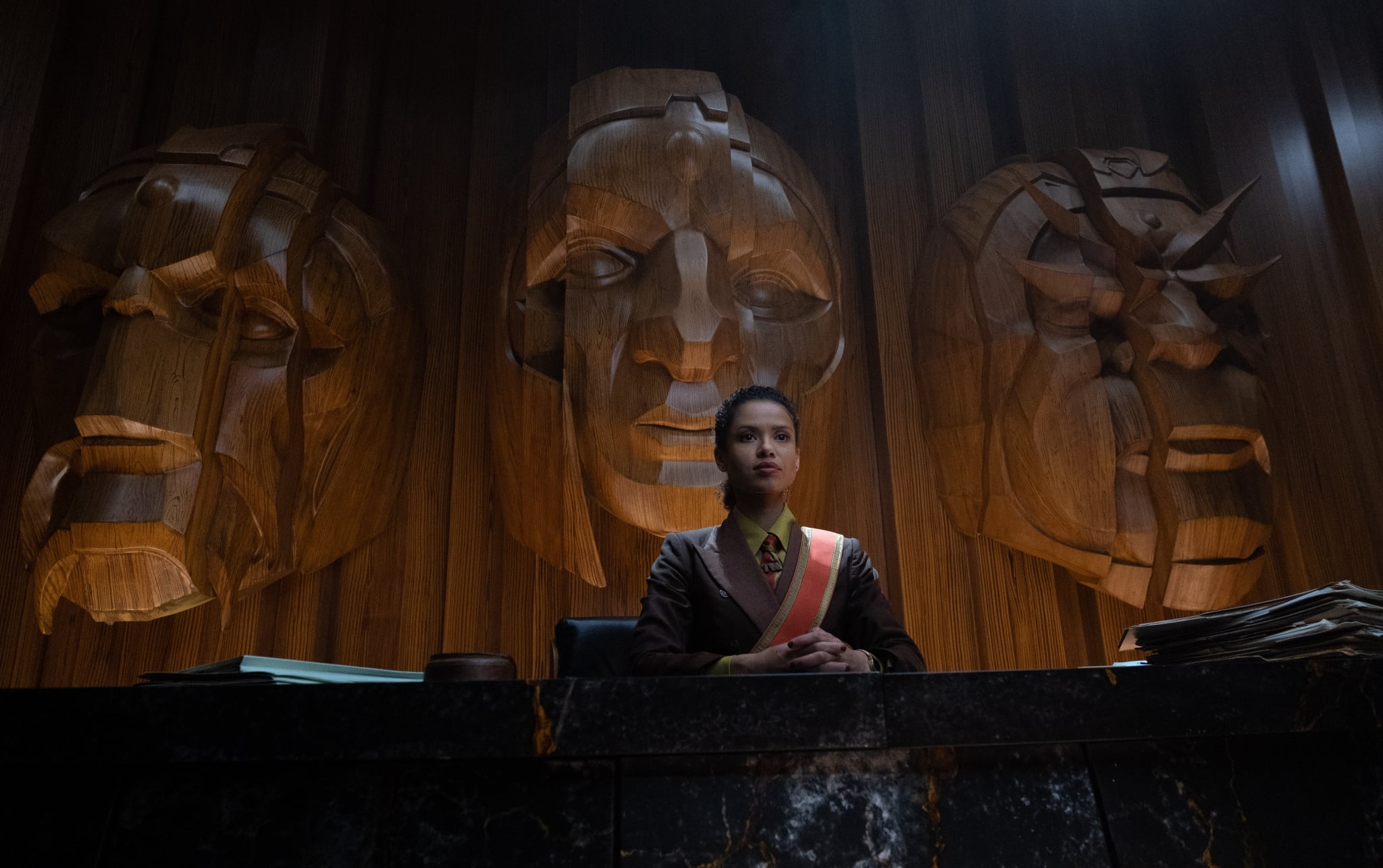 The first episode of Loki didn't just reintroduce the god of mischief and introduce us to the Time Variance Authority — it also gave us a big new chunk of Marvel lore! It's revealed that the whole of time and existence is actually overseen by three Time-Keepers, and as the Marvel universe moves more and more into the multiverse, we have a feeling they're going to become increasingly important.

We're introduced to the history of the Time-Keepers at the same time Loki is, thanks to a retro-animated TVA "orientation" video. According to the narration, eons ago, there were a huge number of timelines and realities, all of which were different from one another. Instead of coexisting, however, the timelines began essentially battling each other for dominance in an interdimensional war, which threatened to wipe out all of existence in every universe, forever. To put an end to it, the three Time-Keepers took matters into their own hands and reorganized all of reality into a single, harmonious timeline — the "sacred timeline." It's been the job of the TVA ever since to maintain that timeline, stop branches from forming out-of-sync alternate realities, and avoid the possibility of another multiverse-encompassing war.

Who the Time-Keepers actually are, however, remains shrouded in mystery. In the Marvel comics, they're not the "founders" of the TVA, but rather their legacy; they're created by the last director of the TVA to protect the timeline. They're also associated with their servant/prisoner, the time traveler Immortus, who is a former supervillain now tasked with undoing the damage he did when he was a young villain called Kang the Conqueror.

That itself may be important moving forward: in September 2020, rumors swirled that Jonathan Majors would be playing Kang in the upcoming Ant-Man & The Wasp: Quantumania. Kang is connected to both the Time-Keepers and Scarlet Witch in the comics, all linked together through their powers revolving around the multiverse, time travel, and reality-bending. While the Time-Keepers currently just seem like vaguely creepy myths, we have a pretty strong feeling they're going to play into much more of the story as the Marvel universe continues.