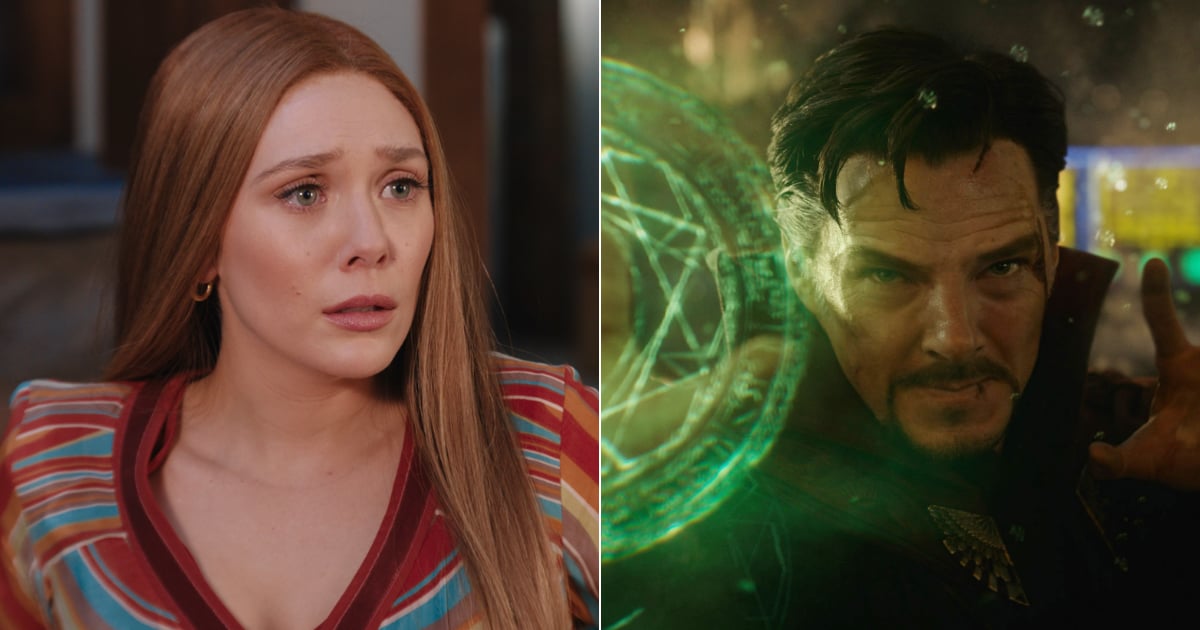 It isn't news that Wanda Maximoff is joining the sorcerer supreme in Doctor Strange in the Multiverse of Madness, but how will she end up alongside the Bleecker Street magician, and why? While there are still quite a few WandaVision episodes to go, it's not too early to begin speculating how the series may tie into Wanda's future in the MCU.

In episode three of WandaVision we are finally introduced to fan-favorite characters of the Young Avengers comics, albeit in baby form. Tommy and Billy, aka Speed and Wiccan, make their debut in the MCU as the children of Vision and Wanda. Many of us are wondering what will happen to the twin boys, as it's been established that the reality Wanda is living in doesn't actually exist. Because they came from Wanda's body, and she is possibly the only real person in this warped reality, will Tommy and Billy still be real when the illusion is ultimately shattered? Or will they disappear along with everything else that is dreamed up in the sitcom-styled world we see?

In Tommy and Billy's comic origin stories, it's revealed that part of their souls belong to Mephisto. The villain eventually reabsorbs the shards, effectively removing Wanda's children from existence. Their souls are later reincarnated, however, in the form of Tommy Shepherd, born to Frank and Mary Shepherd, and Billy Kaplan, born to Jeff and Rebecca Kaplan.

There's another theory entirely that Mephisto has something to do with Wanda's current state of reality in WandaVision, anyway. Whether Mephisto is appearing in the series or not, there are other opportunities to have the twins somehow cease to exist once this bubble Wanda is living in comes to an end. Could that be what leads her to Doctor Strange?

Related:
Geraldine's Necklace Is the Biggest Clue Yet to What's Happening on WandaVision

Once the reality surrounding Wanda is gone, will Tommy and Billy be born somewhere else? Would it be in the current world in which the MCU takes place in, or would it be somewhere out in the multiverse we are soon going to see in Doctor Strange in the Multiverse of Madness and the upcoming third Spider-Man installment?

If Marvel is angling for a Young Avengers series or movie, this is the way to do it. Having the twins be a part of the multiverse means they have the potential to grow up faster. In fact, some Young Avengers are already confirmed to be joining the MCU. Archer Kate Bishop (Hailee Steinfeld) is coming to Disney+'s Hawkeye series and there are rumors of Scott Lang's daughter, Cassie Lang, donning her comic-book hero persona as Stature, now that the role has been recast with Kathryn Newton in the role in the upcoming Ant-Man and the Wasp: Quantumania. Tommy and Billy could solidify the team-up if they come back to our world already grown, no longer the babies that Wanda remembers.

What would inspire Wanda to team up with Doctor Strange as he transverses through time and space? Looking for her lost children, of course. It's possible that Wanda will lose her sons sometime during the duration of WandaVision, leaving her with even less than she had at the end of Avengers: Endgame. First her brother, then her love, now her sons? It's understandable how incredibly fragile Wanda would be in this moment, but it's also easy to see how losing her sons could be what sparks the fight back in her. Propelled to protect her children, Wanda could end up being one of the most powerful — if not THE most powerful — heroes in the MCU.