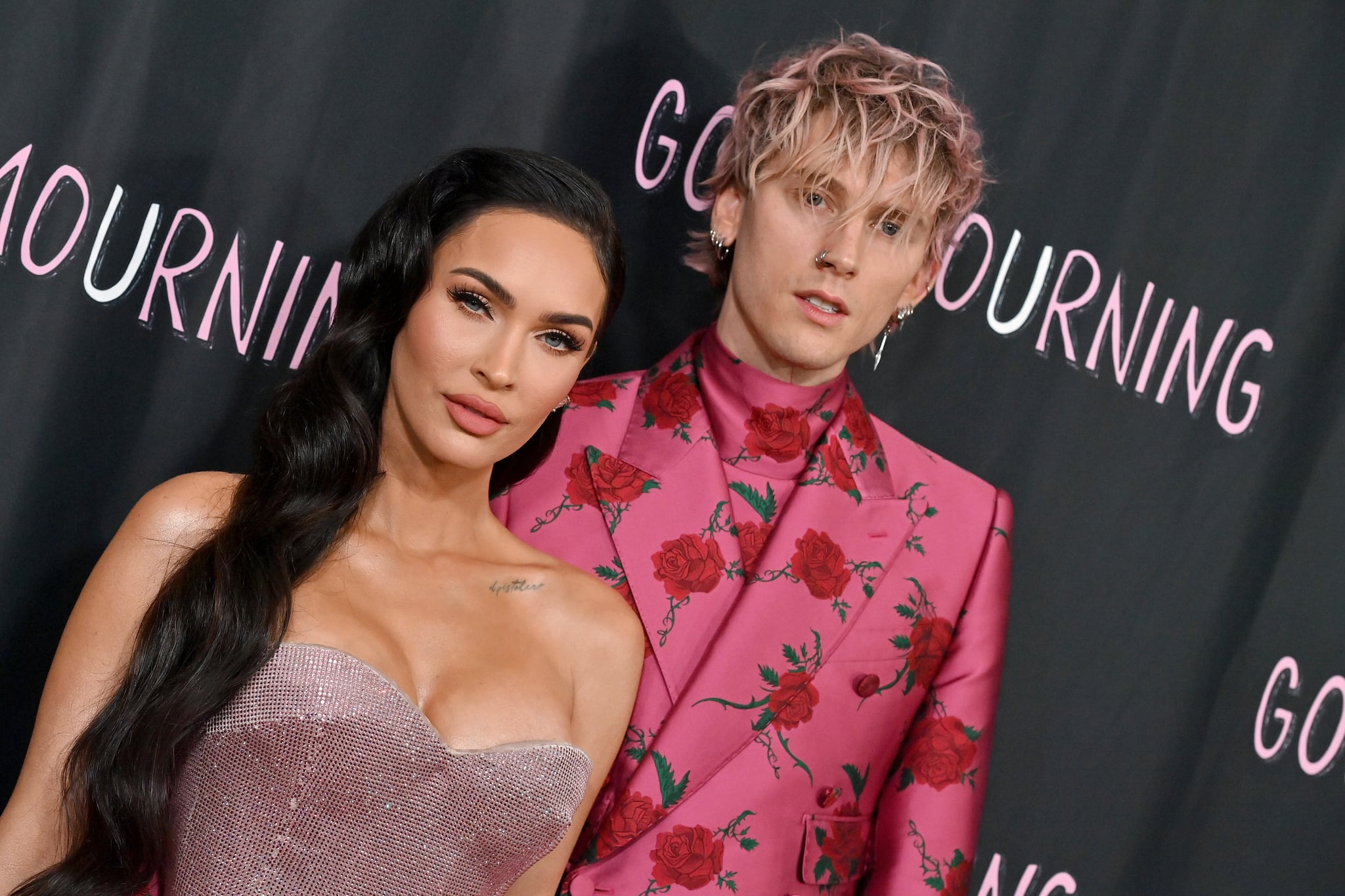 Fans believe that Machine Gun Kelly may have addressed a difficult and personal experience with his fiancée Megan Fox in his new song "Last November." The song, which was released on June 24, features lyrics that some fans think may reference a personal loss. Kelly previously dedicated a performance of his song "Twin Flame" at the 2022 Billboard Music Awards to "our unborn child" after telling the audience that he "wrote this song for my wife."

In a zine about "Mainstream Sellout," the album Kelly released on March 25, Kelly wrote, "The second part of ['Twin Flame'] . . . started as a song called 'One Day and 10 Weeks.' Then I made a song called 'Last November.' Neither expressed the sadness we experienced from what I will leave private, and I circled back to ['Twin Flame'] and decided to add on to the story. Our story."

On Friday, Kelly released the deluxe version of "Mainstream Sellout" featuring six new songs, including "Last November." Hours before the release, Kelly tweeted, "The song 'Last November' is the truth behind the second half of 'Twin Flame.'" The song features the lyrics, "You didn't wake up today / I didn't get to see your face / Was it my fault? Was it karma?" In the second verse, Kelly sings, "One day and another ten weeks / I never even got to hear your heart beat."

In the song's emotional chorus, Kelly sings, "So sad we ended up here / So sad, but everything's clear / Could I save your life if I pressed rewind? / I wish I could go back to November last year." The lyrics appear to align with the timeline Kelly mentioned in the "Mainstream Sellout" zine.

"Last November" was released on the same day that Roe v. Wade was overturned by the Supreme Court, which Kelly has publicly addressed. Abortion bans will make it more difficult for women to receive treatments for pregnancy loss, leading to deadly consequences for women who do not receive proper care. The ruling will also lead to the increased criminalization of women who have pregnancy loss, among other consequences.

The day after the Roe v. Wade decision was announced, Kelly wrote on Twitter, "as a man and as a father, i'm ashamed that anyone feels they have the right to regulate what women do with their bodies . . . i'm mad for you, and mad with you. im sorry . . ." Kelly is one of many public figures who has commented on the decision.

Related:
Abortion Funds to Support in Each of the States Most Likely to Restrict Abortion

Kelly has a 12-year-old daughter, Casie Colson Baker, from a previous relationship. Fox also has three children — Noah, Bodhi, and Journey — whom she shares with ex-husband Brian Austin Green.

as a man and as a father, i’m ashamed that anyone feels they have the right to regulate what women do with their bodies…i’m mad for you, and mad with you. im sorry…