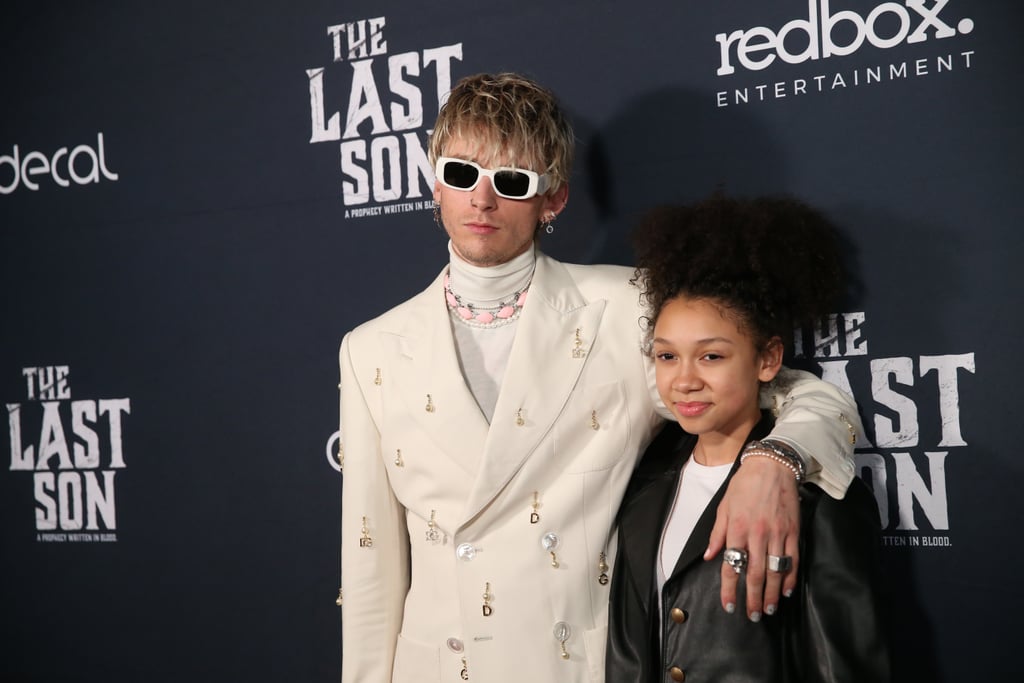 Machine Gun Kelly and His Daughter, Casie, Are an Adorable Daddy-Daughter Duo

Machine Gun Kelly and his 12-year-old daughter, Casie Colson Baker, are quite the duo! Fans can't get over the pair's cute moments together, from Baker holding his award for favorite rock artist at the 2021 American Music Awards to their secret handshake. He captioned photos from the award's ceremony — including a zoom-in on his ring that said "DAD" — "tWINning 🖤."

Baker, whom Machine Gun Kelly shares with ex Emma Cannon, has skyrocketed in height since she was her dad's plus one at the 2017 Nickelodeon Kids' Choice Awards. The two were recently seen walking the red carpet at the New York City premiere for MGK's upcoming Western film, "The Last Son," and during NBA All-Star Weekend with Lil Wayne.

Baker also is featured in her dad's new Hulu documentary, "Life in Pink," which gives fans an intimate look at the musician's life. "She's so excited for life," MGK says of his daughter in the doc. "I will take any amount of torture that would come her way if it can just be on me, so that she can keep that forever. It's worth living for."

We hope to see more of the father-daughter pair at future award shows. For now, keep scrolling to see their best red carpet moments throughout the years.