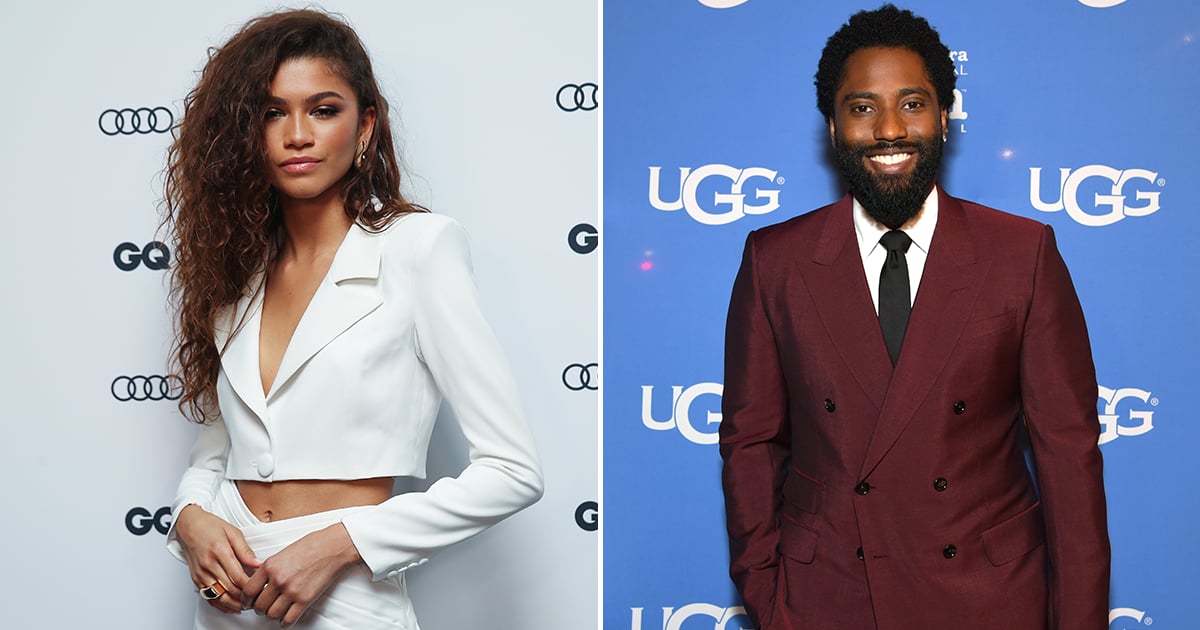 Zendaya and John David Washington's ultracryptic movie, Malcolm & Marie, has been sold to Netflix. On Sept. 13, Variety reported that the streaming giant secured worldwide rights to the film in a $30 million deal. The movie, which was filmed during the COVID-19 shutdown this past summer, will star Washington as a filmmaker and Zendaya as his girlfriend, detailing events that unfold after they return home from a movie premiere.

In the September issue of InStyle magazine, Zendaya spoke about working on the project amid the pandemic. "Our crew was a very small group of people who are also from Euphoria," the 24-year-old actress said. "And the No. 1 thing was safety. Everyone had to quarantine and get tested in order to shoot in isolation. We created our own little bubble and made sure that once we were in, we couldn't leave. We were able to workshop and rehearse together — it was very much like a play. I did my own hair and makeup and dressed in my own clothes. And then we shot in black and white on film, so we'll see how it turns out."

Deadline first broke the news about the movie on July 8, reporting that Zendaya reached out to Euphoria creator Sam Levinson to write the project, after production on their HBO series was shut down in March due to the pandemic. She asked if the director would be able to write and direct a film during quarantine and Levinson had the draft ready six days later.

After Levinson secured Tenet star Washington for the role of Malcolm, filming took place between June 17 to July 2 at the Caterpillar House, described as an "environmentally conscious glass architectural marvel." The film's producers, which included Levinson's production partner and wife Ashley Levinson and Kevin Turin, worked closely with doctors, lawyers, WGA, DGA, and SAG to meet all the requirements necessary for the film to legally go into production. Precautions that were taken included a two-week quarantine before filming began, cast and crew having their own separate dwellings with individual HVAC units, rehearsals in the parking lot, and temperature checks at the beginning and end of each day. Deadline has a complete rundown of all the safety measures taken and it's fair to say that production worked hard to ensure everyone's well-being.

The synopsis of the film is scant, but Deadline described the movie as having "some echoes" of Netflix's Marriage Story, while incorporating social themes related to what the world is experiencing right now. Euphoria cinematographer Marcell Rév and production designer Michael Grasley were also involved in the project, so however the story plays out, it's sure to be gorgeous. In what appears to confirm that belief, Zendaya shared a film still of the project on her Twitter account on July 8. The actress is seen leaning over Washington as he reclines against the side of what looks like a bed.

It looks particularly romantic, but if we recall, Marriage Story wasn't exactly a happy-go-lucky love story. For all we know, this scene could be a tense confrontation between lovers! It's all a mystery, but there's one thing we know for sure — we can't wait to see what it's about!