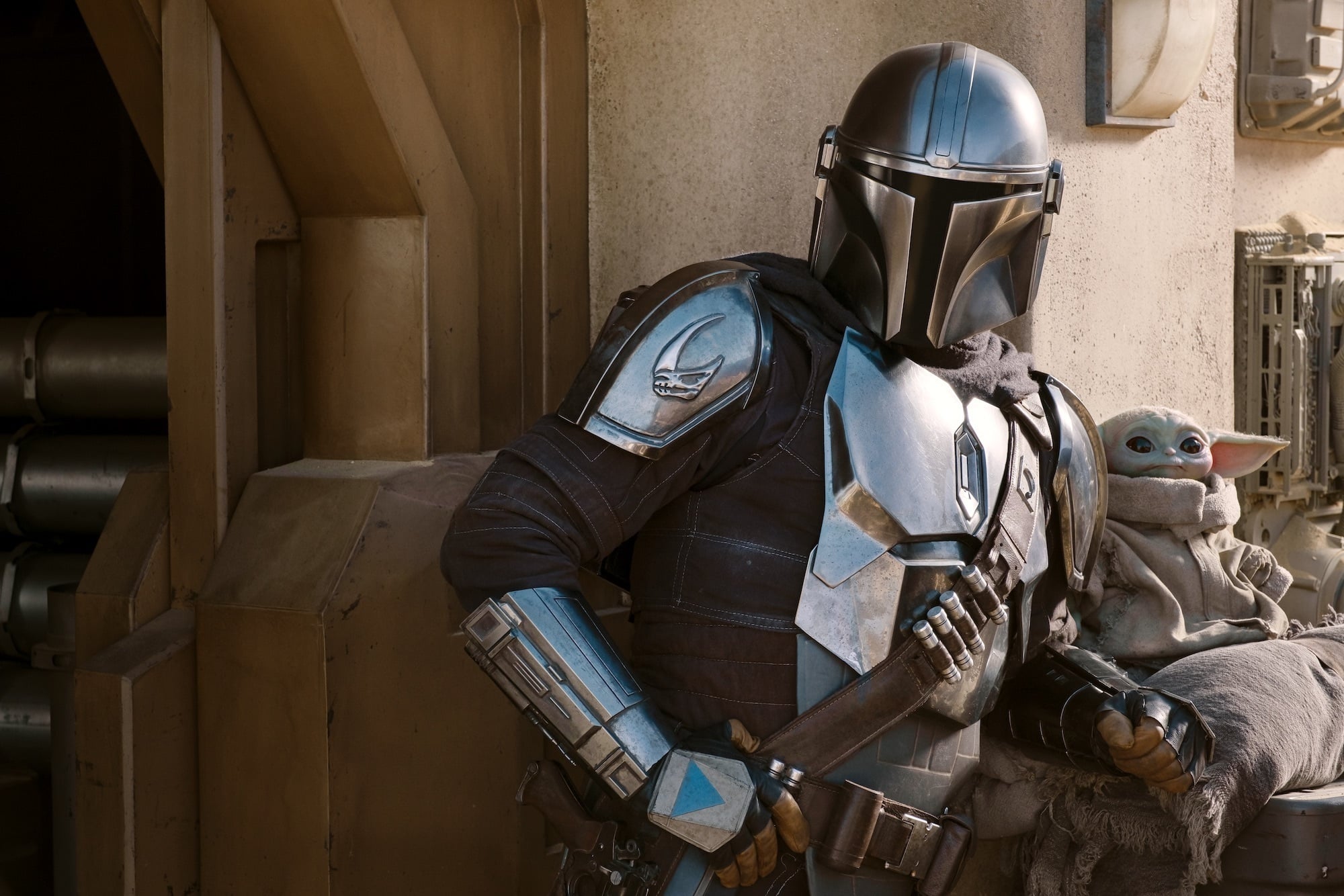 Out of all the surprising twists in the season two finale of The Mandalorian, the most shocking (and awesome) by far was the arrival of the Jedi that Grogu had connected with — and it turned out to be Luke Skywalker himself! With Luke's appearance here, set only a few years after Return of the Jedi, you might be wondering who actually was playing Luke, since Mark Hamill, obviously, is no longer the same age Luke should be at this point. But as it turns out, no one can play Luke like the original — it's really Hamill, with a little digital help.

Hamill was listed in the end credits of the episode, to remove any and all doubts about whether he was actively involved in shooting the pivotal scene where Luke arrives to answer Grogu's call and bring him to train as a Jedi. After the usual rundown of the main stars of the episode, from Pedro Pascal on down through all the regular characters, the main section of the credits ends with "and Mark Hamill." Just in case, Hamill tweeted slyly, "Seen anything good on TV lately?"

It's not the first time Star Wars has used cutting-edge digital technology to allow the stars of the original trilogy to reappear as their younger selves, even decades later. In fact, it's not even the first time Hamill has reprised the role of Return of the Jedi-era Luke! In 2019's final Skywalker Saga film, The Rise of Skywalker, a flashback shows Luke and Leia training with lightsabers as he trains his sister in the ways of the Jedi after the fall of the Empire. When they pause and remove their visors, the young faces of both Hamill and Carrie Fisher are clearly visible. For that sequence, Hamill played Luke, with digital technology replacing his face with his own younger self, and Billie Lourd stepped into her mother's shoes, serving as the body double for Leia, with Fisher's face digitally edited in. "It was a poignant thing, and something that nobody took lightly — that she was willing to stand in for her mom," Industrial Light & Magic's Visual Effects Supervisor Patrick Tubach told Yahoo at the time.

Similar technology was also used in a previous Star Wars film to "bring back" characters whose actors had aged or died since the original trilogy was filmed. In 2016's Rogue One, two original characters were digitally created from a combination of live-action body doubles and digital editing. Peter Cushing's Grand Moff Tarkin was one of the movie's villains, with multiple appearances, and in the final moments of the movie (which connect up to the beginning of the original A New Hope), Leia is revealed in her iconic white dress, uttering a single line — which was actually done in Fisher's voice, too, pulled from archival audio.

Like the Rogue One characters, The Mandalorian's version of Luke is a composite of a live-action double and Hamill's "young" face and voice. The credits for the episode list Max Lloyd-Jones as "Double for Jedi," and since there's no other Jedi in the episode, it's pretty clear he's the body double who "plays" Luke Skywalker. Hamill actually has appeared on The Mandalorian before — he made a voice cameo as a cantina bartender in the first season — but his unexpected return as Luke is possibly the biggest headline out of an episode that's pretty much nothing but big headlines!