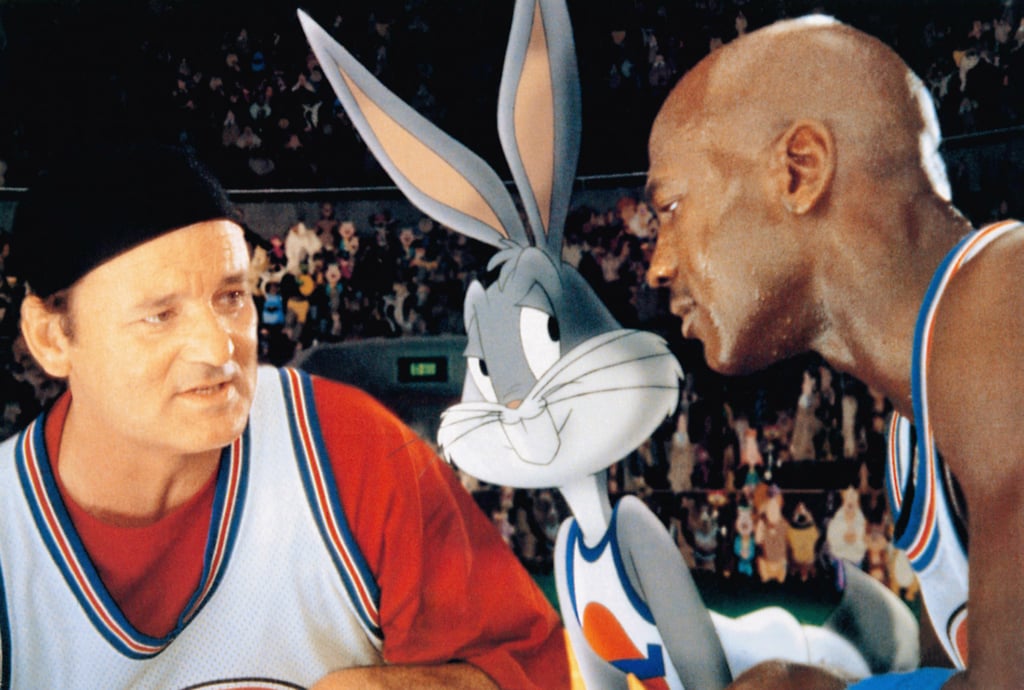 13 Pictures and GIFs of Michael Jordan in Space Jam, Just For Nostalgia's Sake

Michael Jordan is a living icon of the 1990s, and there's nothing more '90s about his legacy than his appearance in Space Jam. The iconic comedy cast Jordan and some of his fellow basketball stars opposite pro actors like Bill Murray and, most famously, the animated cast of Looney Tunes characters. The plot — which revolves around a basketball game to determine the fate of the cartoon characters — isn't nearly as famous as the concept itself, and the movie was, predictably, a box office success but not such a success with critics. According to Deadline, a sequel is planned for 2021 and is set to star LeBron James. Before the new movie comes out, revisit some of Jordan's iconic moments from the original in the gallery ahead!