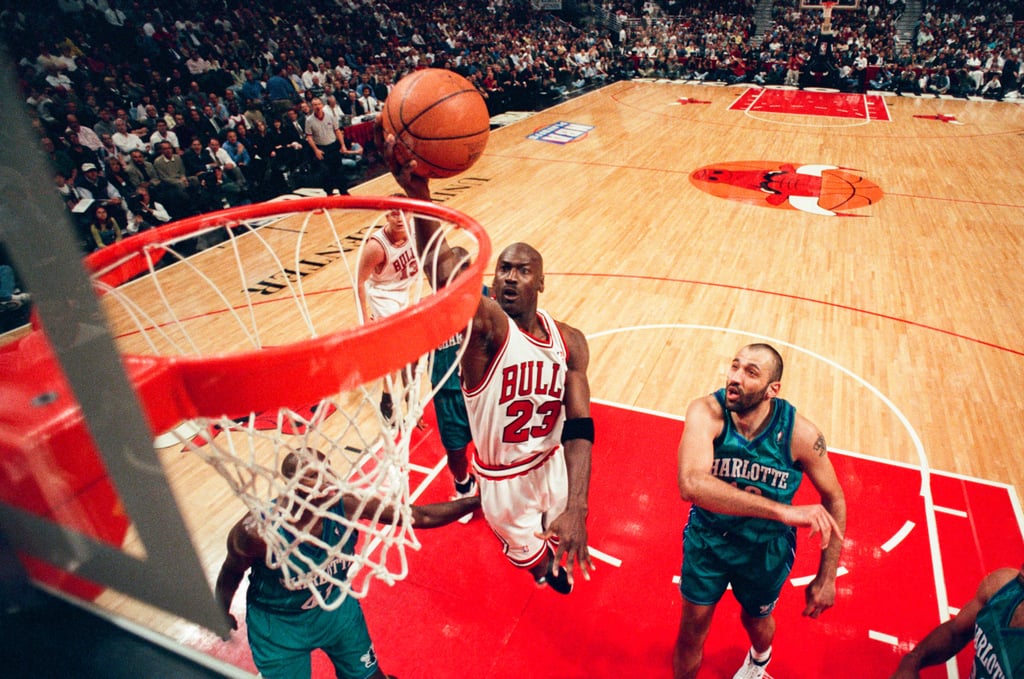 Michael Jordan is arguably the greatest basketball player of all time, and when you take just one look at his game, you can see why. The ESPN documentary The Last Dance, now streaming on Netflix, follows the five-time NBA most valuable player as he plays his final season with the Chicago Bulls, and the series features stunning footage of Jordan raining down dunks and soaring through the air like gravity doesn't exist. (There are also present-day interviews with players, members of the media, and high-profile fans like Barack Obama and Justin Timberlake.) If you just can't get enough, see magical moments from throughout his career ahead.