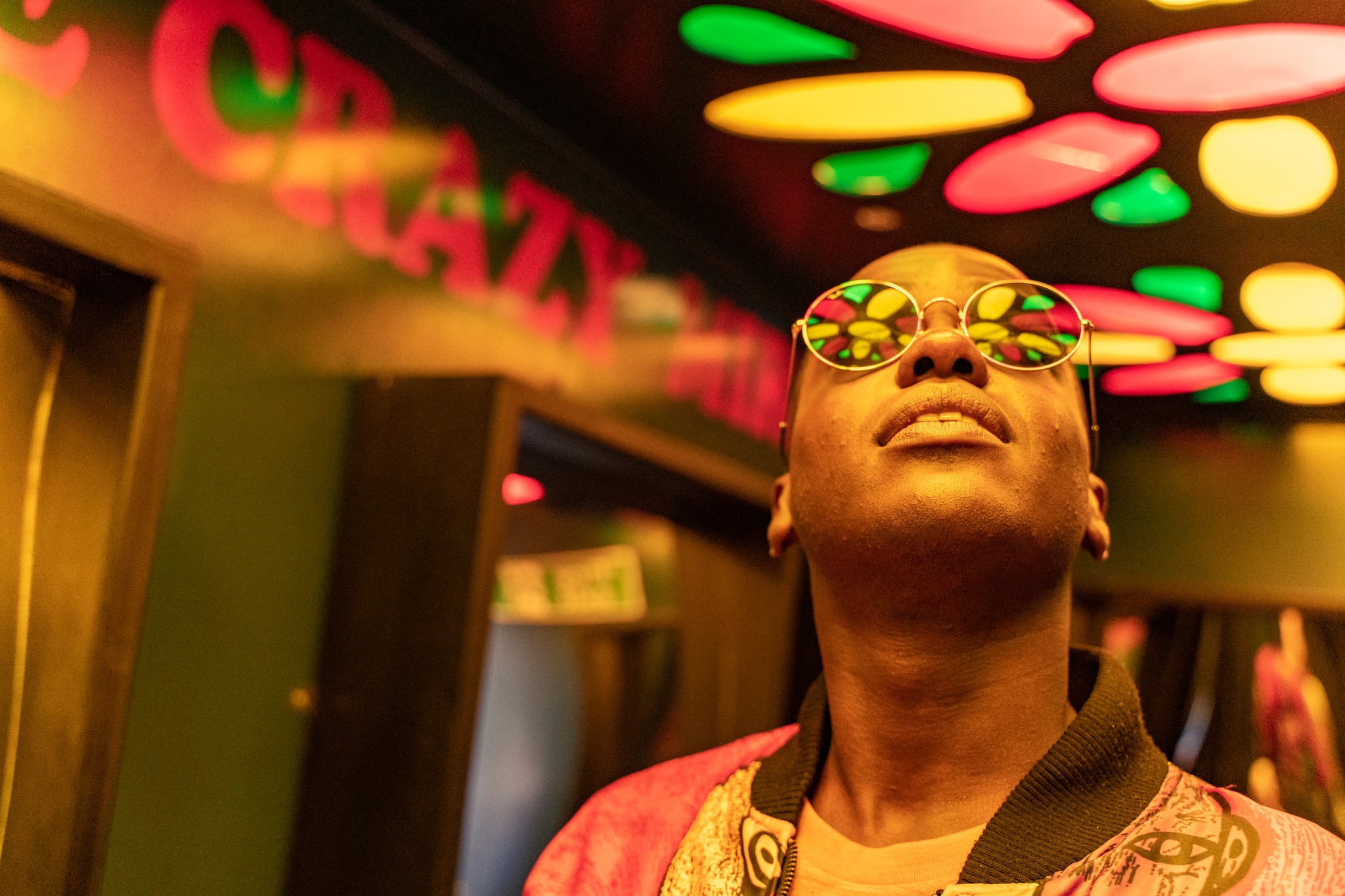 Unlike many TV shows in the dramedy genre, Sex Education never box ticks for the sake of it, yet the show is unquestionably inclusive. The show's creator and writer, Laurie Nunn, crafted an ensemble of characters that are layered and intersectional, and most importantly believable. One character this is especially true for, is Eric (Ncuti Gatwa).

This season, Eric dates the new boy at school, Rahim, but at the same time they're falling in love, he also struggles with his developing feelings for Adam. On one hand, Rahim is an expressive, openly gay man who's comfortable showing his love for Eric publically, and on the other, Adam is still in the closet and struggling to understand his sexuality and the feelings he has for Eric. Just as we saw Eric in season one explore the boundaries between his family's expectations of him while learning to accept his identity as an exuberant and expressive gay man, season two sees him battle with his conflicting feelings for two very different men, while also evaluating his own religious beliefs, which vary greatly from his atheist boyfriend's.

"I think it's about time that we start showing LGBT people, start sharing new stories being very nuanced, very fully fleshed, and a lot more of them."

"[With Eric and Rahim] you've got this young, gay couple, who are both openly gay but think completely differently about religion — and that's very interesting," Gatwa told POPSUGAR. "So I am happy that Sex Education is portraying those types of relationships to be very nuanced because I think, in the past, they haven't been . . . I think it's about time that we start showing LGBT people, start sharing new stories being very nuanced, very fully fleshed, and a lot more of them." 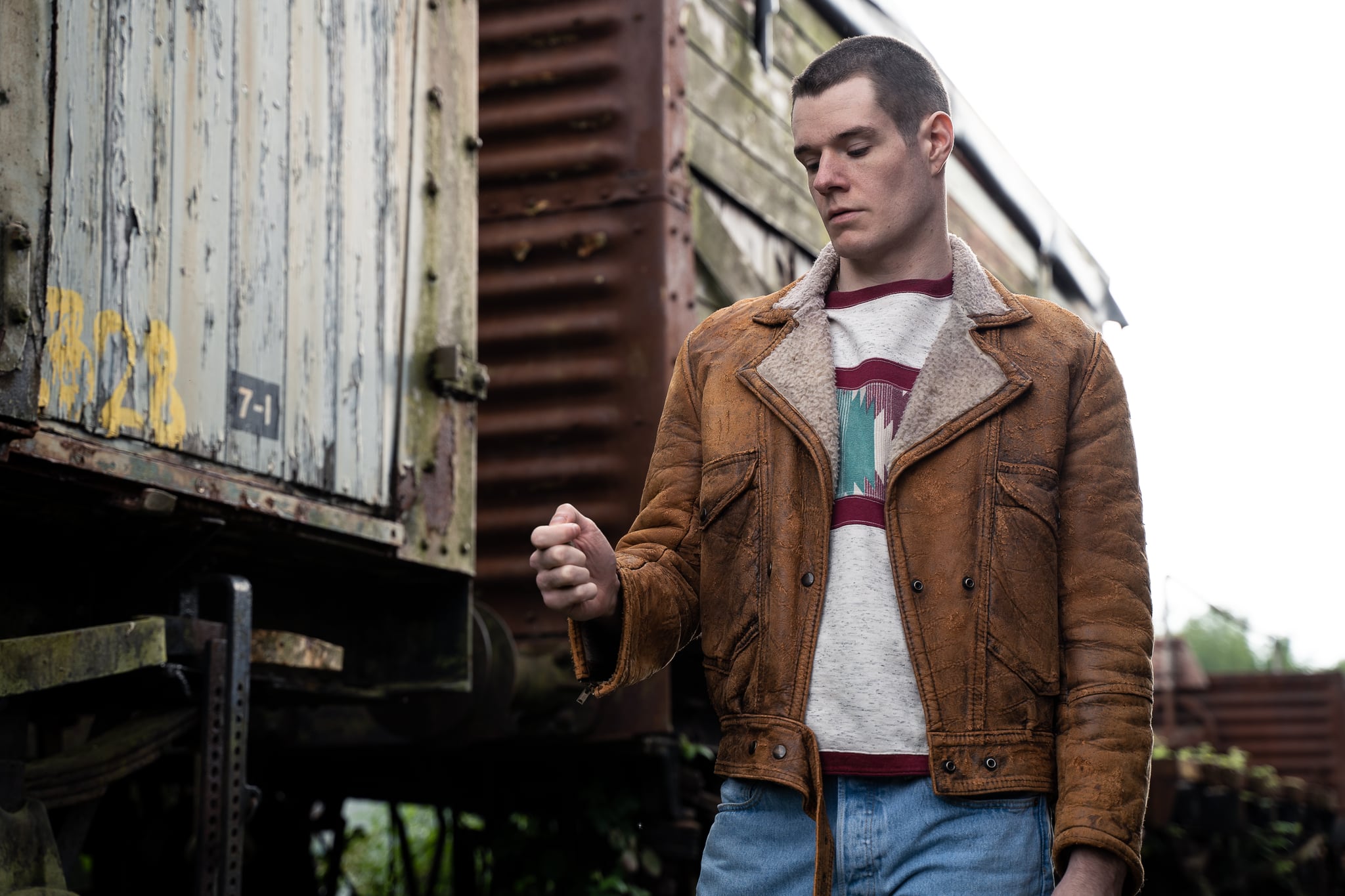 "[Sex Education] treads a thin line between absurdity and realism, and that's what makes the sincere moments even more profound," Connor Swindells (who plays Adam Groff) told POPSUGAR. The musical scene — led by resident free spirit and loveable kook, Lily (Tanya Reynolds) — in the final episode of season two is the perfect example of this. As the season progresses, the school's musical production of Romeo and Juliet is twisted into an outlandish, penis-filled show that ends up being the absurd backdrop to one of the season's most poignant moments: where Eric finally chooses between his two love interests, Adam and Rahim (Sami Outalbali).

Aimee's (played by Aimee Lou Wood) experience with sexual assault in season two is one example of how the show portrays a tough issue with honesty and humor. In episode three, she hops onto the bus on her way to school, holding a homemade cake for Maeve's birthday. Then she notices a man standing behind her masterbating onto her jeans. When she arrives at school, she tells Maeve, "I was on the bus, and then a guy wanked on my leg, and I got a bit of a shock, and I smooshed the cake." Maeve immediately tells Aimee realize how serious this is, replying "You have to report it . . . you've been assaulted," but Aimee isn't so sure. "I think he was just lonely. Or not right in the head, or something, which is weird 'cause he was quite handsome," she says. "It's silly! I'm fine, honestly."

But when Aimee realizes the incident is, in fact, sexual assault, it completely changes her view of the world. It's a stark contrast to her usual happy-go-lucky character, and is a far cry from the empowered sexual liberation she fought for in season one.

"[The show] treads a thin line between absurdity and realism, and that's what makes the sincere moments even more profound."

Nunn admitted Aimee's sexual assault story came from her own personal experience — one she always knew she'd one day write about. Often, on screen, sexual assault is depicted as being violent, and Nunn deliberately chose to write about an incident that, at first, Aimee tried to brush off. "I think what I wanted to highlight was . . . as a female, what it feels like to move through the world and know from such a young age that you're not entirely safe," she explained. The story comes to a head in episode seven, when the female characters are thrown into detention together, and are forced to figure out the one thing they all have in common.

Until this point, it seems like some of the female storylines will fall into the usual tropes we've seen over and over again in other shows — like fighting over a boy. But through a Breakfast Club-style series of events, it becomes clear that it's the universal experience of harassment that really binds the women. Emma Mackey (Maeve) said the actors all felt proud to have been involved in such an empowering scene. "I just feel like it's very rare to see lots of strong female women — very, very different young women — all in one same room together and see what happens," she said. "It's quite magical."

Just like each character's unique experiences, every episode explores a multitude of themes that adds to the intricate tapestry of the show's storylines. "It never really feels like there's an issue-based episode. It's never, 'Oh, this is the pansexual episode,'" director Ben Taylor told POPSUGAR. Everyone has their own struggles — and they're often dealing with more than one at a time — and this is true for the teenagers (and their parents) in the show too. No single episode is defined by a specific issue that, by the time the credits roll, is easily tied up in a neat little bow. 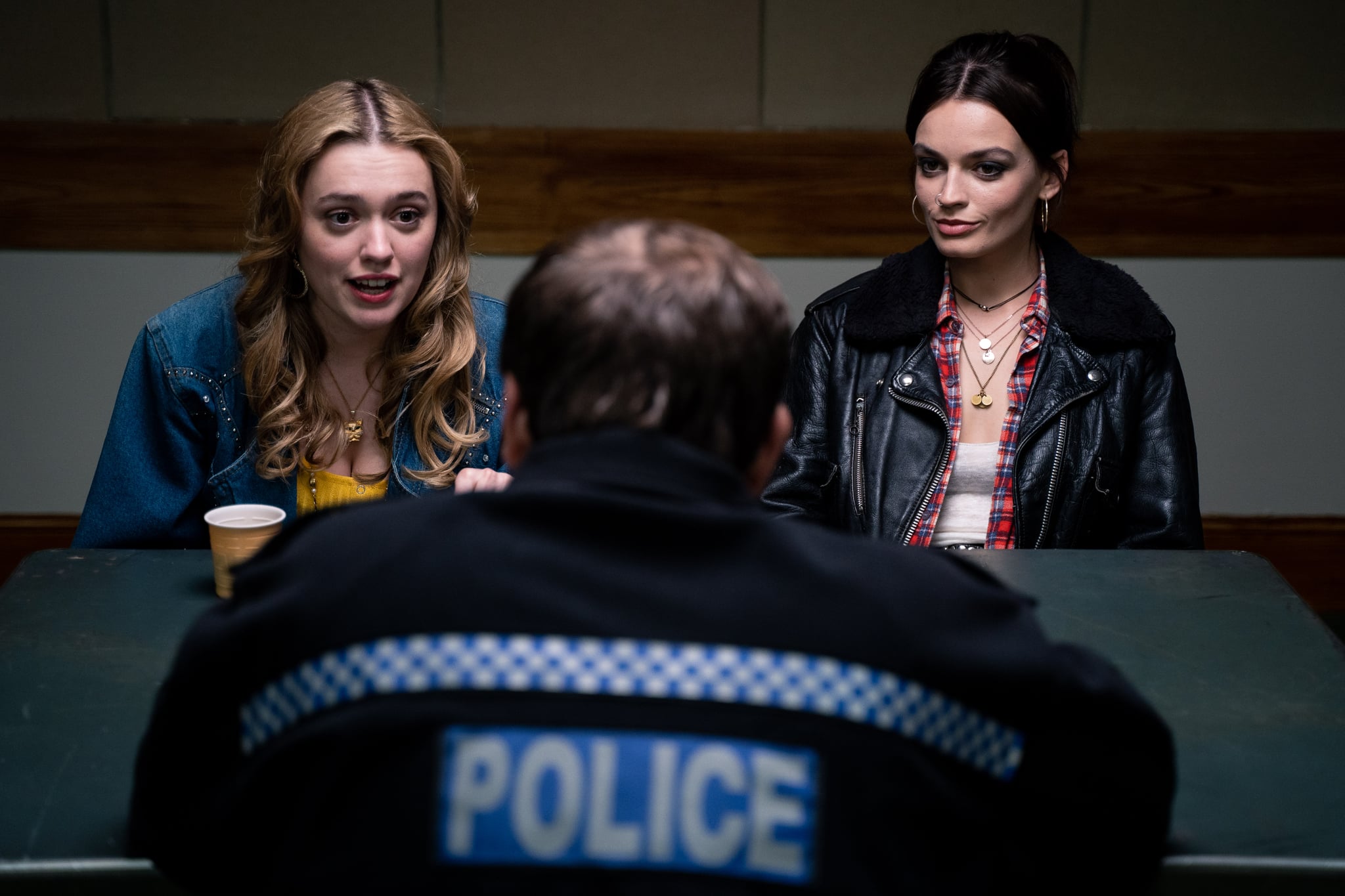 It's obvious that Nunn and Taylor are on the same page with the direction they hope Sex Education will go if (or, let's be honest, when) Netflix picks it up for a third season. They both explained that the storylines are born from trust and honesty within the creative team. "I was able to attend the first week of Laurie's writer's room with the first series and it involved a lot of sharing," Taylor said. "And there's this weird therapy field where it's like, 'Oh, God, you felt that too or did that too?' You realize across the age ranges that —" Taylor continued before Laurie finished his sentence, saying, "it doesn't change." Taylor added, "it doesn't change and it never leaves your mind." No doubt, this trust and their clear vision shines through. The show breaks down boundaries, opens lines of honest communication, and appeals to a wide audience by portraying the universal experiences of adolescence. This is exactly why so many people have related to the stories.

Gatwa and Butterfield agreed they see Sex Education as a safe space for everyone. And as for their hopes for season three? "I guess, [I hope to] continue to spread a message of empowerment and, I don't know what the word is, but like, okayness? Like you're OK," said Gatwa. "[We want the show to be a] place of inclusivity and acceptance," Butterfield agreed. "Accept yourself, accept others. That's what the show challenges and I'm sure Laurie [Nunn] has got a lot of plans."

Music
From Diddy to Brandy, Check Out the Best Performances From the 2022 BET Awards
by Monica Sisavat 3 hours ago