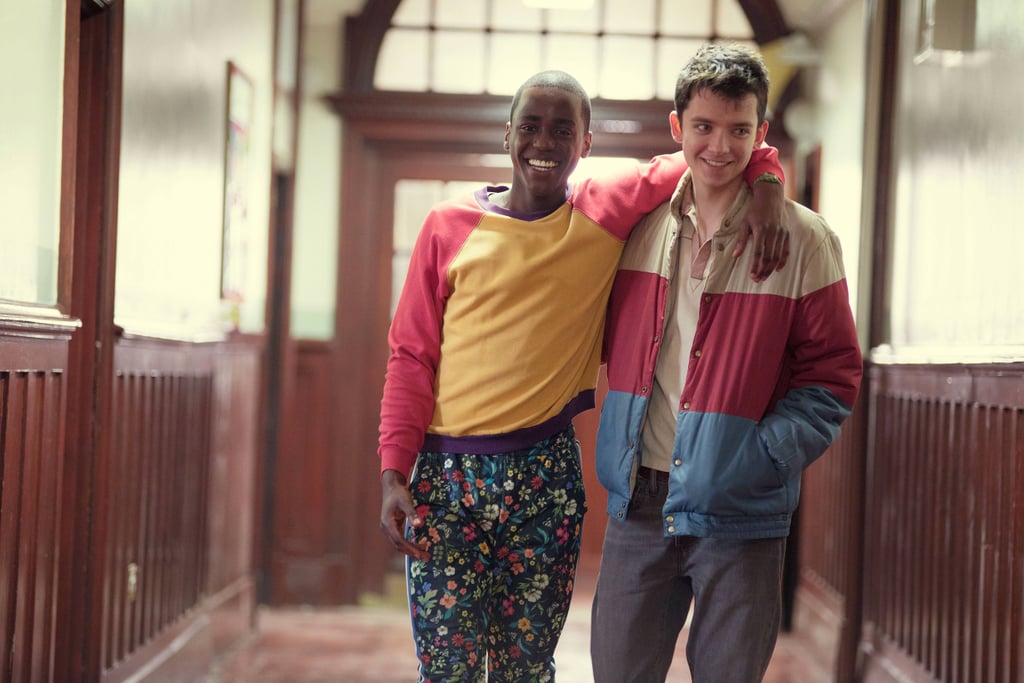 The next time I look "delightful" up in the dictionary, I hope Webster's will have updated it to the word's most accurate definition: a photo of Sex Education's Eric Effiong.

The character is the beating heart of the British Netflix series, which dropped in January to critical acclaim and has quickly become one of the streaming giant's most successful shows. Eric, a gay high school student played by the fabulous Ncuti Gatwa, is introduced as the best friend to Asa Butterfield's Otis, who starts an underground sex clinic to help his peers fully understand the birds and the bees. While Eric easily could've been written as a stereotypically flamboyant, sassy sidekick to awkward, mild-mannered Otis, Sex Education gives us a complex, fully realized character who isn't defined by his sexuality. Each episode explores Eric's struggles with his identity, without ever trivializing them.

It's no wonder, then, that so many fans are praising the series for including a gay teenager of color who gets his own storylines and who has the most beautiful character arc of anyone on the show from start to finish. Whether it's for his phenomenal taste in glitter eye shadow, his relationship with his father, or his pure heart, the love for Eric has been nonstop on social media, as you can see in the heartwarming (and hilarious) tweets about him — and his connection with Adam, obviously — ahead.