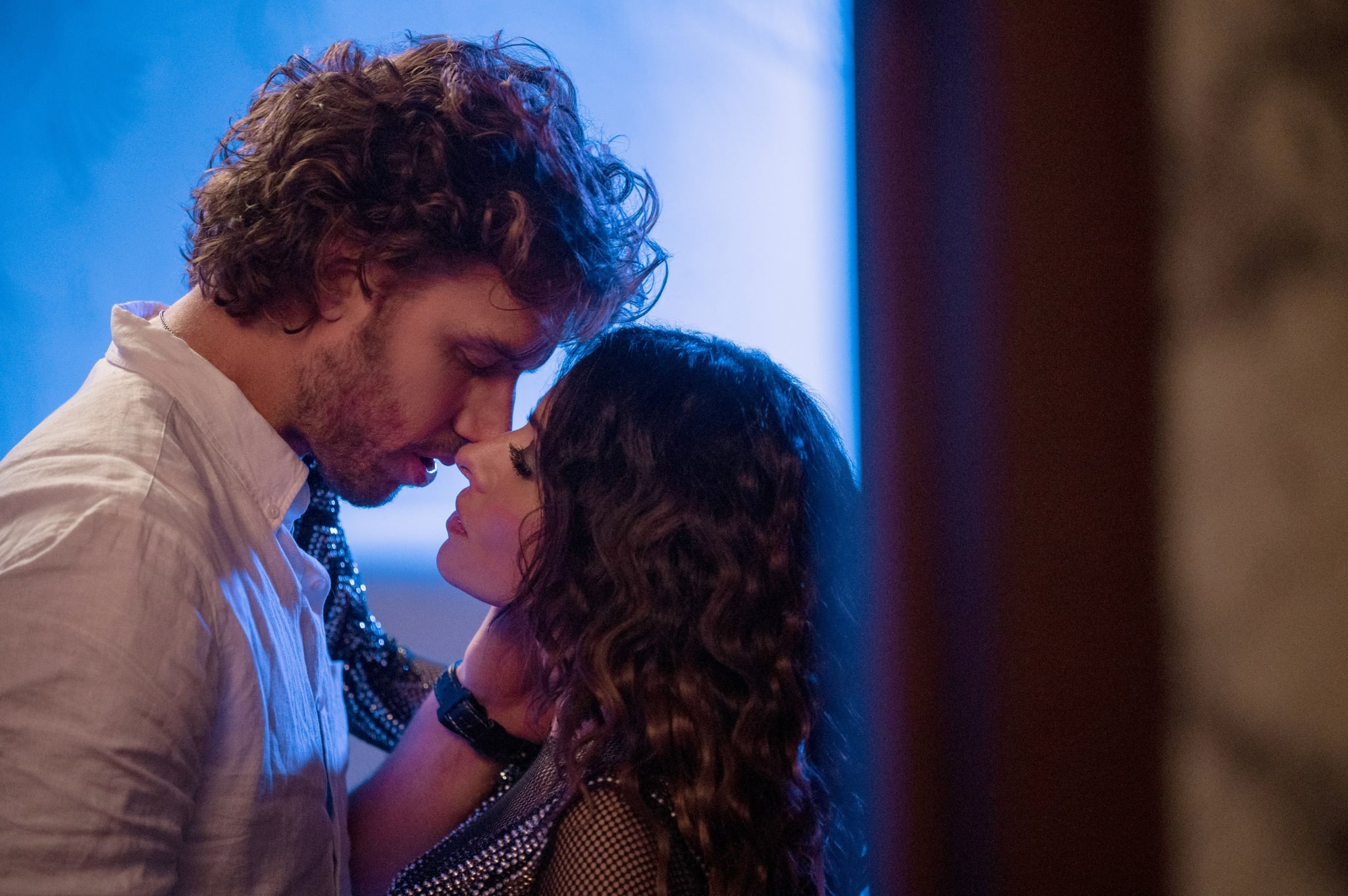 Just when we didn't think Netflix could get any steamier than Bridgerton, the streaming platform went and dropped the first season of Sex/Life, and damn, have our lives changed for the better. Thanks to those tantalizing sex scenes and episode three, minute 20 (IYKYK), Sex/Life has left viewers weak in the knees in anticipation of a second season. So what's the sitch? Netflix has officially renewed the show for a second season, so you can expect to see a lot more of Brad Simon's (Adam Demos) chiseled body — thank goodness.

Production for the second season is set to begin soon in Toronto, and all of the show's main stars including Demos, Sarah Shahi (Billie Connelly), Mike Vogel (Cooper Connelly), and Margaret Odette (Sasha Snow) will be back. Though Netflix hasn't announced an official release date for season two, you can expect all the steaminess you loved about season one.

Since Sex/Life has officially gotten the go-ahead for another go-around, what wild shenanigans and sex-capades will Billie, Cooper, and Brad be up to next? (If you haven't binge-watched the series yet, you've been warned: spoilers ahead!)

Related:
Here's the Deal With Adam Demos and *That* Sex/Life Shower Scene

In the last episode, suburban mom Billie makes a split-second decision to pursue a physical relationship with her sexy old flame, Brad; however, she still has all intentions of staying married to her husband, Cooper. Desperate to catch Brad before it's too late, she rushes to see him. Meanwhile, Cooper is receiving live updates of his wife's whereabouts through their family location-tracking app. When he sees Billie's pin hovering in SoHo by Brad's apartment, it's game over.

Before Brad can respond to Billie's no-strings-attached proposal, the screen pans to black, and we're left with a major cliffhanger. Speaking with TVLine, showrunner Stacy Rukeyser hinted to Billie's half ultimatum as a potential storyline for a second season. "I don't know what Brad is going to say to her," she said. "He really put his heart out there on the driveway and proposed a happily-ever-after to her, and that is not what she's proposing to him. I'm not sure if Brad will say yes to that or not. But that's what we're hoping to get a chance to explore in season two."

Since the show was inspired by author BB Easton's self-published diary-style memoir, 44 Chapters About 4 Men, and we know Easton went on to pen a spinoff series that included Skin, Speed, Suit, and Star, we can't wait to see what comes next for these hot and complicated relationships in season two.