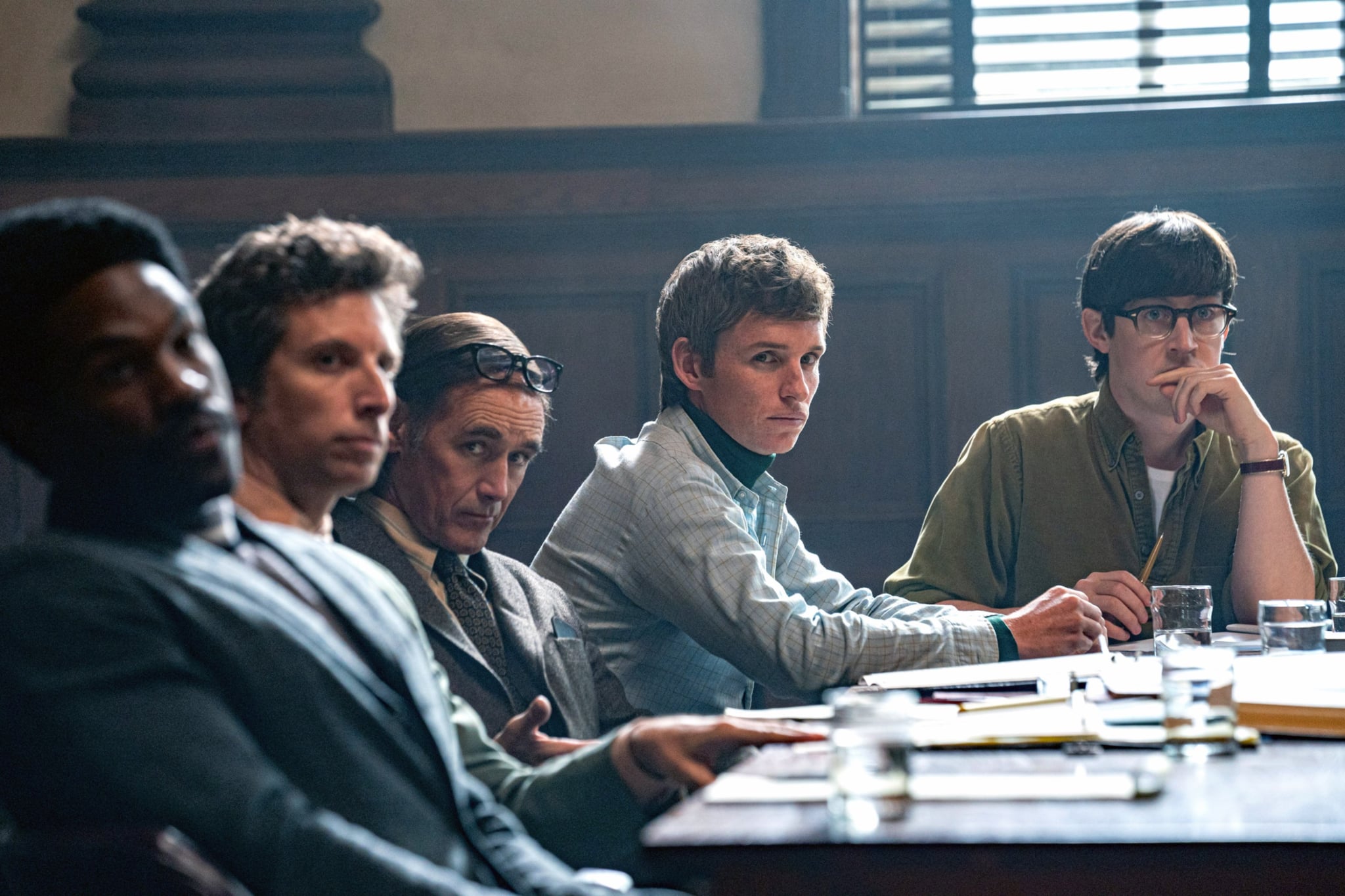 Thursday marked the 51st anniversary of the verdict featured in The Trial of the Chicago 7, and in honor of the milestone, Netflix is streaming the 2020 film for free on their YouTube for 48 hours starting at midnight. Starring Yahya Abdul-Mateen II, Sacha Baron Cohen, Jeremy Strong, and Eddie Redmayne, the Aaron Sorkin-directed film follows the infamous case of eight men — Abbie Hoffman, Jerry Rubin, David Dellinger, Tom Hayden, Rennie Davis, John Froines, Lee Weiner, and Bobby Seale — who were indicted for inciting riots at the 1968 Democratic National Convention in Chicago.

"It's our honor to share their story with the world."

"Since my initial introduction fourteen years ago, my relationship to the story of The Trial of the Chicago 7 has changed significantly," Sorkin said in a statement shared by Netflix. "When we began shooting last winter, we knew the story we were telling was not only an important chapter of American history, but was plenty relevant to current events. We certainly didn't need it to get more relevant, but it did. To commemorate the anniversary of the verdict in this historic trial, we've made the film available on YouTube . . . remembering the real patriots who inspired a generation — actually, generations — to take to the streets and uphold the foundations of our US Constitution, along with the courageous voices that continue to do so today. It's our honor to share their story with the world."

Related:
11 Movies Like The Trial of the Chicago 7 That'll Have You Saying, "Order in the Court!"

The Trial of the Chicago 7 first premiered in October 2020, and since then, it's generated tons of award-season buzz. The movie is nominated for five Golden Globes, including best motion picture (drama) and best screenplay, as well as three SAG Awards.