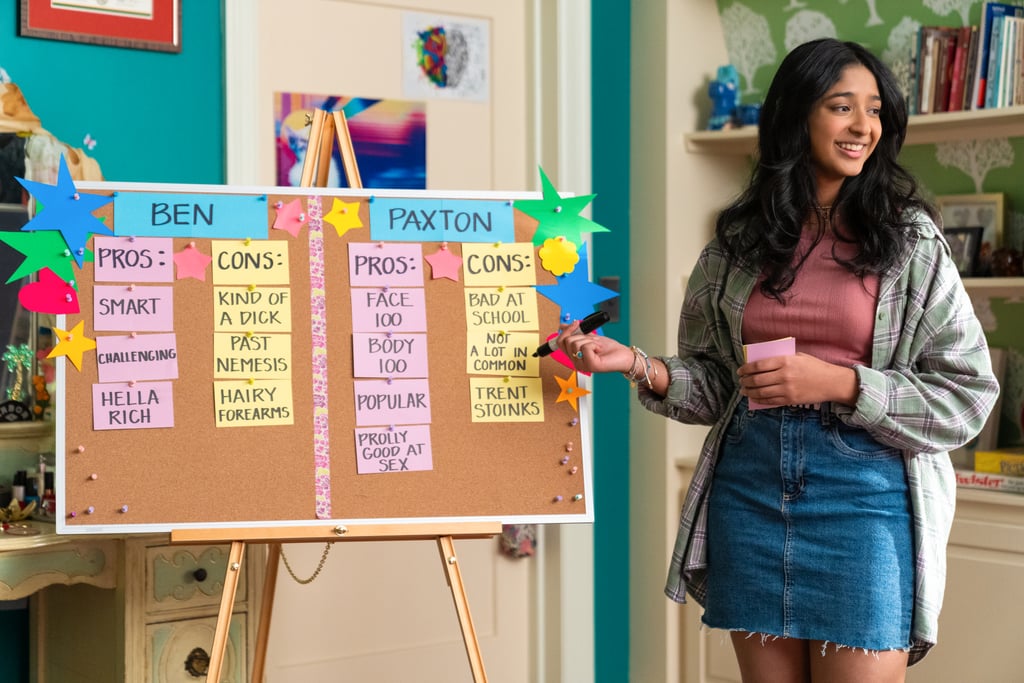 The wait for more Never Have I Ever episodes is almost over! On Wednesday, Netflix announced that the second season of Mindy Kaling's hit series would be dropping on July 15. In addition to the release date, they also shared a handful of first-look photos of the upcoming season. Just as we expected, it seems like Devi is having a hard time deciding between Paxton and Ben after that cliffhanger season one ending. In one photo, we see Devi with a cork board that shows pros and cons for each love interest. Classic, Devi. Plus, there are a handful of new faces this season, including Common, who will be playing Dr. Chris Jackson, "a suave and debonair dermatologist who works in Nalini's building." See more photos from the upcoming season ahead.

Netflix
The Pogues Might Be Going to the Bahamas, but Outer Banks Season 2 Wasn't Filmed There
by Grayson Gilcrease 2 hours ago

Netflix
Never Have I Ever . . . Wanted to Be More Like Devi Vishwakumar
by Navi Ahluwalia 22 hours ago