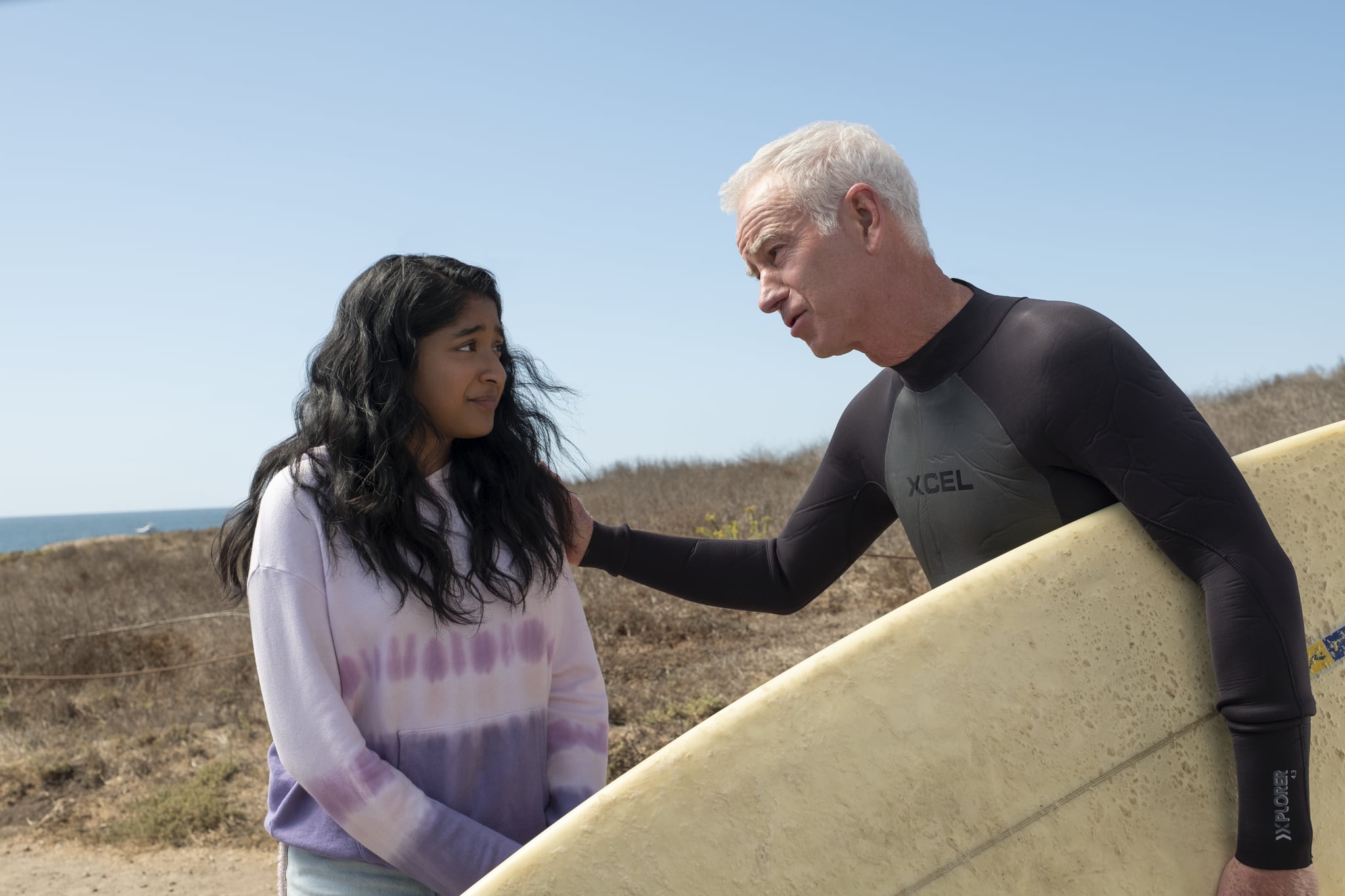 On Wednesday, Netflix announced in a tweet that Never Have I Ever has been renewed for season two. After the season one finale — which ended on a cliffhanger involving a potential love triangle between Devi (Maitreyi Ramakrishnan), Paxton (Darren Barnet), and Ben (Jaren Lewison) — there's no telling where the story could go, but we have a few suggestions.

❗️❗️ MAITREYI GOT BANGS ❗️❗️ oh yeah, and Never Have I Ever got a season 2 🙃 pic.twitter.com/sHJhjQMmXb

When thinking about season two, the main focus will likely be Devi (after all, it is her story). However, it would be interesting to have more Devi-adjacent stories (à la the "Ben Gross as the loneliest boy in the world" episode). Like what about Fab (Lee Rodriguez) and Eleanor's (Ramona Young) families, the dynamics of the Hall-Yoshida clan, or even Kamala's (Richa Moorjani) life at school? Now that we've gotten the renewal news, here are just a few things we hope to see in season two of Never Have I Ever:

So until Netflix releases season two, we'll be watching one of these other 21 high-school-centric series. And yes, Ben is absolutely us waiting to hear more about a release date.