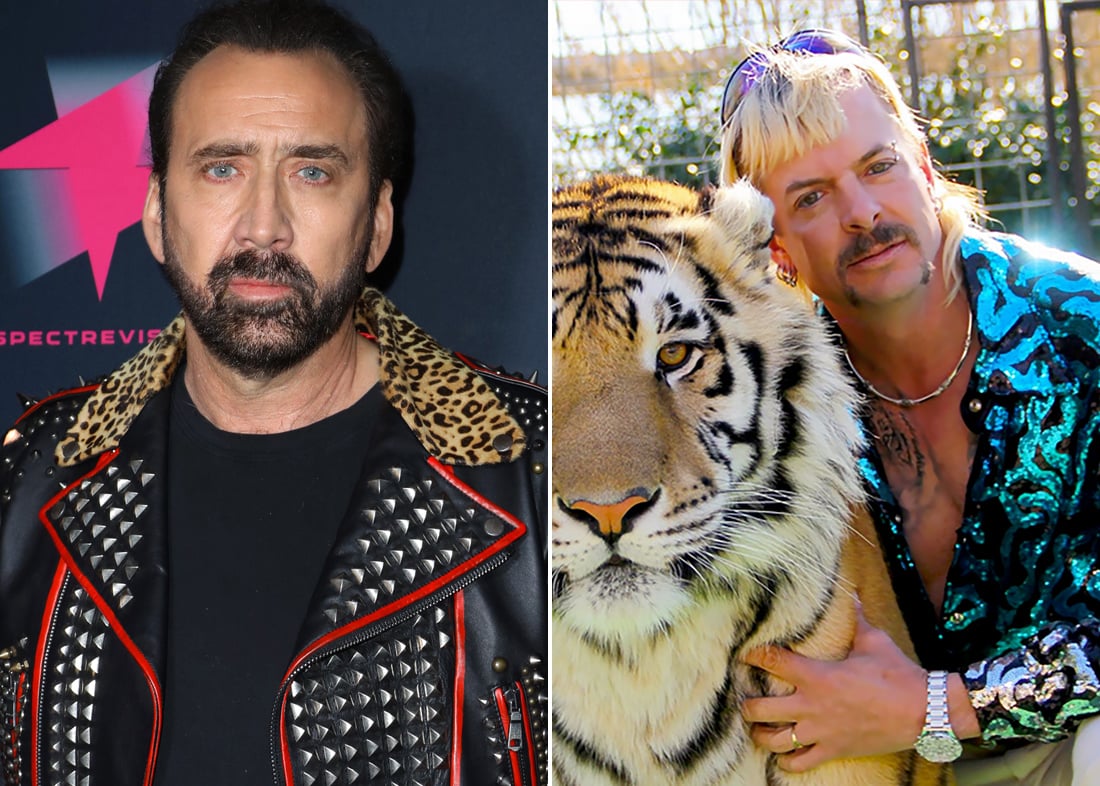 In a wild turn of events, Netflix's runaway hit Tiger King is getting yet another scripted adaptation, and Nicolas Cage has been tapped to play the Tiger King himself: Joe Exotic. It's only fitting that an actor known for fantastic memes will be playing one of the best sources for memes in 2020. All jokes aside, this is a pretty big deal, as this will be Cage's first ever television role.

While Kate McKinnon's series, in which she plays Carole Baskin, will be based on the Wondery podcast Joe Exotic, Cage's eight-episode series will be adapted from the Texas Monthly article "Joe Exotic: A Dark Journey Into the World of a Man Gone Wild" by Leif Reigstad. If the image of Cage in a bleach-blond mullet and sequin shirt isn't enough to get you excited, American Vandal showrunner Dan Lagana will serve as writer, showrunner, and executive producer. While a release date and title haven't yet been announced, we can't help but give a suggestion of our own: Joe Exotic: UnCAGEd.