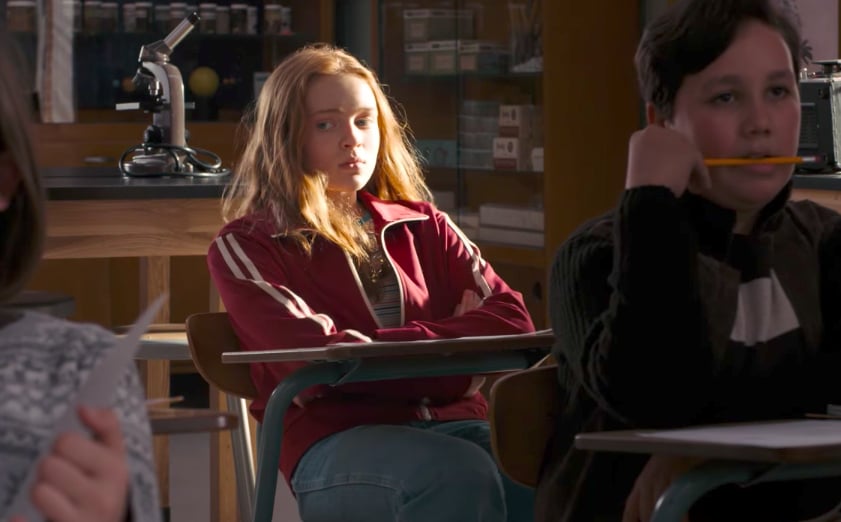 Of all the information we've gotten about the new characters, specifics about Sadie Sink's role remain the most mysterious, although we do get a good look at her playing Max in the trailer (above). The only thing the Glass Castle actress told the Comic-Con audience about Max is that "she moves from California, so that's how she fits into season two."

The first episode of season two is titled "Madmax," so luckily it seems the show won't waste any time introducing her. Back in 2016, TVLine reported that her character is a "tough and confident" tomboy who uses her skateboard "to get around everywhere."

HBO
What's Going on Between Harper and Cameron on "The White Lotus"? 3 Theories
by Grace Orriss 11 hours ago