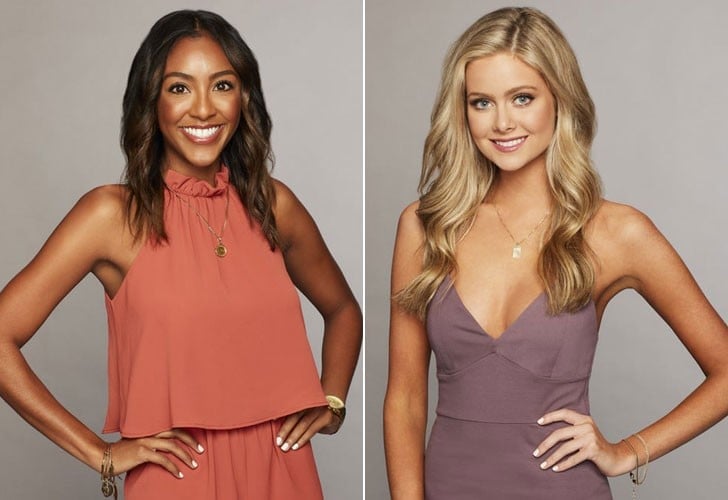 We already knew the last breakups of the season were going to be rough, but the raw emotion from Tayshia, Hannah, and Colton was unexpected. First, Colton visited Tayshia, who was pleasantly surprised to see him since they had just been in the Fantasty Suite and it hadn't ended the way she wanted. Of course, it all changed when Colton began his speech with the dreaded compliment sandwich, telling her that she was "incredible" but that he was in love with Cassie. Things quickly progressed to the heartbreaking moment when Tayshia asked that they step away from the cameras, but their mics were still on. We could hear as Colton broke down in tears, telling Tayshia that he was sorry and she began crying in response.

Things went similarly between Colton and Hannah in the beginning, but the blonde was a lot more demanding of answers than Tayshia was. She had just finished a confessional in which she revealed that she was ready to finally say that she was in love with him when Colton came to speak with her. When he broke the news to her, she was understandably confused, especially after Colton told her, "I thought it was gonna be you." In case anyone is wondering, that isn't the greatest thing to say to a woman you just dumped for someone else. By the end of it all, Hannah told Colton to leave, visibly overwhelmed and crying. Colton left her room only to have another breakdown in the hallway, needing to be comforted by a producer on the show. "That's literally how much I love Cassie — I'm willing to walk away from someone that great," he sobbed.

TV
The Powerpuff Girls: Everything You Need to Know About His Infernal Majesty, aka HIM
by Chanel Vargas 22 hours ago